As as Pirate fan, it's been a big change the past couple years to be adding rather than subtracting at the end of the season.  And late season pickups like Marlon Byrd have been a big part to the success the team experienced heading into the fall months.  The down side if that most of those guys have missed out on having cards as a Pirate. 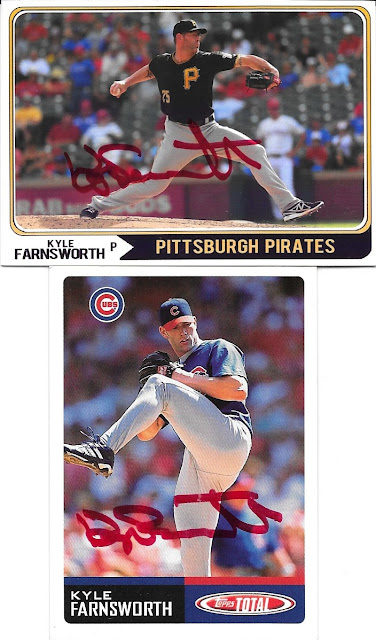 But with a little photoshop magic and some good signers, I've been able to fill in some gaps in my collection.  Kyle Farnsworth is a guy who it feels like has been around forever.  But he was a decent bullpen addition plucked off the scrap heap for the Pirates.  There aren't a ton of photos from his short Buc tenure out there, but I was pretty happy with how this card turned out.