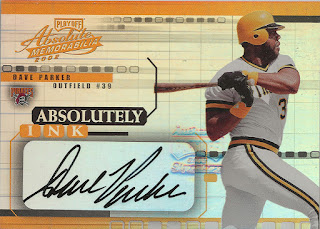 While in many ways it feels like I never left collecting, a lot can change in two years.  I was read to be back on the wagon and post two days in a row until my scanner had different plans.  I had been using the same all-in-one printer/scanner since before my blogging days, but we bought a new printer in late 2018.  I've scanned some things for work, but never had to give much thought to resolution, quality, etc.

So after an hour and a half of fighting with the scanner, trying out different settings, and getting my image game back on point, here we are.  A day late, but at least the cards won't look like they're in a grainy ad for STAR baseball cards from 1992. 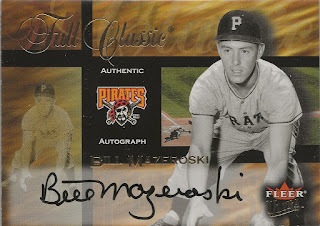 My biggest priority in coming back to collecting is making sure I'm having *fun* again.  By the time I stepped away from collecting, I was burnt out and dealing with new cards coming in felt more like a chore than a hobby.

My collecting evolved over the years.  In my teens, my collection was subsidized by my mom slipping me a $20 before I drove to the local mall show, or maybe a few boxes of cards for Christmas.  My focus was pretty narrow, because so was my budget.  It was semi-easy to be a player collector on a terrible, small market team.  Jack Wilson was my favorite Pirate, but he wasn't somebody who was going to attract a lot of hobby dollars.  Even Jason Bay was out of my price range back then.

In college, I started branching out to trying to get an autograph of every Pirate who had a certified auto.  A pretty easy task at the time, relatively speaking.  The only guys you were going to pay above $10 for was Willie Stargell, Kiner, or Maz.  And even then, it wasn't by much except for Stargell.

The dime box diving started in college and continued through grad school, and I started building my collection from COMC and ebay.  I call those the "eat tacos for 5 straight meals" years.  I was living on my own, making what at the time felt like a decent wage from my grad school stipend (it wasn't), and cost of living was absurdly low for a guy living on his own.  Spoiler: tacos are cheap and let you buy more baseball cards. 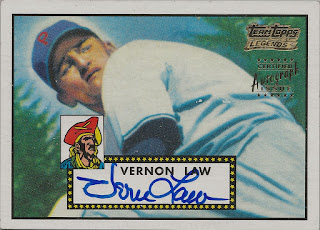 I started this blog shortly after finishing grad school.  And my collection grew by leaps and bounds.

But at some point it just got to be too much to manage.  Cards were coming in faster than I could enjoy and appreciate them.  I'm still finishing up migrating my Pirate collection over to TCDB to get a final count.  But I have over 19,000 different Pirate cards.  I think the final tally should be around 20,000.  That doesn't count doubles, triples, and "half a row of 1994 Fleer Jeff Kings." 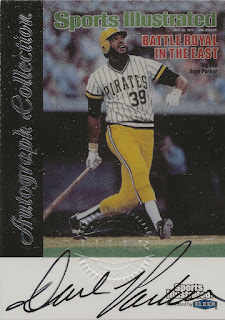 The feeling of realizing you were burnt out on a hobby that you had loved since you were a little kid absolutely sucked.  But the time away has been wonderful in many ways.  As I started to dip my toes back into the collecting waters these last few weeks, I really wanted to take a hard look at *how* I was collecting.

I was buying quantity over quality.  Sure, I was still buying some higher end cards here and there. But when push came to shove, I was far more likely to come away with 50 dime cards than I was to drop $5 on a nicer single.

When it was a mailer here and a card show there, it was manageable.  But at some point the quantity coming in was just too much to keep up with or appreciate.

My plan is to focus more on quality over quantity.  I'll always be a team collector, and I'm sure I'll continue adding plenty of lower end cards.  But I wanted to add some cards that felt like they were missing from my collection.  And where better to start than some of the all time greats. 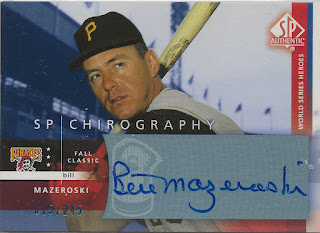 I grabbed all of these cards from the same ebay seller.  I may have overpaid a little bit - maybe 10% or so - but it's worth it after being away for so long.  The Parker SI auto is his first certified auto.  How can you go wrong with an on card auto and the classic bumblebee uniform?

I only had one certified Maz auto in my collection - 01 Fleer GotG.  I have a handful of in person and TTM autos from Maz over the years.  But these two beauties are welcomed additions.  I was like a kid on Christmas opening up the bubble mailer.  And all for less than the going rate of a box these days.

I'm still feeling out exactly where my collection is going to go from here.  But these new pickups were a nice reminder of just how much fun you can have when you have the time to take in each and every card.