Catching Up on the Mail 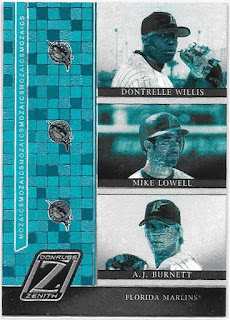 Life has been hectic lately, but that hasn't stopped a steady stream of some mail coming in the door.  By far the best of the bunch was a 200 card order from COMC.  Unlike most of my COMC orders that are 80% Pirates with a sprinkling of Steelers, Penguins, college teams, and assorted shiny things, this order was actually mostly non-Pirate cards.

Having been a buyer on COMC since 2011, it's gotten tough to find cards I don't already have at a price I want to pay.  Many COMC users take the "set it and forget it" method, listing cards at a price that's a little ambitious, and not giving two shits if the card actually sells.  For the sellers that do run sales or discount cards that have been sitting in their inventory for years, too often those are cards that I already have.  So the end result is finding other cards to scratch my itch for new cardboard.

Not that I'm complaining. 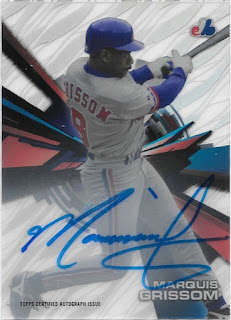 As much as I don't miiiiiiind adding my 15th Starling Marte auto, or 9th variation of a Jason Bay parallel with a different color foil, I like adding some variety.  I like it a lot, in fact. 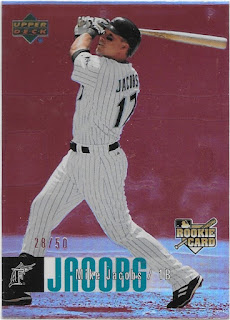 And since I've unofficially adopted the Marlins as my second team collection, it gives me just cause to pick up cool, cheap parallels.  I love the 2006 Special F/X parallels, but boy are they tough to come by. 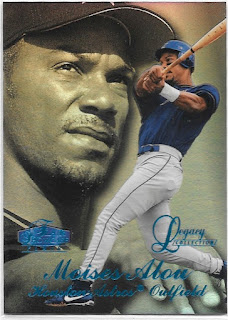 Sometimes, my impulsive streak has even less rhyme or reason.  But how can you pass up a rare 90's insert for a dollar or two?  Eventually these two may get rehomed.  But they were just too cool to pass on, especially at the prices they were marked at. 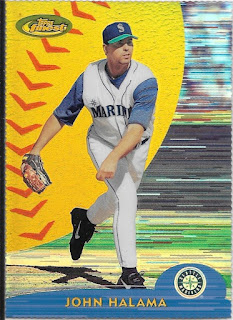 But it's always sweeter when you can pick up an awesome card of a player you actually collect.  Charles Johnson was the first autograph in my collection.  My dad came home one day with a signed photo - one of his clients that ran a car dealership had had CJ in the store for a signing while my dad had stopped in.  I've been a fan ever since. 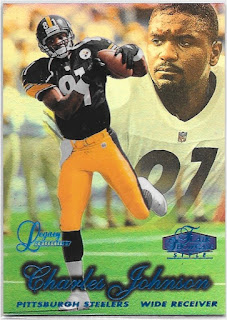 And shifting the focus away from baseball has allowed me to find cards from sets that never made it over the the baseball side of the hobby. 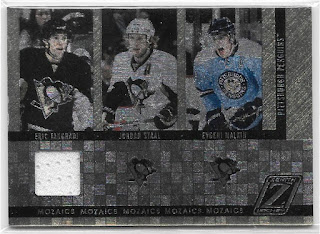 Or to pick up Pirate cameo cards. 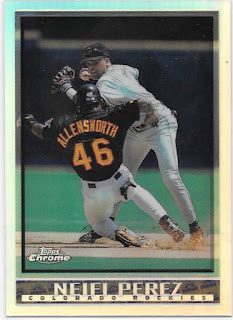 And of course to add some sweet cards of players I followed growing up.  I've been slowly working to add an autograph of the players whose Starting Lineup figures I played with for hours and hours as a kid.  Clarence Weatherspoon was one of my first basketball SLU's, and I was more than happy to add an auto for about $1.50. 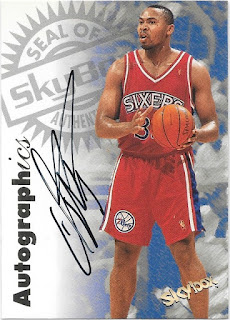 Or a jersey card of Jeff Bagwell, one of my favorites growing up back when I actually liked rather than hated the players that clobbered the Pirates. 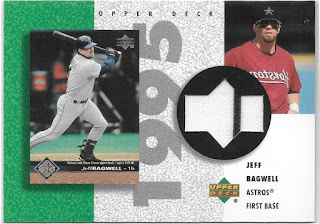 Sure, there were some great Pirate cards in the package as well.  But it's nice to see a little break from the black and gold in my collection every so often.  And adding cards like these makes things a little more special, a little more enjoyable from where I sit.