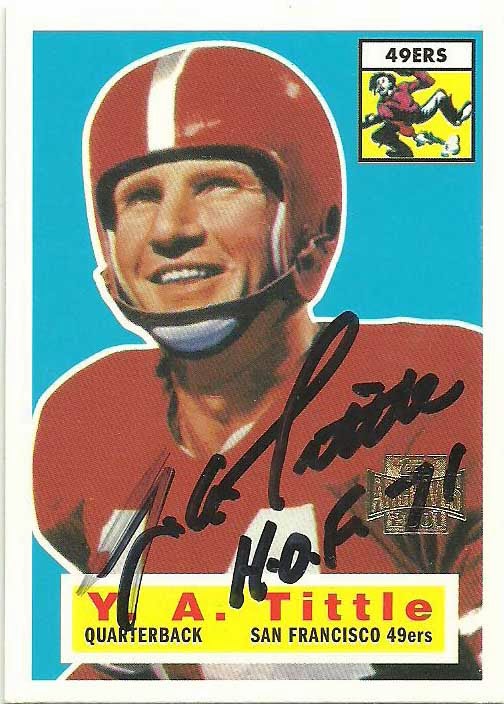 I've been working on cleaning up my hard drives today, and realized how many cards I had scanned for posts that just never came to be.

So consider this a trip into the wayback machine to some of the blog posts that were supposed to happen when I had just started battlinbucs that never made it past the design stages.

I think all these cards came as TTM returns right around May or so.

And what better way to start than a Hall of Famer?  Y.A. Tittle is undoubtedly best remembered for his days as a Giant.  But this is a pretty cool piece of cardboard.  Check out the 49'ers logo. 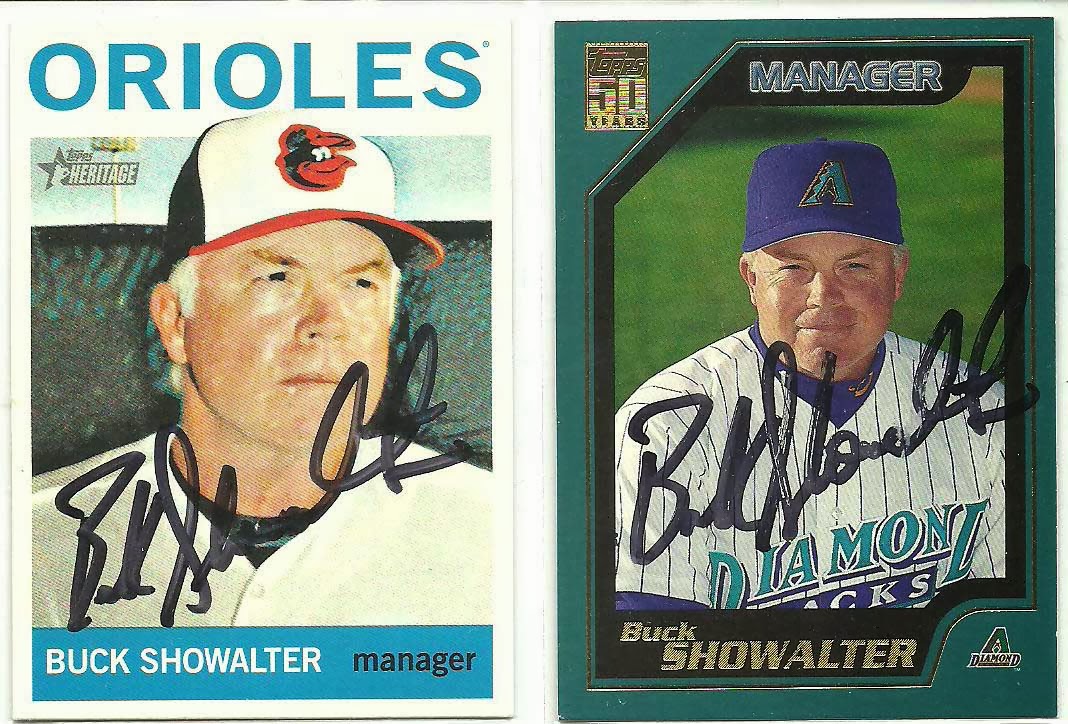 Buck Showalter was always a guy I considered to be a better manager than he was given credit for.  It's nice to see him have some added success and recognition with the O's 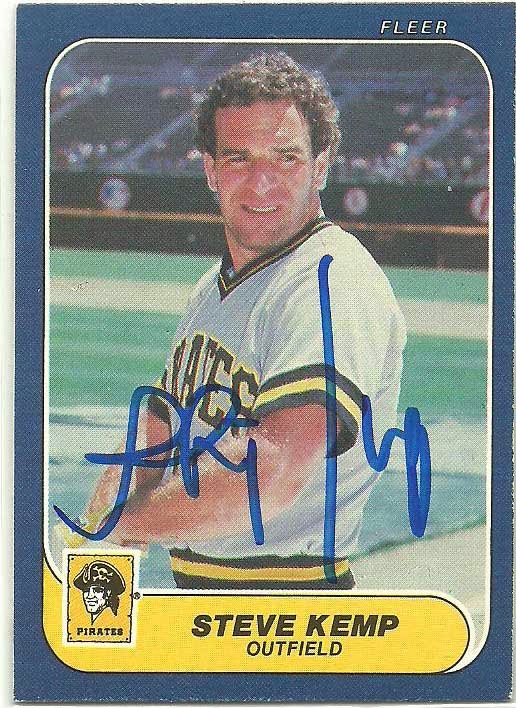 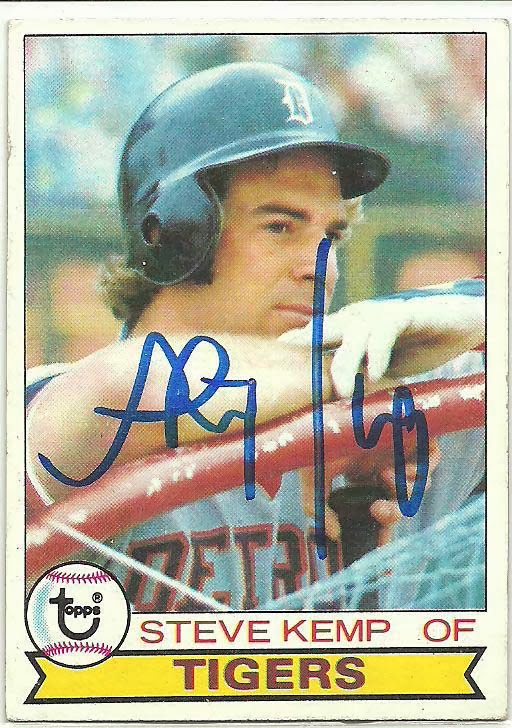 Steve Kemp is a great TTM signer, but had been a guy I needed in my collection for years.  The problem?  Despite having a fair number of cards as a Pirate during the overproduction era, it seems that coming across an 86 Topps box at a card show isn't all that common.  But problem solved.  One more Bucco to cross off the list. 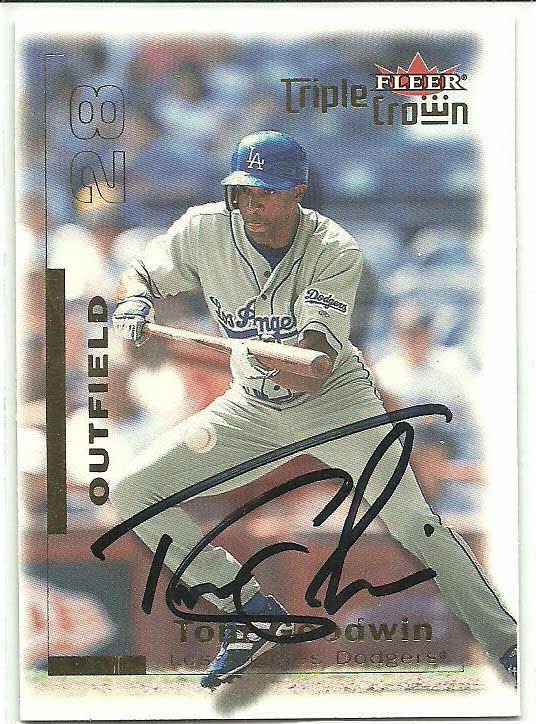 Goodwin is coaching for the Mets now.  I always took a liking to the speed/no power guys in the 90's, and Goodwin was one of many.  With few exceptions, there just don't seem to be many of those types of player these days. 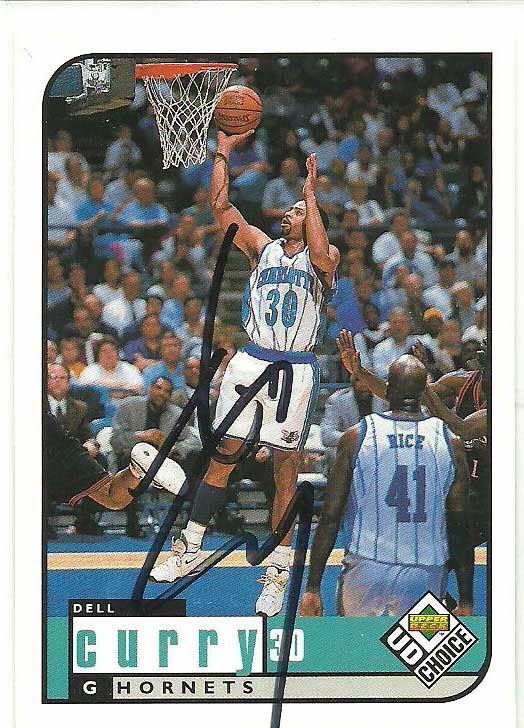 I assume somehow those scribbles constitute some of the letters in Dell Curry's name.  Assume being the key word.  I don't follow basketball much anymore, but still enjoy getting cards signed from the 90's guys I loved watching.  Growing up basketball was probably my favorite sport, or at least the one I followed the closest.  But today's game doesn't interest me much.  Defense anyone?