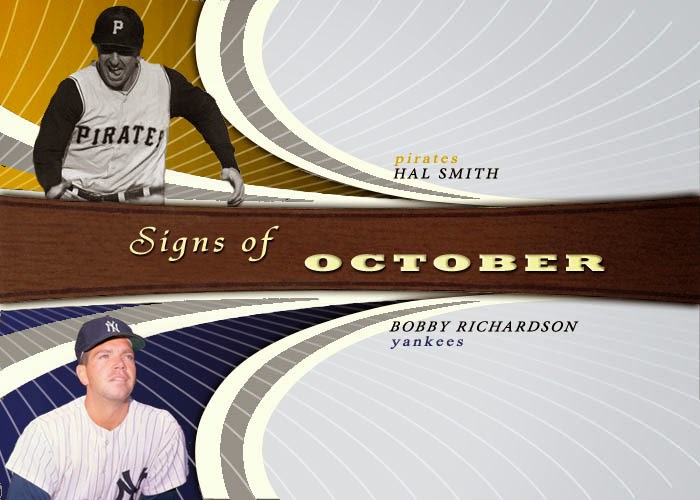 I decided to play around with some more customs, and was able to whip up a couple new templates.  The Signs of October card is based on a hybrid of a few of the different Ultimate Collections dual signed cards that were released by UD in the mid 00's.  They're some of the cleanest cards out there, and while I don't think this one comes close to stacking up, it should make for some cool custom TTM projects. 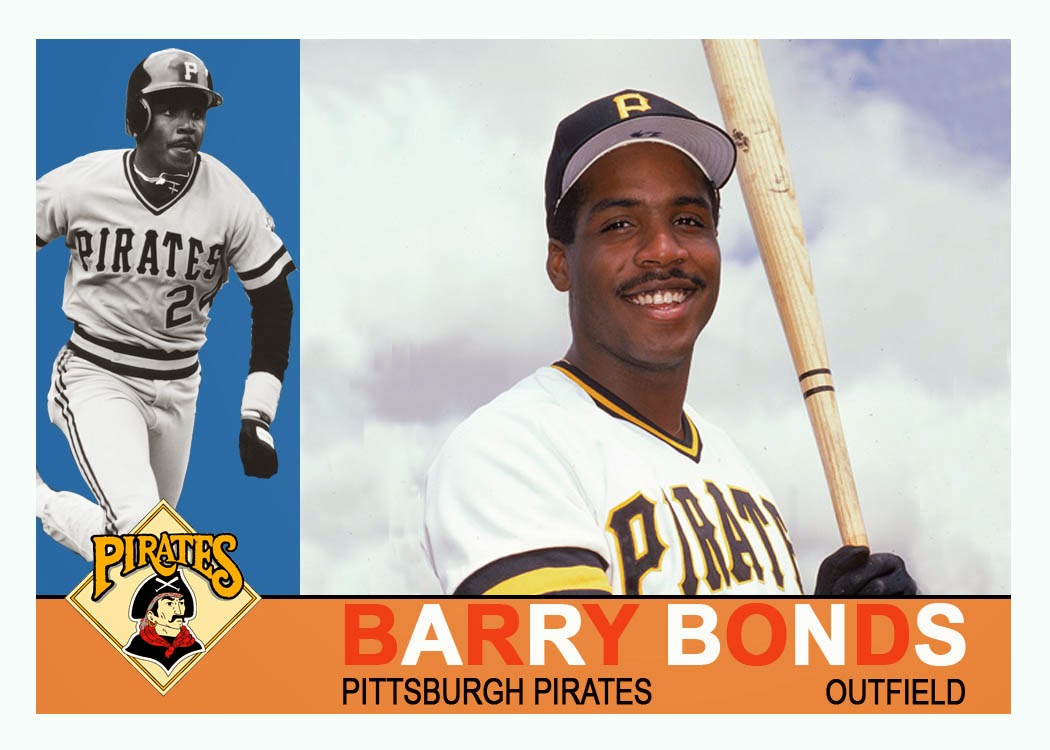 The 1960 set is one of my favorites of all time, and has an extra special significance since the Bucs won the World series that year.  After taking a second look, I think the player name font needs to be a bit smaller.  But otherwise this was really a pretty quick one to throw together.  And thin Barry Bonds just looks so...weird.