Beauty in the Base 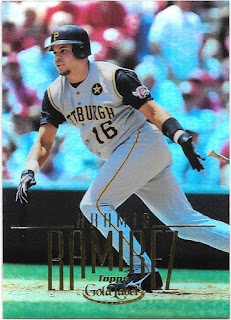 One thing that my yearlong hiatus from collecting has helped me realize is to appreciate the small things.  I've never been a collector that chased high dollar cards or got my highs from breaking wax.  But I always felt like I was racing against something.  Trying to hit as many tables as possible at a show.  Trying to accumulate as many Pirate cards.  Always pushing for more.  And while I love my collection and have no plans on changing course or selling down, one thing got lost in all that rush: THE CARDS.

I would go to a show, come home with 100 or 200 new cards, enter them into my spreadsheet, add them to my binder and then...that's it.  I flip through my Pirates binders fairly often, so it's not like the cards are utterly ignored.  But I guess I just don't appreciate them as much as I'd like.  And as much as I love refractors, and foil, and autographs...base cards are still probably my favorite. 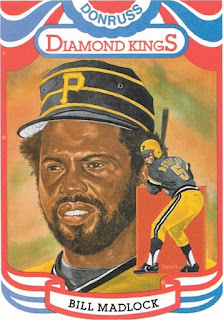 The base card has become a lost art.  Not that I can be mad about it.  The hobby has changed and moved and evolved.  But...look at these things!  The artistry behind the first decade or so of Diamond Kings was some of the best sports art I've seen.  Dick Perez created masterpieces that could and still can be had for pennies. 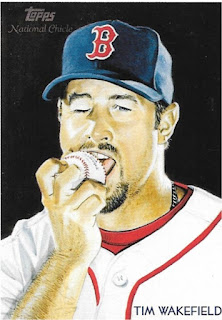 And it's not like it's a totally foreign concept these days.  Topps has revived the concept from time to time, but unfortunately seems to have found a happy middle ground with the cheaper art-style photoshopping of photos found on sets like Allen & Ginter and Gypsy Queen. 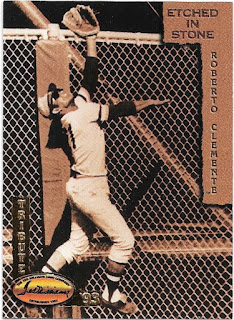 There's just something to me about how a baseball card captures a moment in time - the aesthetics of the design, the photo, the style of the card.  You can't help but look at a '75 Topps and have it scream out the themes of an era.  Or look at some of the early 90's sets and wonder why we all loved zebra stripes, zig zags, and neon colors so damn much. 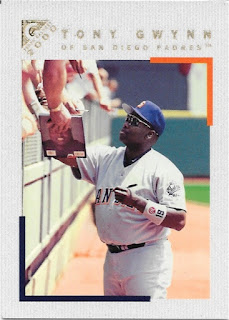 Cards tell a story.  They're my defacto mental reference point for rosters (because believe me, if not for Topps I would not remember Rafael Belliard on the 1987 Pirates).  Some of the action shots I can place to a specific game or memory.  Not something exciting like a no-hitter or World Series game.  Just an unspectacular 1995 Steelers/Lions game that I remember watching in the living room at a birthday party for one of my parents' friends that popped up on cards in 1996. 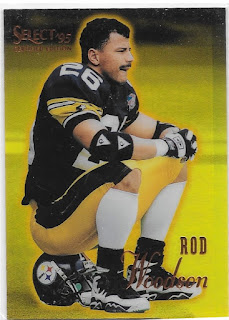 While Topps has gotten a little better with photo selection in recent years, I miss seeing more unique photos on cards.  Ultra was always one of my favorite products - they always had to have a lot of unique pre-game and goofy dugout shots. 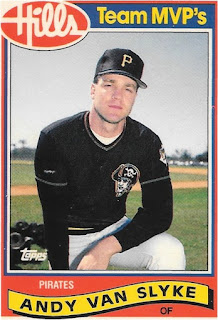 But the thing I miss the most?  Store exclusive sets.  Sure, there are still some retail-exclusive Target and Walmart retail cards.  But nothing beats the logo-centric store boxed sets of the 90's.  I still miss Hills stores, which was always my top spot for finding Starting Lineup figures as a kid.  After all, it's the small things that are the best.
Posted by Mark at 4:12 PM