Can Anybody ID These Cards? 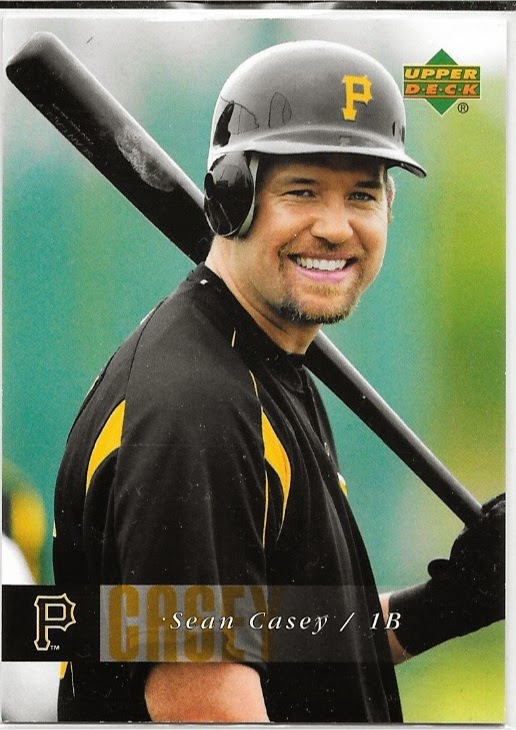 It's not very common for me to get stumped when it comes to cards.  The occasional 80's oddball or magazine insert will throw me for a loop.  And I admit I'm just about clueless when it comes to pre-war cards.  But other than that?  I can id just about any card that comes across my desk, or at least find out the necessary info from Beckett or BaseballCardPedia.  But I'm utterly clueless on this one, some hopefully the collective collecting wisdom of the blogosphere can help me out here.

In a dimebox dig at the Robert Morris show this past spring, I pulled out two cards that seemed relative innocuous at the time.  I tossed them in my stack at the time, brought them home, looked them over.  Nothing overly suspicious or mysterious about the pair.  Well, not too much.

Both cards are identical to the photos used on the 2006 Upper Deck base cards.  But the cards are missing the foil stamping on the team logo, UD logo, and position.

When I first saw them at the show, I assumed they were from Upper Deck First Pitch, the retail red-headed stepchild of UD's flagship release.  But unlike previous years, First Pitch had a completely different design from UD Flagship in 2005.  No other release from that year seems to fit. 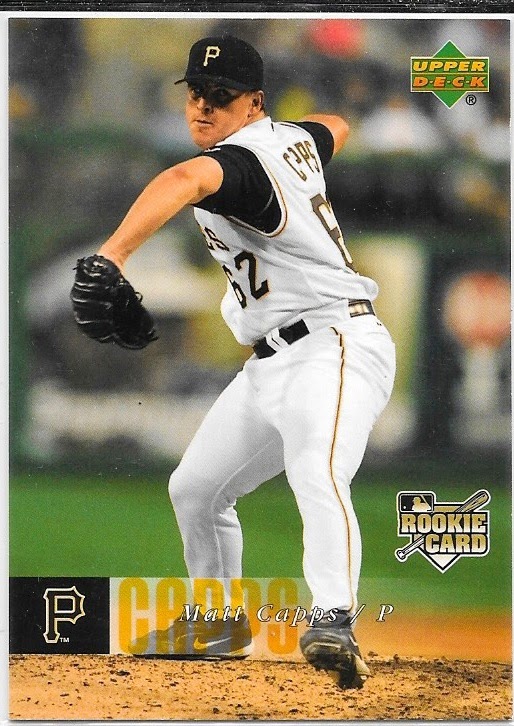 Casey would be included in UD Series 2 with the photo seen at the top of the post, but the card was number 760.

I'm at a loss.  The cards don't seem to match any sets released that year.  I don't recall any stadium giveaway team sets that season, and if there had been I would think the set would have been renumbered, not skip numbered.  Plus in 2006 there definitely would have been a Jack Wilson card included in a team set, which I would have added to my master checklist.   And I don't think it could simply be a printing error, because the areas where the foil stamping should be would be blank, not filled in with color text and logos.

So there you have it.  Maybe the dime box diggers, retail rippers, and collecting minds out there can give me some kind of direction here.  I can honestly say this one has me stumped.