My collecting has admittedly slowed a lot this year.  But it has also changed quite a bit.  I had been getting frustrated with the limited cards that Topps had been putting out for this decade.  But 2015 also gave me a chance to kick my custom making into high gear. 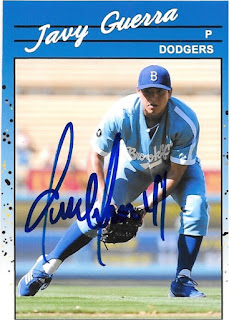 I guess it's not technically collecting, since I just create whatever I want.  But either way, it sure is nice. 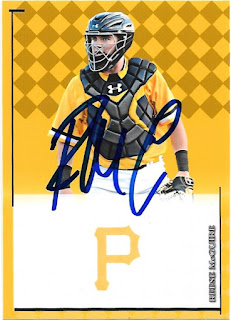 One of my collecting friends lives in Arizona right across the street from the facility that the Dodgers and White Sox share during the spring, and is used for the Arizona Fall League later in the year. 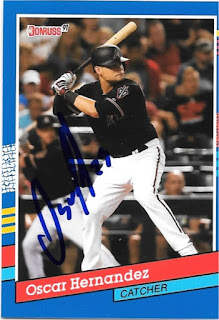 This year she asked me to put together some customs to be signed, particularly for players that may not have any mainstream cards.

It was tall task, but I was up to the challenge.  After all, what good is having all these different custom card designs if I can't use them? 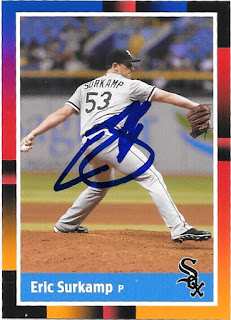 I got an initial package early this summer with some cards she got signed during ST.  But I got another package in the mail this week with some autos from the AFL and a few that had been overlooked from the spring. 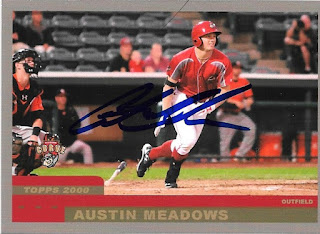 And boy was I excited.  There are a couple of my personal favorites in this bunch, namely the Javy Guerra at the top of the post in the Brookly throwback uniform. 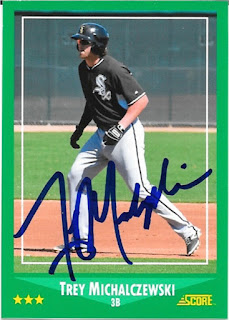 Making the customs is a lot of fun.  Seeing them come back signed?  That's just icing on the cake.  As my collection has grown and grown and grown, it becomes easy to lose track of what cards truly matter.  At nearly 16,000 Pirate cards, it's tough to pick out a top 100, let alone a top 10.  But these customs are unquestionably some of my favorite autographed cards in my collection.  There's just something really awesome about seeing something you make from scratch return with a bright, bold signature.