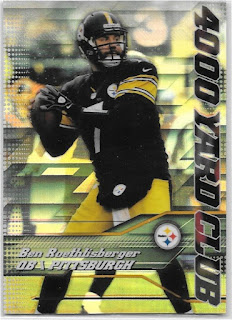 While it's far from a sure thing that the Steelers will make the playoffs this year, I can say as a fan this may be the most exciting team I can remember watching in quite a few years.  It's not your typical Steelers style, but I'm a-ok with that.  For a couple years the Steelers had looked like lame ducks, still trying to ground and pound the ball while the rest of the league was having a feast on their horrid secondary.

My COMC order from Black Friday is finally safely in my hands, after a two week long ordeal where the package had delivery attempted, but the wonderful mailman never left the delivery slip.  With COMC's terrible shipping times over the past year, I thought nothing of it.  Fortunately I managed to rescue it from USPS hell one day before it would have been shipped back to Washington, when I checked the online tracking to see it had been a mere mile from me for the past two weeks. 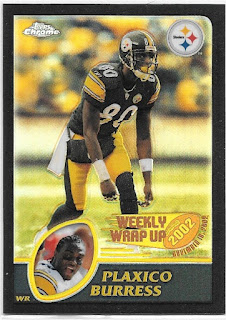 The order was heavy on Pirates and assorted other mini collections.  But after the great game the team played yesterday, why not lead off with the few Steelers highlights?  I'm always a sucker for black refractors of the Pittsburgh teams. 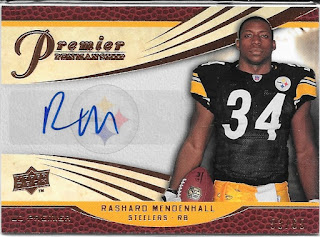 It seems like football, even moreso than baseball, is all about boom or bust when it comes to cardboard.  When Rashard Mendenhall was the Steelers starting back, he sold pretty well and was a decent, though far from spectacular, player.  Fast forward to a couple years after he is out of the league, and I have snagged a handful of his autos for under $2 each.  I think this one /65 ran me about $1.50.  Yes, please! 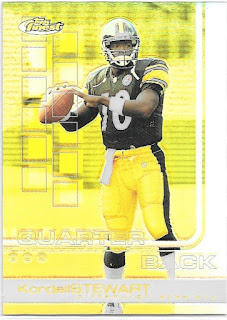 And of course I'll always gladly add a new pickup to my Slash collection. 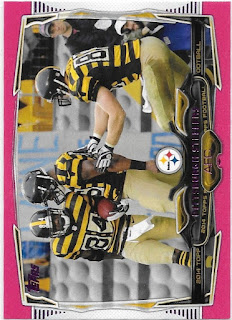 And the bumblebees?  Yes please. 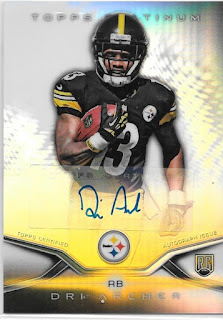 Speaking of wonky football card values, I added yet another dud RB auto to my collection, again for about $1.  I think Dri Archer is still with the team, but I can't remember seeing him on the field this season. 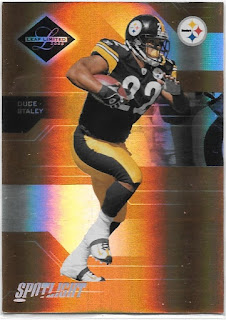 Alright, you're seeing the theme here? 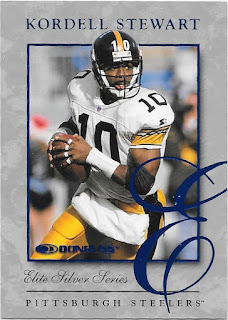 One thing I always enjoy about the big sales on COMC is scooping up all the cheap autos of my teams that I can.  This is pretty tough for the Bucs, since I have just about every run of the mill auto at this point, and just hope that there's a big price cut on some parallels or less common autos that I need.  But for the Steelers and Pens?  There are still plenty of holes to fill. 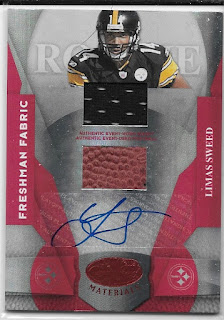 And how can you pass up a dual relic/auto of a huge bust for a buck?  Well, apparently some can.  But not this guy. 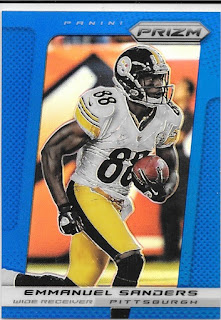 I've been trying to be more selective with my COMC spending, focusing on mid tier cards rather than just adding boatloads of parallels and high serial numbered cards. 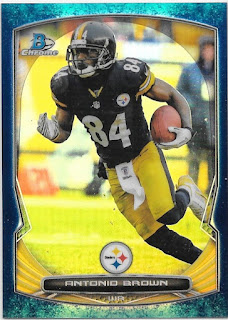 But try as I might (and I do find the occasional solid price on mid-end cards), COMC is pretty much geared towards having good prices on lower end parallel types.  And while I'd like to stop my collection from continuing to grow at the scale it has for the past couple years simply out of space concerns, I never mind flipping open a binder and looking at cards like these.

Thanks for taking a look - I'll probably be finishing out the year with COMC posts, since my order was north of 300 cards, before jumping into a project that has me pretty excited for next year.
Posted by Mark at 8:38 AM