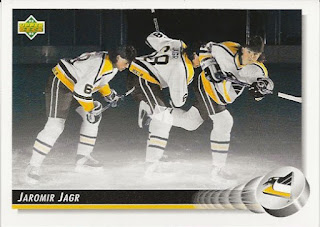 I think it's pretty safe to say that any full-time return to blogging is off the table at this point.  But hey, let's get on the board for 2021 if any of my old blogging pals are still out there.  Or if blogs are even still a thing?

It's been a pretty eventful few months since my last post.  I've been collecting pretty aggressively, or at least as aggressively as one can in today's card market.  And I feel like my blogging absence has been at least semi-justified.  Not too long after my last blog post of 2020, I found out that I was going to be involved in some pretty ambitious expansion projects at work that has basically had me doing 3 jobs and managing a territory that stretches from Central PA deep into Ohio.  It's been a lot of fun (and stress, but mostly fun), but in typical non-profit fashion...that has quite literally meant me trying to do three jobs in addition to my existing, slightly exhausting, job.  During a global pandemic. 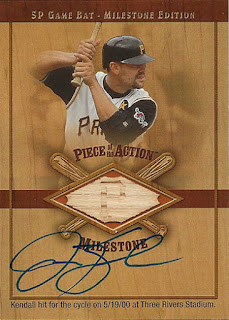 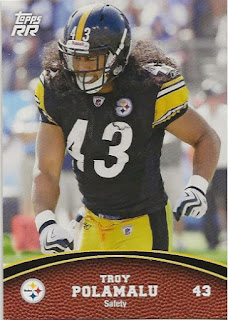 But hey, some extra staffing is finally here and my sanity is...debatable.  But luckily collecting has been a great avenue to blow off some steam.  Revisiting TCDB in late 2020 has been a real game-changer for me.  As my Pirates collection grew and grew, tracking new additions on my good ole spreadsheet was  becoming a daunting task.  Equally daunting were the growing boxes of doubles that I would receive or mistakenly buy at shows thinking they were new to me.

I spent a few months getting my Pirates collection completely loaded into TCDB - the ability to just click a new addition or not have to look up the proper name of a silver wave spiral doodad refractor holo prizm magigger has been a real lifesaver. 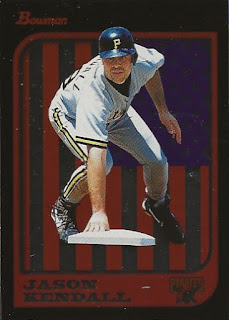 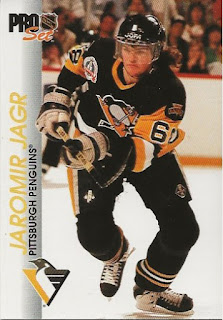 And from there?  Ah, the trades!  As my doubles slowly took up more and more space over the years, I tried to find another Pirates collector who might be able to give them a good home.  At this point my doubles collection alone is, in and of itself, a massive Pirates collection.  Easily 10,000 cards, including hundreds of parallels, vintage, autos - everything under the sun.

But finding Pirates collectors isn't exactly an easy thing.  Two decades of losing will do that, and not everyone these days has a fine appreciation for a 1998 Jermaine Allensworth card.  I slowly dipped a toe into the trade waters, adding my want list to the site and starting to enter some of the doubles that I thought might be more desirable to other collectors. 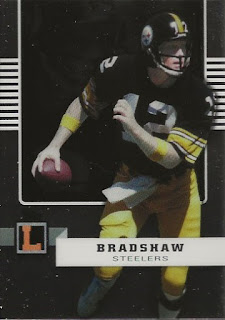 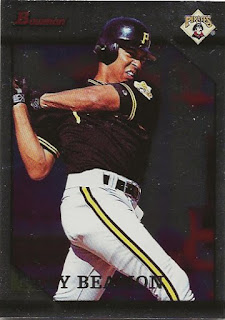 It's been a real shot in the arm for my collection.  I love adding new Pirate cards, no matter how seemingly inconsequential.  And if I can move some of those duplicates on to a good home, I feel like the cardboard gods will look favorably upon me.  I've even started trading for Steelers and Penguins cards and growing those collections when there are no Pirates to be had. 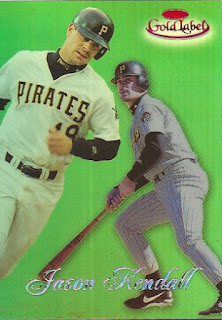 And that's sort of a funny thing to say these days.  But whatever voodoo that is going on in the card market, which I don't fully understand, shows no signs of slowing down.  I still struggle to find cards I want on ebay, and then find them at what I consider a reasonable price?  Good luck.

I have gotten lucky and added some gems in recent months, including a few new Jack Wilsons.  But overall?  I lose a lot more than I win, and the days of adding new cards for $.99+shipping seem long gone.

Adapt and adjust, right?  I've started buying up some minor league team sets.  And my trade reservoirs have kept a decent stream of new Buccos headed into the mailbox. 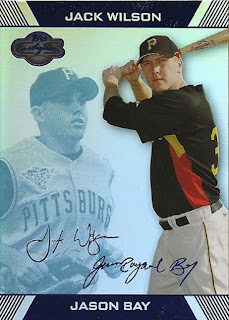 Speaking of which, that's the whole reason I'm here.  Or at least a big part of it.  As life slows down again a little bit, I had some time to reflect back on where things on this blog started.  I was reading through some old posts from my first year of blogging, 2013.  I closed out the year writing that I had 11,592 Pirates cards.

At the time, it was a pretty crazy sum.  And probably about double where I was just a few years earlier.

Well, here I am again.  And apparently I've somehow doubled THAT.  According to TCDB, I'm sitting at 21,634 unique Pirates cards.  I'm not exactly sure what to do with that information, aside from hide it from my wife. 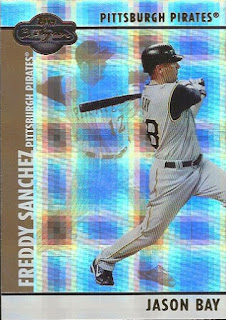 There are a lot of reason why I sometimes feel like I'm in hobby no-man's-land.  Maybe I'll get into them in a later post, but I've also probably written myself in circles over them in the past few years.  Too many parallels.  Adulthood, and not having the time to follow baseball or baseball cards like I could in my teens and 20's.  And a Pirates franchise that broke my heart in ways that don't seem like they're healing any time soon.

But forget that - I look at those 10,000 new cards and think of all the amazing things that have happened since December 2013.  Group breaks with friends.  Trade partners new and old.  Digging through boxes at shows, the National, and wonderful flea market memories.  I still haven't made heads or tails of where the hobby is heading or how my collecting habits fit into it.  But I know this much - I'm looking forward to the next 10,000.
Posted by Mark at 10:52 PM 1 comment: