I have slowly been building a mini collection of photos of opposing players that feature PNC Park in the background.  The unique skyline and thousands of hours I have spent staring at the field make it pretty easy to spot them, but it appears far fewer PNC photos exist than from parks like Wrigley or Pac Bell (or whatever the hell it's named now).

Still, my latest dime box adventure yielded two new additions to the collection, and in my opinion the two best I have seen thus far. 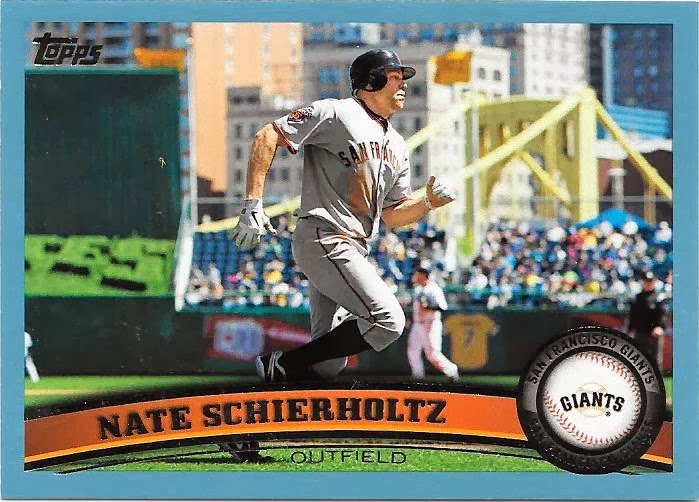 I don't know what I can say about this card other than the photo simply blew me away when I flipped past it.  I can't think of any card, Pirate or not, that features the city and Clemente Bridge so prominently in the background.  The photo is farmed so well, and captures a great action photo.  Grabbing the blue bordered parallel for just a dime?  Icing on the cake. 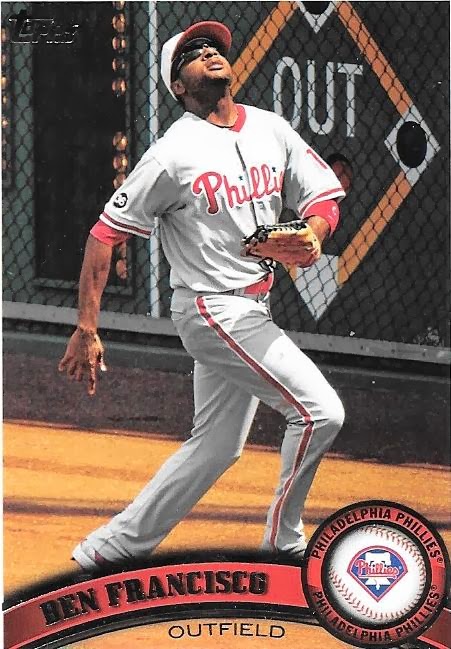 This card is a little more typical, though still great.  Pirate players have been featured in similar shots on a couple different occasions.  But this is the first time I have seen an opposing player photographed backing up against the Clemente Wall.  The 4th of July cap makes this one a contender for my Unique Unis collection as well, should I ever come across a second copy.

But these dime boxes had much more to offer, and the best is yet to come.  I should have the rest of my non-Pirate haul posted tonight.