I am, admittedly, quite behind with the times here.  I still use a flip phone, after all.  And I'm breaking 2013 Topps like it's all the rage.

These packs were actually a Christmas gift - my mom always manages to slip a few packs into my stocking.  But I've been so terrible about blogging over the past month that I'm just getting the chance to show off the cards now.

And while they might not set the world on fire, they are certainly show-off worthy in my book.  Though my scanner did manage to auto crop the hell out of them. 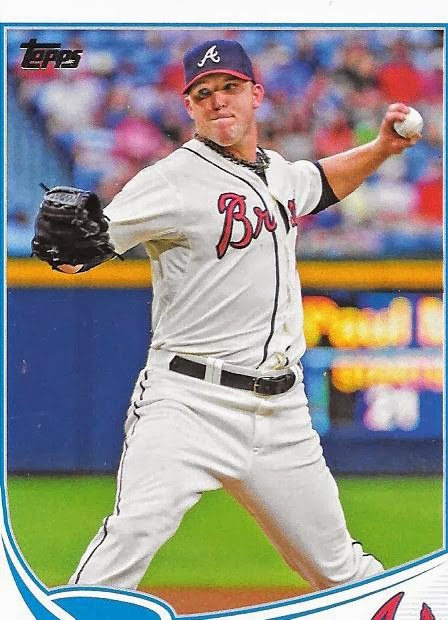 It's always a little weird seeing longtime Bucs in a different uni.  For years I collected "Pirate but not a Pirate" cards of Pirate players before they hit the Burgh.  But it might be time to branch out to post-Pittsburgh cards as well.  Freddy Sanchez Giant cards and Jason Bay's post Pirate travels are sorely lacking in my collection. 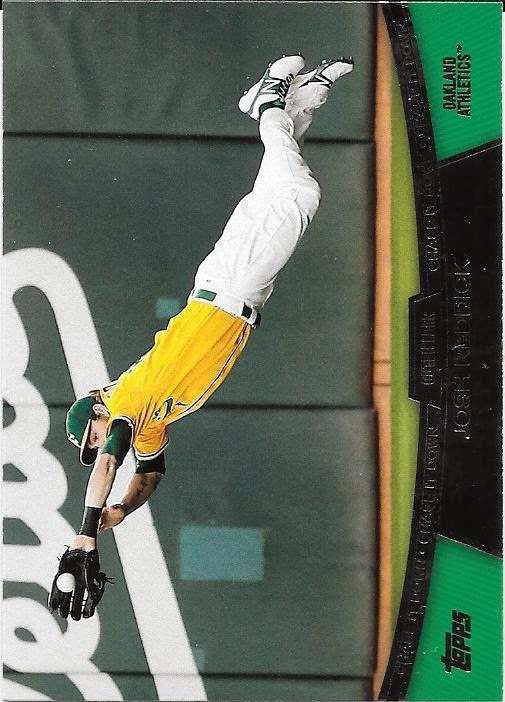 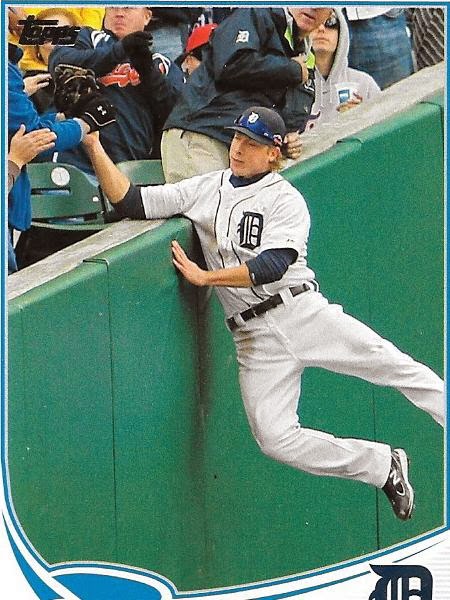 Topps has admittedly done a solid job of upping the action photos in recent years.  And I can never turn down a nice card of a player flashing the leather. 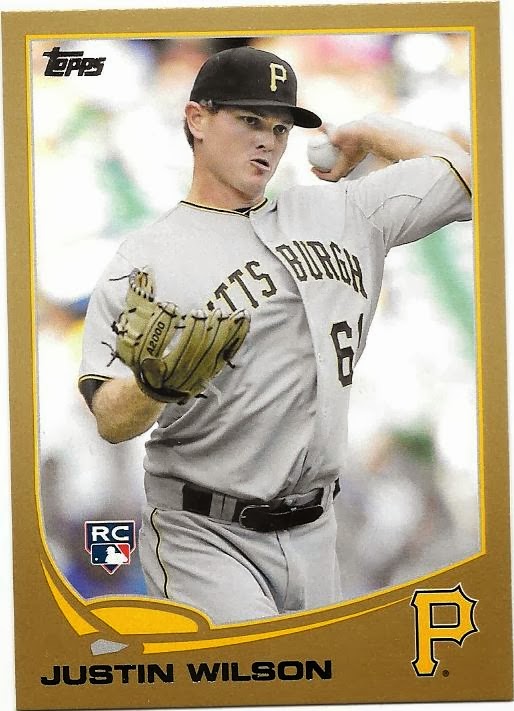 The lone Pirate from the break was this Justin Wilson parallel.  But it is one I actually didn't already have.  Not too shabby, if you ask me. 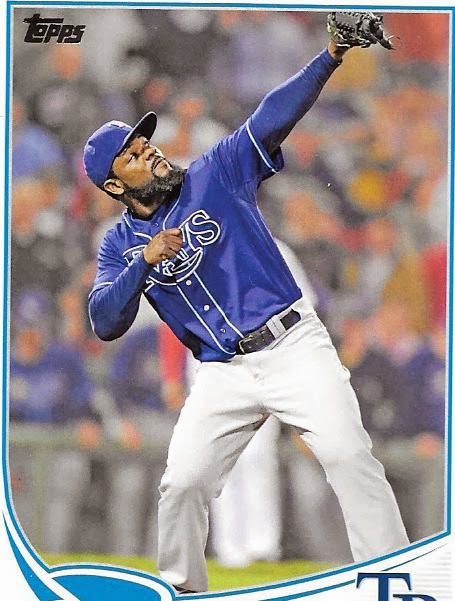 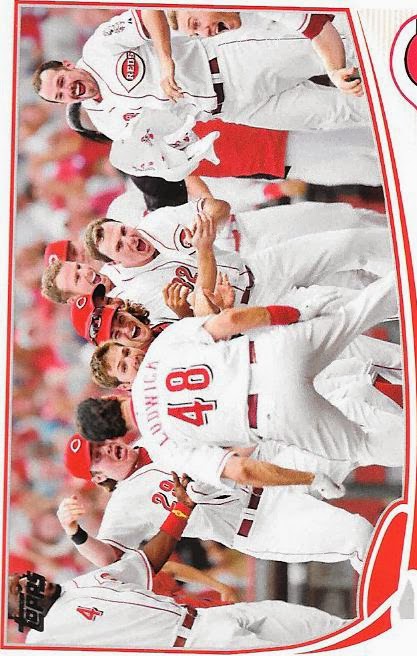 Even though I haven't really been a fan of product coming out over the last few years, it's time to start cycling unique cards like these into the binder rotation.  After all, as much as I love the 90's it doesn't hurt to have a little more variety. 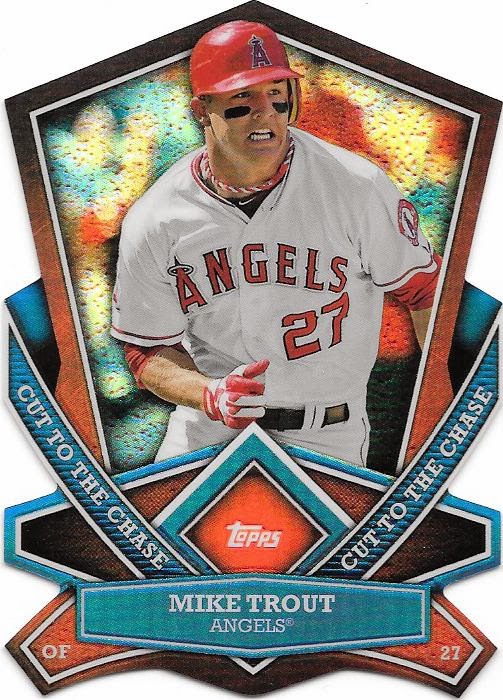 And when it comes to variety, Topps made a great call bringing back die cut cards.  Better yet, this is the first Mike Trout card in my collection.  Being an east coast guy I haven't had a chance to see him play much at all, but the numbers don't lie. 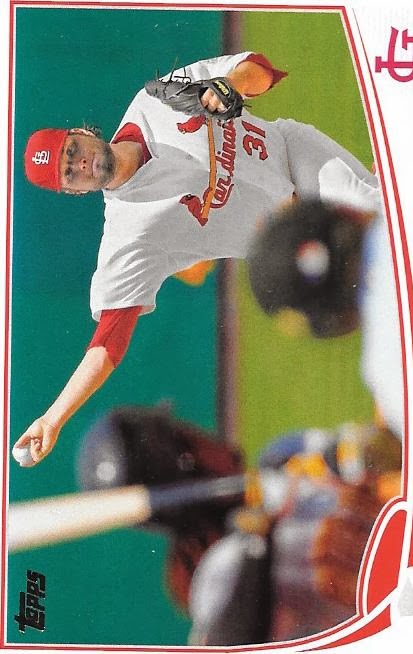 And to top it all off?  This is a really cool shot capturing a Pirate/Cards game.  Something about the out of focus foreground makes me think of some of the early 70's Topps action photos for whatever reason.

And there you have it.  Mom didn't do too shabby, even if I was majorly slacking in actually showing off these fun new additions.