A Method to the Card Show Madness 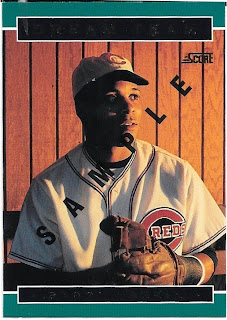 Card shows involve a fair bit of chance.  After all, at this stage there are probably tens of millions of different cards out there (the Pirates have about 61,000 listed in Beckett).  Sure, some collectors come to a show with a very specific set, player, or year in mind.  I can't tell you how many times I overheard someone walk up to a dealer and ask if they had anything from a very specific, and often very obscure, sliver of this hobby.  No, the dealer with 60 feet of quarter and dollar boxes will not know whether they have any cards of Jean Sebastian Giguere, but thanks for asking.

In my eyes, it's all about casting a wide net at card shows.  A few years ago, I could walk into a show like Robert Morris looking specifically for my Pirates collection, and be pretty confident that I would walk home with a few hundred new cards.  My needs were all over the place - I only had a handful of vintage, still needed more common sets like 1971 and '72.  I even had holes in sets like 1991 Score or 1994 Topps.  It was a safe bet that when flipping through a box, there was at least a 50% chance any Pirate card I came across would be one I needed. 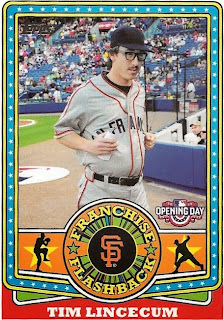 These days?  Not so much.  As the number of easily attainable cards I need has shrunk, I had to make a decision.  Do I simply go off of a much shorter want list?  Or do I casting a wider net? 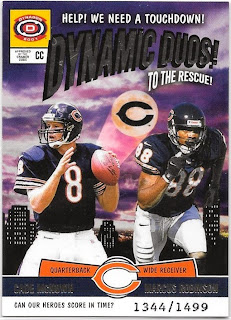 Any regular reader can probably guess which direction I went.  And to me the logic is simple - if I'm going to spend hours and hours killing my neck and back to go through boxes, I might as well come away with a decent pile.  If I were a showcase buyer, maybe it would be a different story.  But I'm not the kind of guy who is going to do a lap of the floor and then plunk down a few hundred dollars on a handful of cards.  It's all about quantity, baby.

And seeing all the great stuff everyone on the blogs comes across certainly hasn't dissuaded me from widening my collecting interests.  So at the end of the day, I came home with about 300 new Pirate cards, a ton of new Steelers, a couple hundred Penguins, and then...a gigantic pile of random stuff. 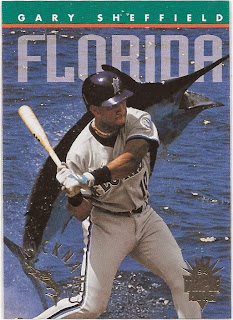 Can you really blame me?  After all, no card here cost more than a quarter.  Most were dimes, or even nickel cards.  I found a bunch of 90's dealer sample cards, like the Larkin above.  Or what about Gary Sheffield with a gigantic fish?  How can you pass that up? And there's definitely another added benefit.  As much fun as I have buying, by the time I got home Sunday I was pretty quickly regretting the number of cards I bought.  Oh no, not for the dollars spent or cards acquired.  It's just that my process for slogging through all those new additions will probably end up taking more time than it did to buy them.  All the Pirates, Steelers, Pens, and WVU cards need entered into their respective Excel spreadsheets.  Then I'll need to find box space for them - not an easy task.  Eventually the cards will need to be added to their respective binders, which can be a huge hassle 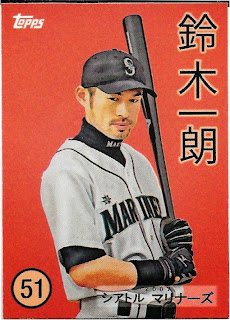 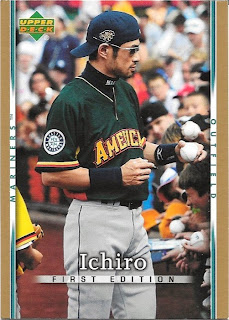 But the miscellaneous pickups?  They're so much kinder.  Sure, they will all end up in various binders for player or mini collections.  But they don't need Excelled.  They don't need sorted.  They just need haphazardly added into a 9 pocket page, stared at, and enjoyed.  I wish I could just do that with my team collections, but my collecting OCD would be very, very displeased. 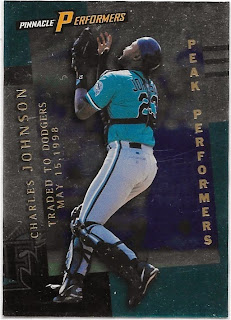 Speaking of which, did I ever mention sorta-kinda started a SECOND team collection a while back?  I've been migrating my Florida (not Miami, they're dead to me) Marlins cards into their own binders.  The Marlins were always my second team, and...who doesn't love teal!??!?!?!  So a show with cheap cards is always the perfect place to add some new additions to those secondary collections. 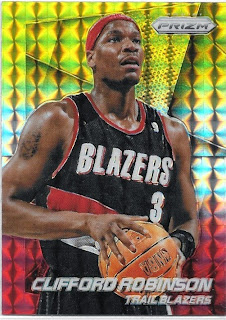 I love adding new cards.  And sites like COMC and Justcommons have made that easier than ever in the past few years.  But for my money, nothing can beat a show.  First off, only by flipping through random, unsorted boxes would I have ever stumbled across these cards.  Nothing about my online card shopping would send me looking for Cliff Robinson or Cade McNown cards, but those two additions are two of my favorite pickups from the entire weekend.  Secondly, while I gladly added the cards for a dime each, the cheapest copies of those two cards on COMC would run me a total of about $3.  They're awesome.  They are.  But never in a million years would I have paid even half that for them.  They just aren't worth that much to me.  But at a card show?  All things are possible.
Posted by Mark at 5:23 PM