Filling in the Team Sets

If I have one major complaint with Topps sets over the last few years, it's that they seem to always miss the bench/middle relief/end of the rotation type players, while guys who don't even make the team somehow end up in the set. 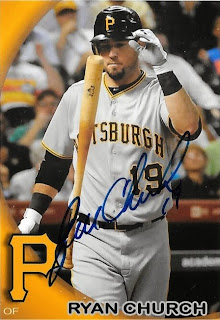 In 2010, Ryan Church was supposed to be a veteran bench bat for the Bucs.  Instead he largely looked absolutely lost at the place until a midseason trade to the Diamondbacks.  He got overlooked during his time in Pittsburgh (aside from a Heritage card), yet somehow managed to get included in Update as a Diamondback, despite only picking up 55 plate appearances. 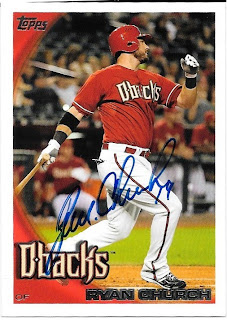 But yet again it's custom card to the rescue.  Right now all my custom autographs are just sitting in toploaders.  But for some of these "extended team set" additions, I'm tempted to add them into my team binders right alongside the rest of the cards from that year. 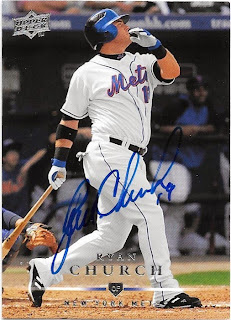