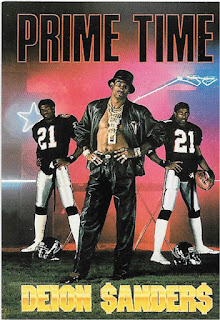 One of the things I love about connecting with the larger card collecting community is seeing how different things are in other parts of the country.  When I lived in Ohio, there were tons of other dime box diggers like myself.  Or seeing Dimebox Nick's flea market hauls of cards when most of the flea markets in my area are devoid of cards.  While we all collect differently, and the internet has certainly changed how we collect, we're still ultimately a product of our cardboard environment.

And it's safe to say the ecosystem around the Pittsburgh area is badly imbalanced.  In my high school years, mall shows were a pretty regular occurrence across the region, with at least three different promoters setting up shows.  I didn't mind driving 45 minutes across the city to go to a show, because it typically meant there would be dealers who only did shows in that part of town.  I could pretty safely bet on a show every month or so, and there was usually a pretty good range of cards to dig through.  Dime boxes.  Inserts and parallels from Pirates.  And if I was lucky, a seller with discount autos/game used. 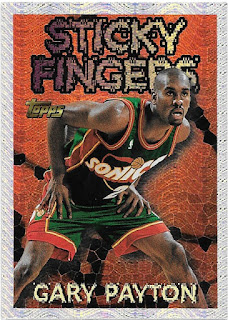 Times change, the hobby changes, and lives change.  Many of my favorite dealers have gotten out of the hobby altogether.  The shows are less frequent.  And when shows do happen, you're just as likely to see a guy with a whole table of overpriced baseballs, or video games, or action figures than cardboard.  Don't get me wrong.  I've picked up the odd nostalgic N64 game at a card show, or an action figure or McFarlane here or there.  But when the non-cardboard outnumbers the cardboard, it makes you rethink whether it's really even a card show. 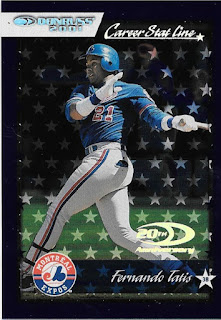 Saturday was the day of the one-day show I mentioned earlier in the month.  I like one day shows because it draws a different crowd of seller.  While you have to have a decent inventory to commit to paying for 3 days worth of tables and still hope to make a profit, a one day show has a cheaper entry point.  You get guys who collect, but just want to unload some extra cards for cash.  Or the occasional collector who is downsizing or getting out of collecting.  Or even some dealers who just don't want to commit their whole weekend to sit behind a table in a mall.

As an added bonus, the show was literally right down the street from me.  I had to make a total of three turns from my driveway to the parking lot.  It was a small show in a church...room?  I'm not sure what to even call it.  It wasn't really a multipurpose room.  Just a small hall maybe 20X50 that I assume is used for spaghetti dinners or bingo or the like.  There were a total of six dealers, two of whom I had seen just a couple weeks earlier at the other one day show. 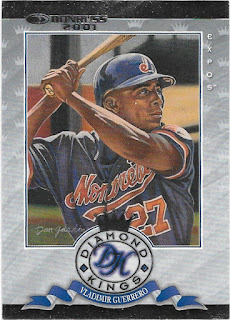 But hey, lemonade.  I made a very, very quick walkthrough.  It wasn't promising.  I stopped by the dealer who I bought off at the last show.  We've talked a few times now and have built up some rapport.  I'm probably the guy who buys the stuff he knows nobody else will want.  So I figured it was as good a time as any to see what he would do on a few 2001 Donruss cards that I've had my eye on for a few shows.  2001 Donruss is tough to find, and while I know I'll never complete a master set I'm always happy to buy as many cards from the set as I can get my hands on. 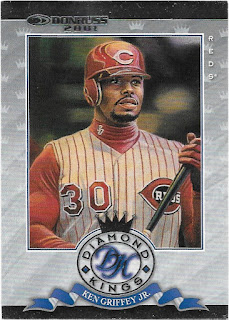 There were a few other lower numbered parallels from the set that I may have to come back to next time I see him.  But with the big annual Pittsburgh show in a couple weeks and plans to spend at least a day or two in Cleveland for the National, I was trying to be pretty selective on my purchases. 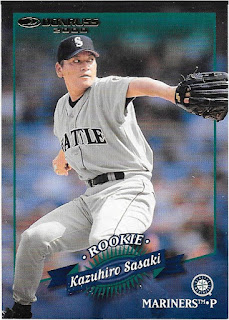 The hobby comes and goes in cycles.  But it's amazing to me how tough high numbered cards can be to find.  In the hit driven era, I guess most people assume some card numbered to 2000 from 17 years ago isn't worth much or won't have a buyer.  It makes it that much better when I'm able to scoop up a card I need.  But it sure is frustrating to know that probably an entire collection's worth of cards I want are wasting away in someone's basement or storage unit. 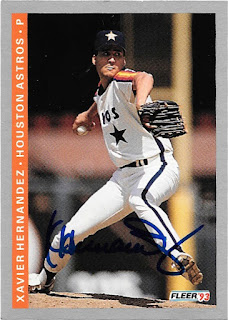 My best stop of the day was probably to a dealer who I've been buying from since the good ole days of mall shows.  He had a 7/$1 box that was loaded with 90's inserts, parallels, Artists Proofs, etc that I still get excited over to this day.  The 7/$1 box is gone, but he had plenty of quality on the one small table he had set up.

He had a box of autographs for $1 each.  Most of the cards were known easy TTM signers or late 90's Best autos of guys who never made much impact.  But I was able to find a couple cards that seemed worth the buck. 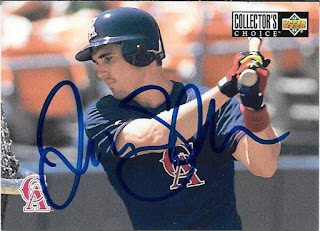 And my luck held true with some under appreciated parallels.  The cards were individually priced, but in true 90's dealer fashion were reminiscent of reading a Beckett circa 1992.  Some were $.35.  Others $.40 or .50.  On the odd occasion, a Clemente or Lemieux would top over $1. 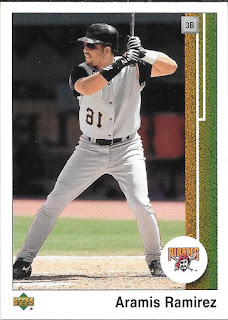 I was insanely excited when I came across this reverse negative parallel from 2002 UD Authentics.  It's such an under rated product, in my opinion.  It was a really fun break at the time, and the merits and iconic status of the 1989 set can be debated for ages.  But the cards are damn hard to find, and my team set is still incomplete.  The reverse negatives were 1/box, and can be easily overlooked.  Aside from the photo, they're identical to base cards.  So for $.35, yes please. 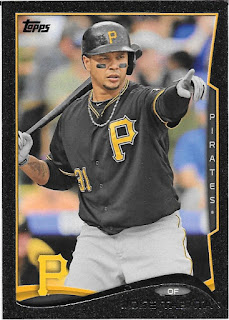 Speaking of which, when can you get a Topps Black card for $.35?  Again, it was too good to pass up.  And the black jersey on black border just looks sooooo nice. 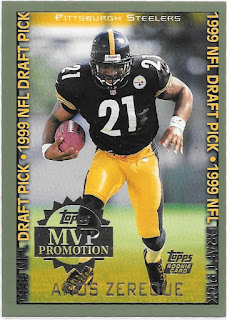 My favorite card of the day was this Amos Zereoue MVP redemption card.  I can't remember if there was an announced print run for the MVP promos from 1999, but the cards are tough to come by.  And since Famous Amos was both a Steeler and a Mountaineer he's one of my favorite player collections. 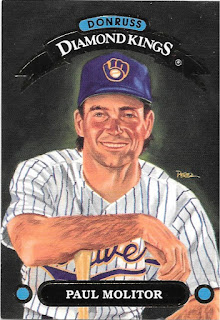 I also snagged some nice dimebox finds, including a stack of 1993 Diamond Kings.  The 93 design and art is probably my favorite of the entire DK run that Dick Perez did. 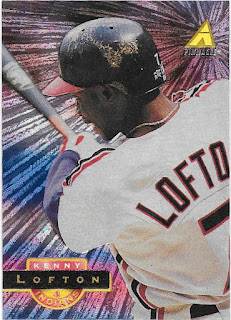 The rest of the dealers were pretty unexciting.  I did buy Willie Stargell and Francisco Cervelli bobbleheads off a guy who was downsizing his bobble collection.  I apparently had gotten there a little after he had sold a bunch of minor league bobbles that I probably needed, so that was disappointing.

Buying from half the dealers at the show seemed like a decent haul, and all for under $35. 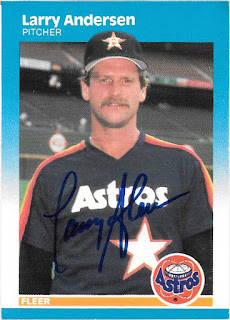 But I miss the regular interactions of card shows.  Seeing dealers you know, finding new cards you've been searching for or ones you never knew you wanted.  So many of the larger shows have become vintage heavy.  I don't really need to see 7 dealers all selling the same cards.  While I know some collectors are particular with condition or centering, I'm going to buy the copy that's cheapest.  Period.  And once I have a copy, no matter how well worn, I'm not likely to actively look for another.

But with two majors shows coming up, I'm hoping I'll continue finding some new cards for the collection.  What's the cardboard pulse like in your area?  Are card shows still going strong?  It's always interesting to see how much variety there is across the country.