Hey Now, You're An All-Star 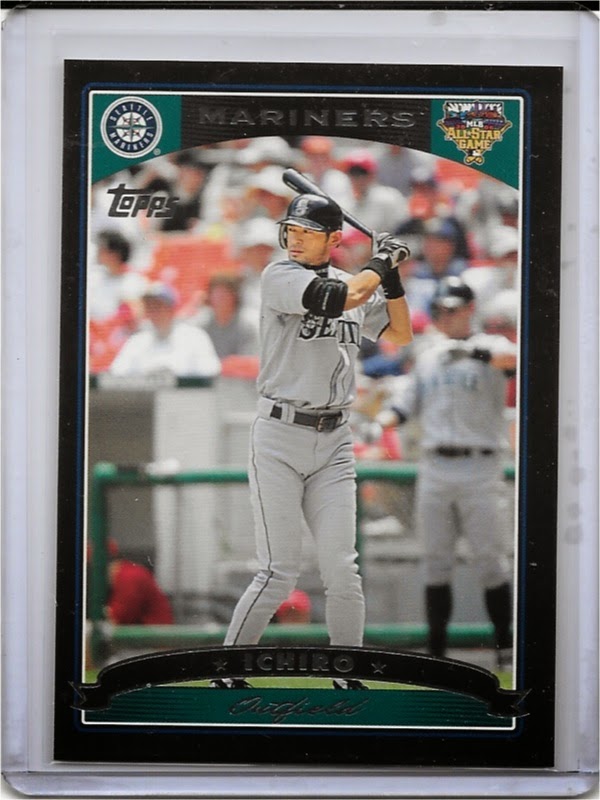 With the National less than a month away in Cleveland, it's pretty exciting to finally be heading to my first NSCC.

As a wee tike, I used to love seeing the different exclusives that used to be produced for the hobby's biggest events.  Event exclusive cards just always had a certain aura around them for me.  Geographically and numerically limited, they're cool pieces that can be pinned down to one exact moment or memory.

It's really a shame that card companies (or at least the few left) don't do more event exclusives.  At the National, I won't be giving a second thought to any of the exclusives that will be available, which mostly seem like a money grab to cater to big time dealers and flippers.

It's a far cry from my experience at the 2006 ASG FanFest.  There were quite a few exclusives, including a 5 card set released by Topps, with a different card available each day.  I believe you had to rip something like 5 or 6 packs of Topps product to get the exclusive.

A handful of Opening Day packs later, I had a beautiful Roberto Clemente card.  The other 4 non-Bucco cards in the set didn't interest me.  But time does funny things.

While browsing ebay last week I came across this Ichiro ASG exclusive.  It's card #1, from the first day of the extravaganza, which I believe would have been a Tuesday or Wednesday.  The card was a little more than I would typically pay for an oddball type addition, but completed auctions were few and far between, and I assumed the print run was fairly limited to begin with.  And it was pretty easy to justify that $3.50 shipped was still less than it would have cost for me to rip a half dozen packs of Opening Day in 2006.

Anybody else have any event exclusive cards that are near and dear in their collection?