I Bought a Time Machine 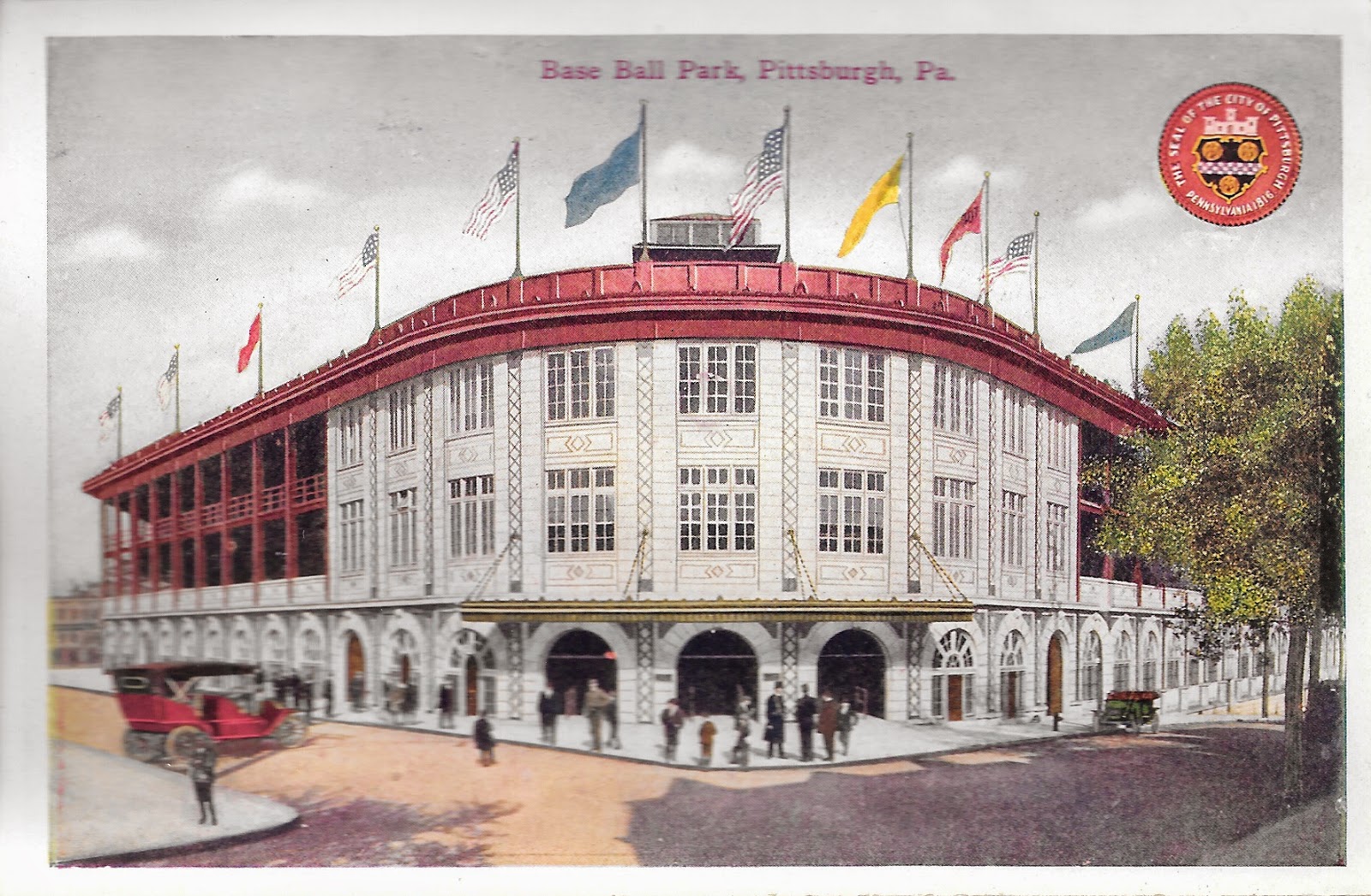 I'm working in reverse a bit as I try to catch up on the last month of my collecting life.  Kate and I spent the 4th driving out to the Rogers, OH to do some flea market shopping.  The event marked the 1 year anniversary of us moving back to PA, and we made a similar trip last year.

It was crowded, but the weather was fantastic.  I picked up some awesome finds, but the coolest addition had absolutely nothing to do with me.  After fighting through traffic and finding a parking space in what amounted to a field, we spent about 5 hours walking through the various vendors set up.  Overall I wasn't very impressed by the quality of the stuff for sale, especially the lack of sports memorabilia.  I added a few nice pieces, but the assortment of dime boxes, sports knickknacks, and bobbleheads that draw me to flea markets was lacking.

As the day wound down, vendors were starting to pack up and drive off by mid afternoon.  I was hot, hungry, and had already probably spent too much money.  As we plodded in the direction of the car, Kate stopped to look through a post card vendor.  Since she started writing her blog, Thriftburgher, Kate has slowly taken an interest in vintage postcards.  She has always been tolerant, even supportive, of my collecting habit(s), but had never been much of a collector herself.  So I certainly can't complain about shared appreciation for old pieces of paper, even if they are a little different in size.

The postcard search was actually one of the big motivations behind the trip to Ohio, since there are a mix of OH and PA vendors, which makes for a nice selection.  I was stalling time looking at a few booths that I had no intention of buying from while Kate investigated some postcards.  A few minutes later, she came over saying she had found some for $5.  I was tired, cranky, and slightly irked at the idea of spending $5 on some old postcard.  So we wrapped up the day and headed home.

It wasn't until later that night that we started showing off our finds to each other.  She had a hefty stack of postcards, and I with my sports memorabilia.  So I needed to see this $5 postcard.  What could possibly be that good, when there were plenty of vintage postcards available for 3/$1 or $.50. Apparently I'm a bad listener.  It was actually an unused postcard collection, with about 20 cards front and back connected together.  Now for the awesome part.

The cards are postmarked from 1914.  The postcard folder uneathed a series of photos from my fair city exactly 100 years ago.

It was an awesome piece of the city's history from the early 19th century.  Better yet, there were some sports related postcards inside. 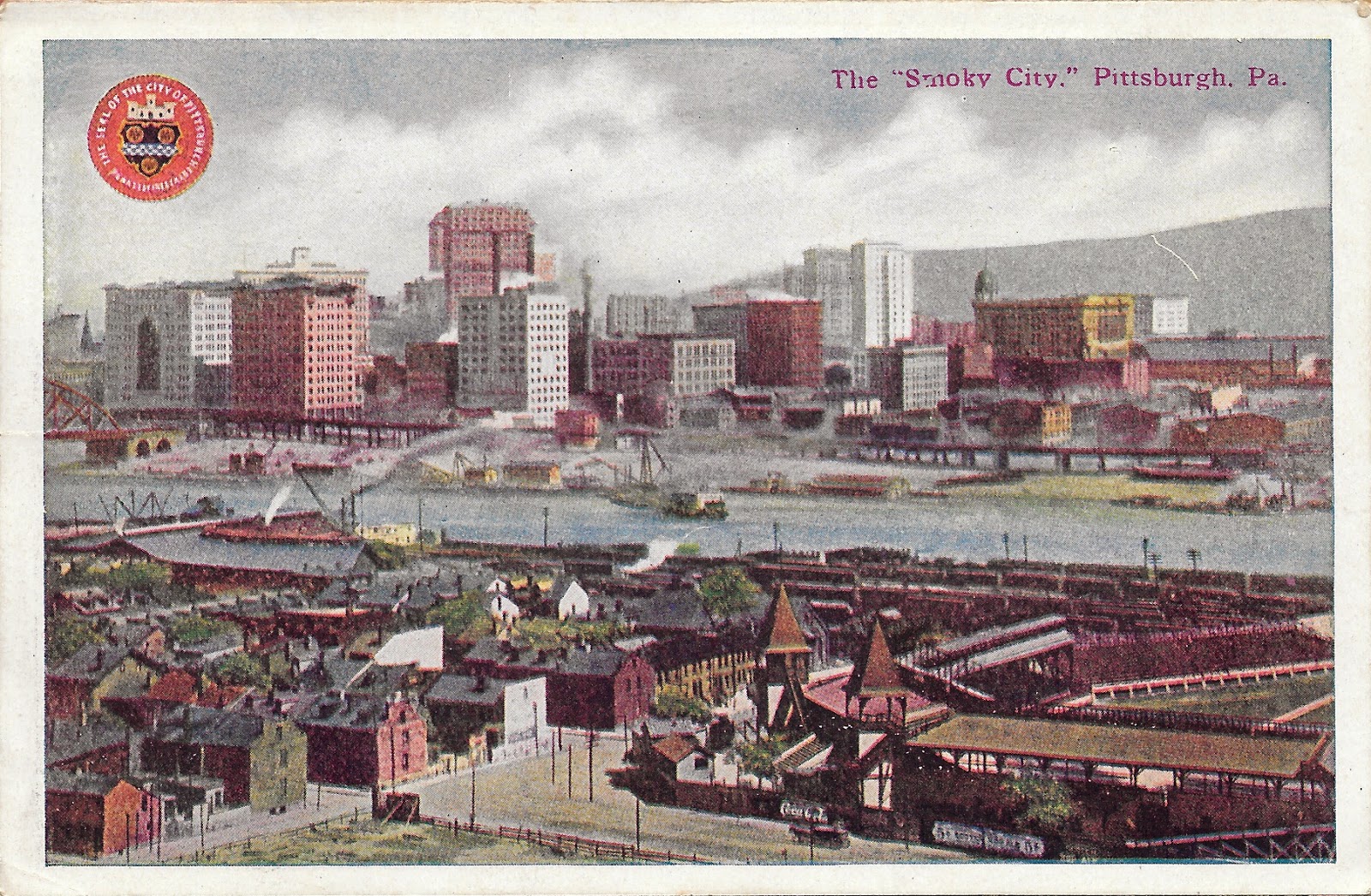 The card above features Exposition Park, the predecessor to Forbes Field.  The park was located about a quarter mile down river from the current site of PNC Park.  The park was replaced in 1909 as the home of the Pirates, but remained in use until 1915. 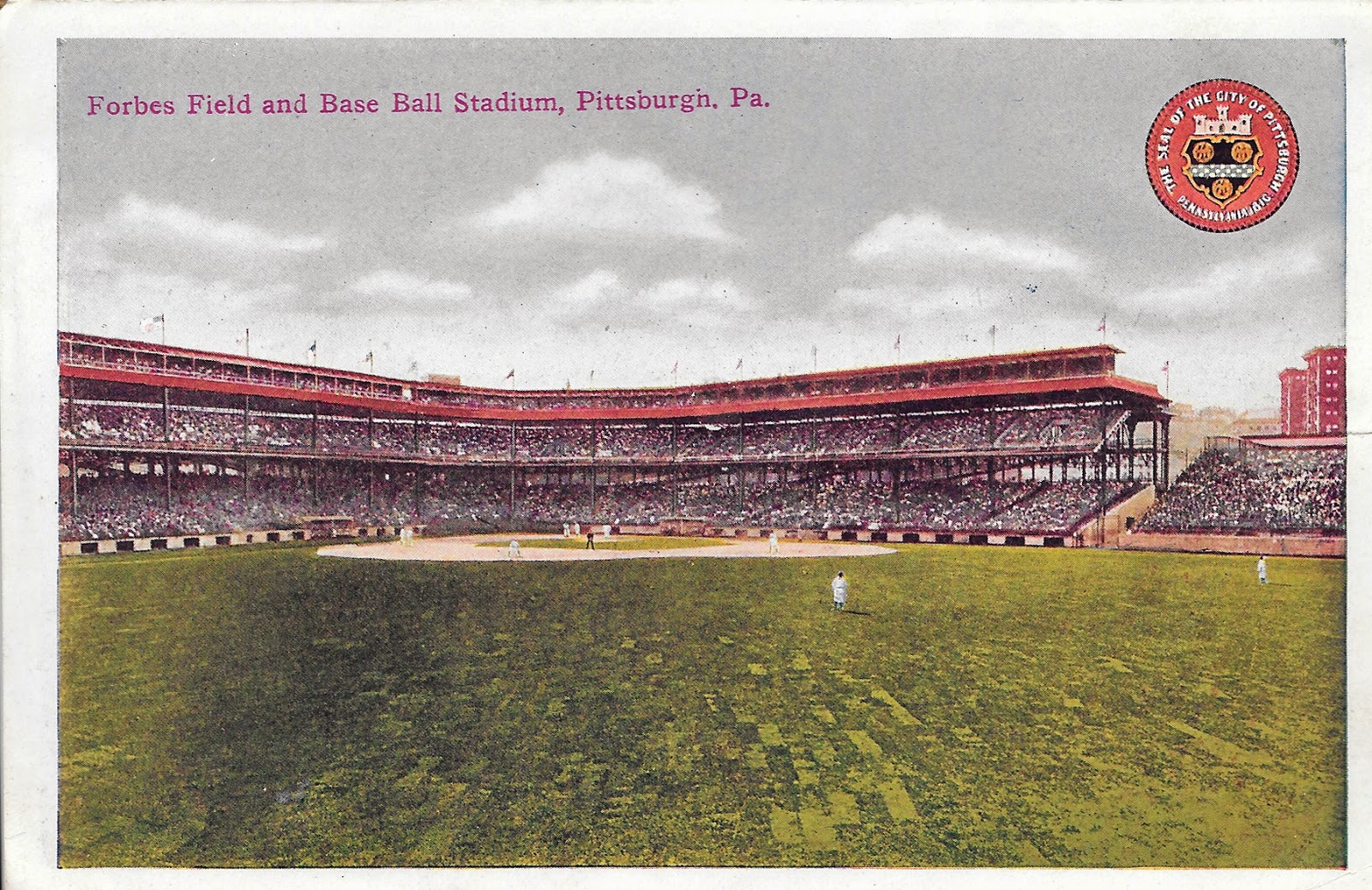 If you're interested in seeing the other postcards, check out Kate's post.  For $5, this may be one of the coolest purchases we've made.  Not that I deserve any credit for this find.  For being 100 years old, the cards are in amazing shape.  It's sort of overwhelming to think of the changes, the rises and falls, the city has gone through over the past 100 years.
Posted by Mark at 2:39 PM