After another month long disappearance, I'm back to blog land.  And this time finally with a renewed interest in collecting and (hopefully) cards.  Flea market season seems to have brought out the best in me.  But I do feel pretty crappy that I disappeared before I got to show off the best pickups from the big Robert Morris show, including my Pirate card additions and two awesome framed pieces.

In the time since I went away, I have found some really amazing pieces at flea markets.  As my card buying as tapered off, my appreciation for other Pirates memorabilia has picked up steam.  The down side?  Wall space.  Namely my lack of it.  Most of the wall space in our current apartment is already accounted for.  We're looking to move later this year, possibly into our first house.  The plus?  Wall space and finally a man cave of my own.  The down side?  Makes putting new stuff up on these walls kind of tiresome when you just hope to take stuff down in a few months.

But boy will I have an awesome basement one of these days...

This was a pickup from the RMU show, and is probably tied for being my second favorite addition from the show with this piece. 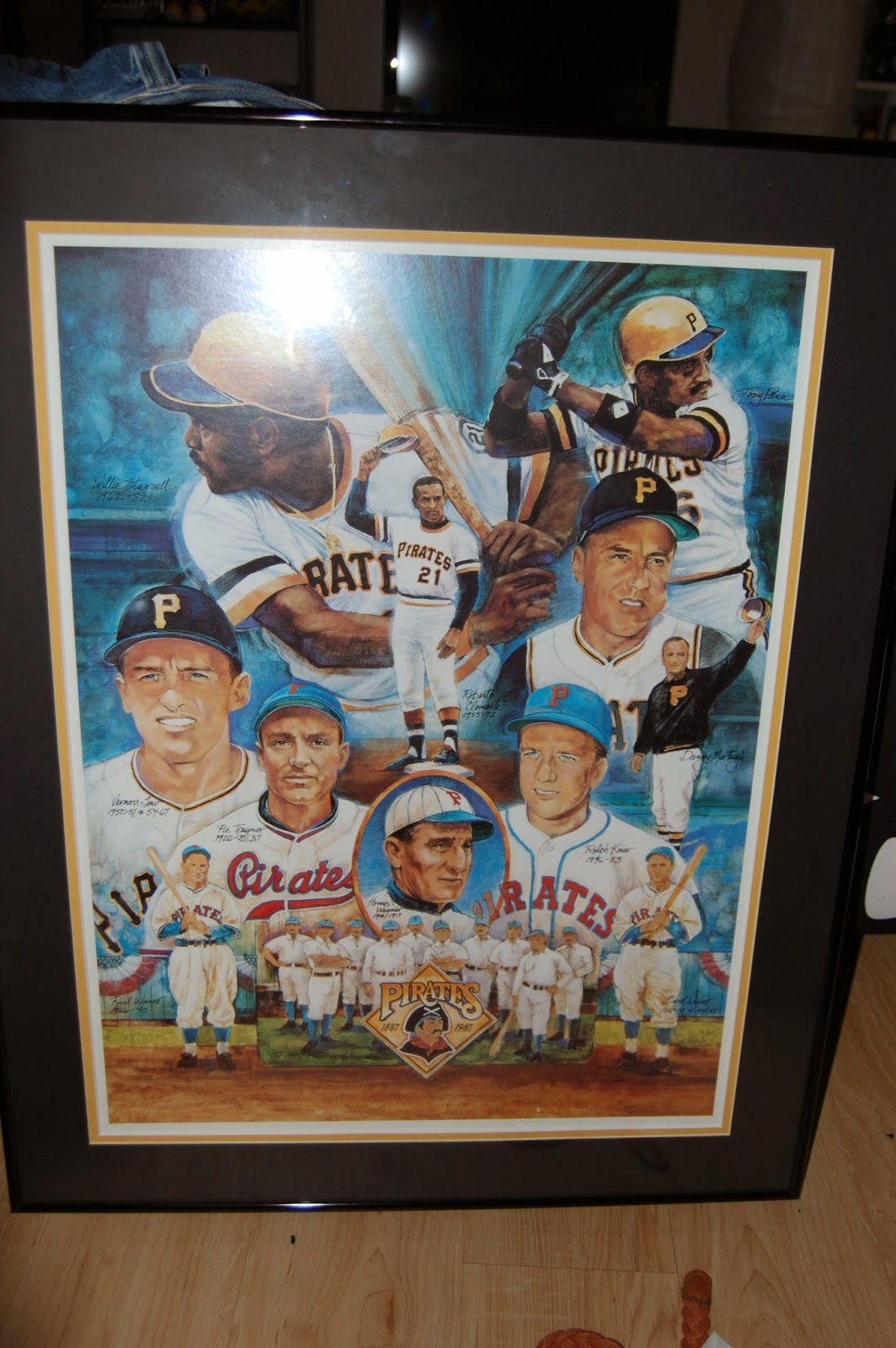 It looks like the print came from the Pirates 100th anniversary in 1987, and aside from the somewhat questionable inclusion of Tony Pena captures all the Pirates greats to that point.  I might take slight issue with the size of Clemente in comparison to Pena, Stargell, and Maz.  But otherwise the colors on this print really stand out, and the blue/red and black/gold color schemes create some interesting contrast.

I'm a history junkie, and I think there's something that really attracts me to pieces that acknowledge a lengthy span of history.  One of the things I love about the Bucs is that their history largely parallels the rise of the city of Pittsburgh.  To fit all those eras and players into one space is just really interesting to me.