Regrets, I've Had a Few

I made an interesting little discovery today while browsing COMC.  They added a new feature at the bottom of the left hand navigation bar allowing users to search for "sold out items."  This is obviously a big step in their move towards offering comprehensive pricing.  But what does it mean for me? 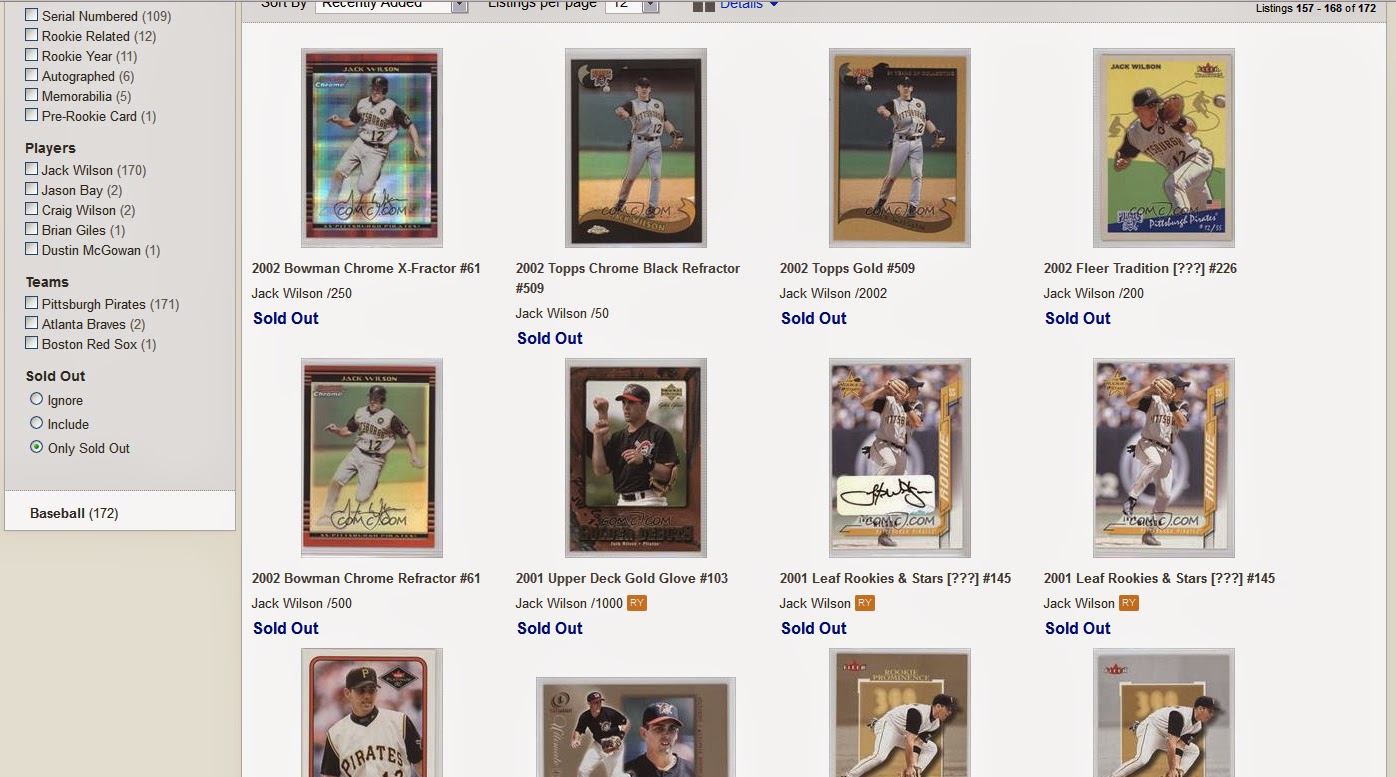 It means I missed out on some really hard to find Jack Wilson cards, mostly at dirt cheap prices.  I came across about half a dozen cards that I haven't seen before, mostly numbered between 50-200.  The real kick in the junk?  None of them sold for more than $5, most well below that.

I started using COMC around late 2010 or so, my first real splurge in grad school.  I've been pretty diligent about checking the site regularly since then.  But I'm sure a few of these either sold before I found out about the site, or may have been gobbled up quickly after going live.

Either way, it's a bit of a bummer since my Jumpin' Jack Flash additions are few and far between these days.  Hopefully the National will yield a find or two.
Posted by Mark at 8:16 PM