An Autograph a Day, Part 15 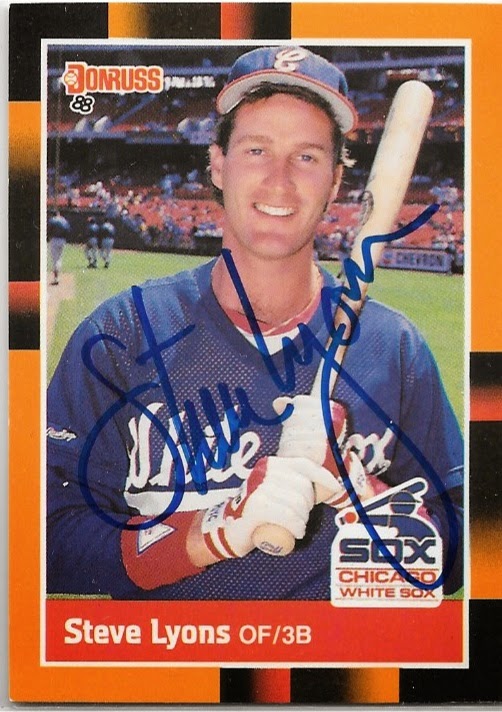 Steve "Psycho" Lyons is one of those guys that seems hellbent on living up to his nickname.  After his playing days, Lyons made a pretty nice career for himself in the broadcast booth.  But he has a pretty impressive track record of making comments that are, well, shall we say less than enlightened on various subjects.

He's currently working as a studio analyst for the Red Sox, which presumably should give him fewer opportunities to stuff his foot down his throat. 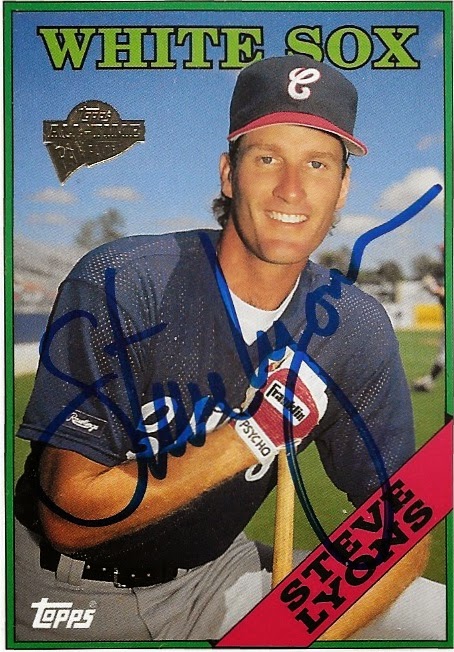