After eight years of loyal service, I finally retired my Toshiba Satellite laptop that I bought before college.  It has held up amazingly well, all things considered.  If not for a pesky clogged cooling fan, I probably could have gotten another year or so out of it, since the specs still hold up well against most low end computers today.  But the upgrade is welcomed, since it has essentially been a foldable desktop the last couple years, and adding any kind of games or programs has been out of the question for a while.

So this marks my first post on my...new Toshiba Satellite.  What can I say?  Eight years is enough to inspire some brand loyalty.  In clearing out the (and slightly laughable 125GB) hard drive (onto my new, shiny, 1TB hard drive), I came across some scans that never made it up onto the blog. 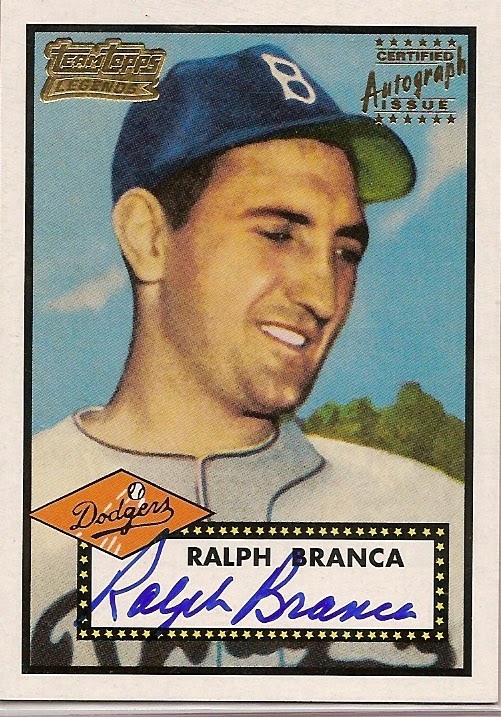 The Team Topps reprint autos were perhaps one of the last good ideas Topps had.  The autographs were inserted across multiple products from 2001 or 2002-2003? and came in addition to whatever guaranteed "hits" came in the product.  Better yet, the autograph checklist covered a pretty broad range of players who didn't have certified autos at the time, and many wouldn't have any others again.  I believe I pulled Branca, Andy Pafko, and Luis Tiant.  They're among some of my favorite autos in my collection to this day. 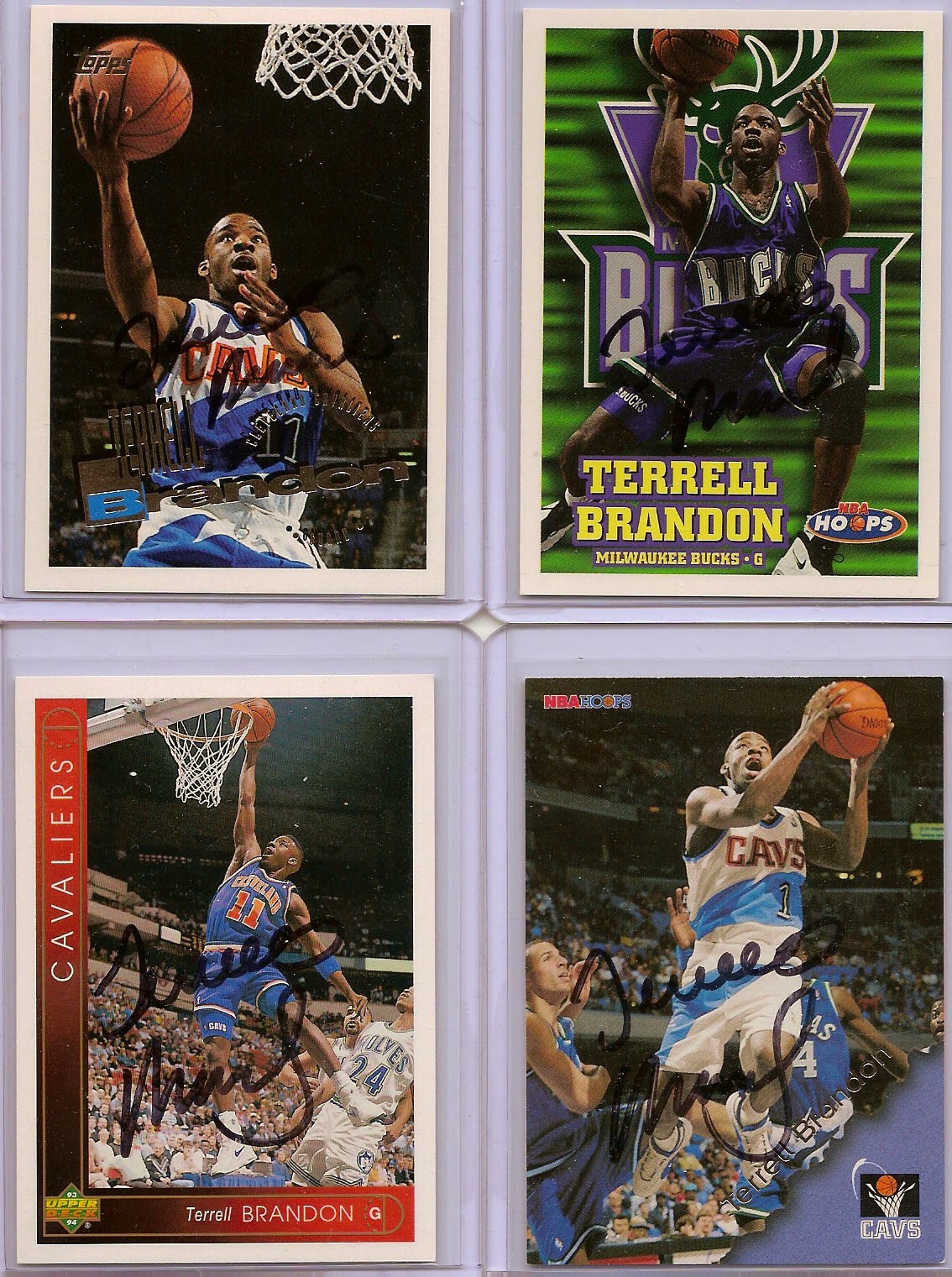 How awesome were the Cav's mid 90's uniforms?  Maybe I'm in the minority, but I loved the crazy paintsplash strip across the middle. 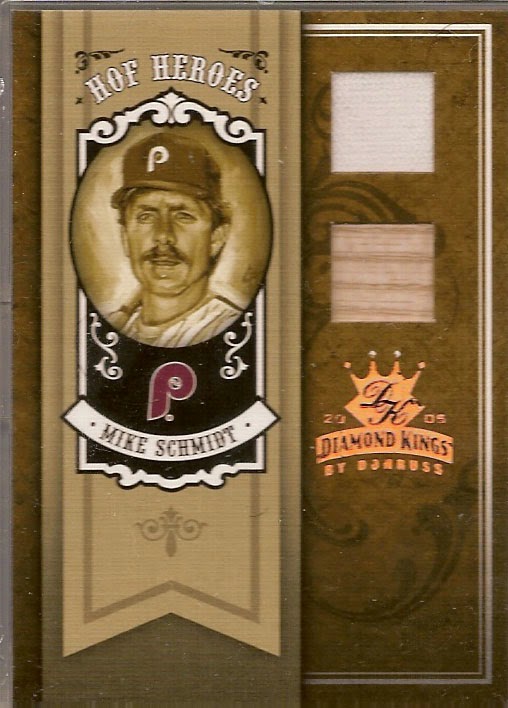 And with my Cyber Monday order from D&A scheduled to arrive Monday, this seems fitting.  Best part about this card?  It was free.  It came as my freebie bonus packs from an order around Christmas in 2008 or 2009.  In three packs of 2005 diamond Kings, I hit the Schmidt and a Matt Williams game used card.  Not bad for some throw in, right?

It's strange how the hobby comes full circle.  At the time, people complained about the product being watered down because there were too many hits and parallel levels - hence the boxes being broken down as freebie packs.

Today?  The boxes are very tough to come by, and pricey when you can find them.  Guess those pesky framed colored borders don't look so bad when Topps has four million color variations each year.
Posted by Mark at 1:07 PM