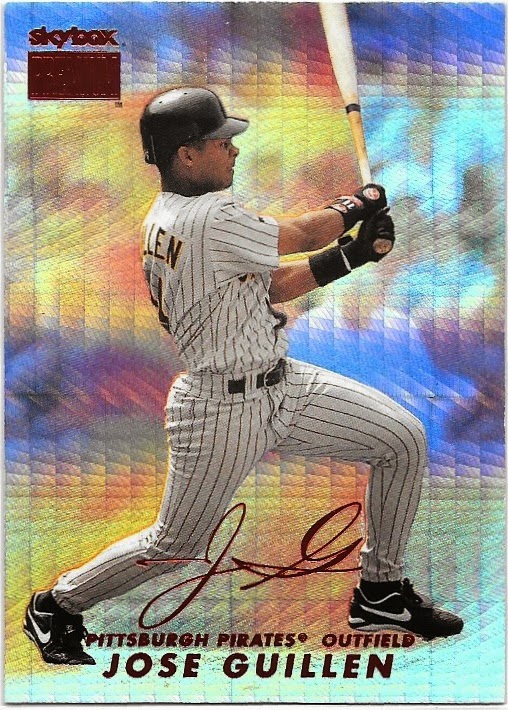 I don't think I made it official on the blog yet, but I decided a few weeks back to start working on the 1998 Donruss Signature autograph set.  I put together a photoshop template for the set, and really gained a new appreciation for the series.  More on that another day.  But in looking for Signature Series cards, I stumbled across a couple rare Pirates parallels that were on ebay with reasonable, if a tag high BIN's.  I thought they might be a nifty "To: Me, From: Me" Christmas gift, when I noticed one of them had ended.

Worried somebody had snagged a deal out from under me, I was relieved to see the cards had gone up auction style.  Checking the seller's other items, I discovered what must have once been an insane Jose Guillen super collection, full of rare cards from the 90's through the end of Guillen's career.  All of the Pirates cards went into my watch list, but with the auctions ending two days before Thanksgiving, the timing wasn't ideal.  I had already earmarked a budget for Black Friday shopping on COMC, and wasn't about to change my plans too drastically.

When the dust settled and after some last second snipes pulled cards just out of my clutches, I ended up with 4 cards headed my way.  Better yet, all four were pretty tough 90's parallels. 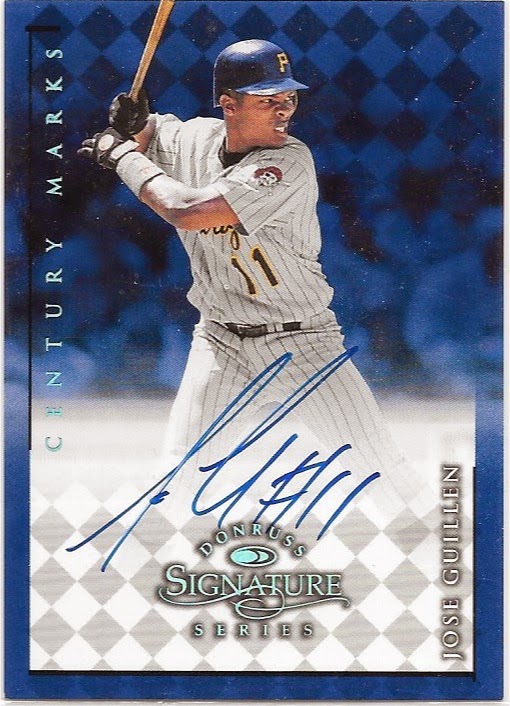 The real gems were the two Donruss Signature Millenium parallels.  At only 100 copies, they have to be some of the rarer autographed cards to come out of the 90's.  Better yet, I was able to win each of them for less than the $13 BIN's they had been listed at.  The '98 is a thing of pure beauty (and will be joined by another Pirate from the set that I found on COMC later in the week) 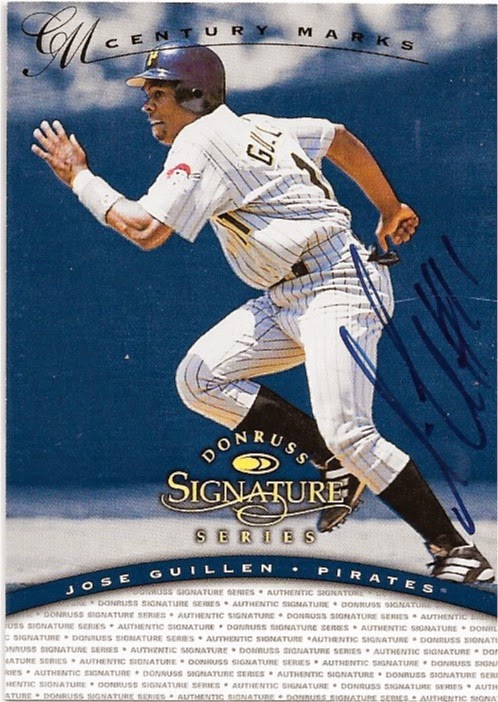 The '97 copy is a little marred by the fact that Guillen signed up the side of the card.  The autograph actually pops rather well in the scan - in person the blue on blue almost gets lost.  Still, it's a tough card from one of the landmark sets in the hobby, even if the set perhaps doesn't get quite as much love today. 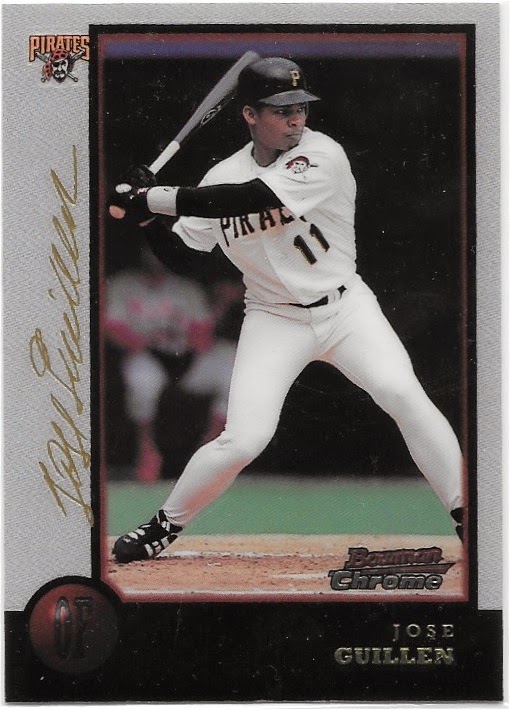 And finally, I landed a Skybox Ruby and '98 Bowman Chrome Gold, both /50.  Had they come up at a different time of year, I probably would have chased a few others more aggressively, but I'm still thrilled with these pickups.  It's not very common to come across some of the rare 90's inserts for the Pirates, so the idea of basically having an entire run of 90's parallels laid out before me had my mouth watering.

And believe it or not, but there was actually a time when Jose Guillen was a hot player to collect.  But like Jose Tabata a decade later, Pirate fans really need to stay away from right fielders named Jose...  I shudder to think how much cash the original owner must have tied up in these cards.