We Can Be League Leaders, if Just for One Day

But there's something else I love about the start to the season.  Something, well...weird.

I love the stat lines during the first couple weeks.  Once the "2014 stats" give way to a fresh slate of 2015 numbers, the best part of a batter walking to the plate is the flash of his stats across the screen.

April is prime ground for some ridiculous numbers.  The guy hitting over .600, or the future Hall of Famer batting an astounding .112. 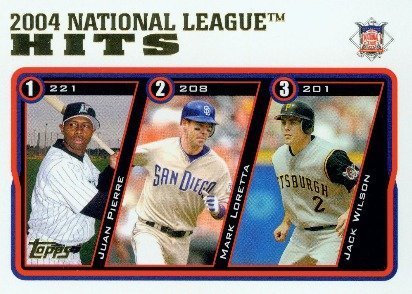 I appreciate the game's new metrics.  I was on board very early, when a lot of baseball people were grumbling about the fancy numbers.  But I'm still a sucker for counting numbers.  And nothing beats when that's immortalized on cardboard. 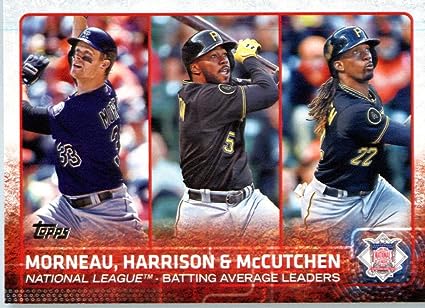 Particularly Pirate cardboard.  Even if a Pirate isn't the leader in a category, it's great to see the Bucs recognized as among the best in the game.  There's something just really cool about being a league leader.

Leader cards were missing from Topps sets for a good number of years.  Of course, the Pirates were largely absent from the leaderboards in those years.  But I certainly wouldn't have minded some Barry Bonds or Doug Drabek league leader cards in the early 90's, and perhaps Brian Giles could have made the card in a few categories in the 2000's.

I don't think we'll ever see any First Week Leader Cards, featuring the likes of David Ross and Alex Rios.  But the end of year variety are among my favorites every year.