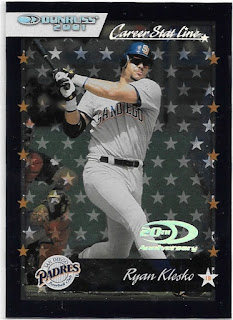 My latest COMC shipment has been sitting idly in the box it came in for the better part of a week and a half.  Maybe this weekend will be the grand cataloguing process, maybe not.  I'm happy with the cards I added to my collection, but my relationship with COMC has been going downhill for a while now.

The site was a great resource for lower end cards when I joined in 2010 or 2011.  But then again, submission fees were only $.10 and shipping was $.15.  I could buy a card for $.50, with there still being enough meat on the bone for the seller to be happy.  Inflation, cost of doing business, yada yada yada.  You can argue whether the increases in cost are justified or not.  But at the end of the day, a card submitted now that sells for $.50 is basically the seller making a charitable donation to my account after the (at least) $.25 submission fee and the $.25 shipping fee.  And quite honestly, those cards I happily scooped up for $.35 or $.50 cents are far, far less attractive at $.75 or $1. Right around the time I decided to take on the 2000 TC Refractor set, I also decided to try my hand at the 2001 Donruss Star Line parallels.  Realistically, finishing the set was never in mind.  It's more just hoarding as many cards as I can, with the two tiers of parallels and offshoot retro sets.  But these are exactly the type of card that COMC used to excel at.  Fairly common parallels of fairly common players.  I'm sure in 2010 or 2012 I could have scooped many of these up without much problem. 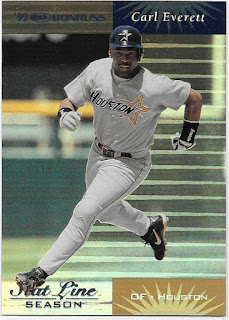 Today...I was thrilled to even find 5 new additions that fell into a price range I was willing to pay. 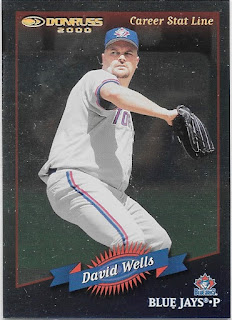 Everything in collecting comes in cycles, and I realize for many the excitement of parallels numbered above 10 isn't at the top of their priority list.  But it constantly amazes me how tough it is to find some of these parallels - many of the cards in the Stat Line set are numbered in the 300-400 range.  Without thousands and thousands of copies, you'd think there would be a dealer at a show with a few here or there.  But they have been surprisingly tough gets for me. 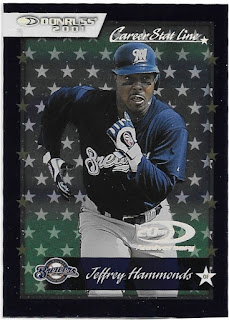 What about you?  Is there a project you are working on that just seems head-scratchingly tough to track down?
Posted by Mark at 11:53 AM

Email ThisBlogThis!Share to TwitterShare to FacebookShare to Pinterest
Labels: 2001 Donruss