Custom Creations: The Greatest of the Greats

After showing off my new Jim Bouton 2000 Fleer GOTG auto addition the other day, I felt like it was time to add some updates to such an iconic set. 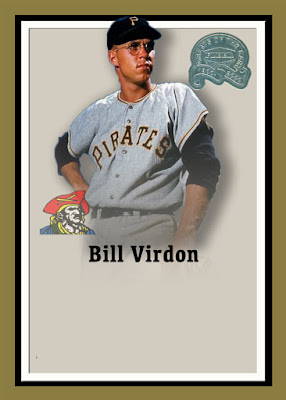 Throwback sets became all the rage in the early 00's, and the 2000 Fleer release set the bar incredibly high.  The set featured an impressive checklist and many players who hadn't been featured on cardboard in quite some time.  To see them in person, the cards are just stunning, and have a depth and shadowy effect that makes them look fantastic.

I can't say I was totally able to recapture the effects on this custom, but it's a good first step I suppose.  Right now, it's just a digital mockup, but I look forward to getting a few test copies printed out (and hopefully signed) in the near future.
Posted by Mark at 1:00 PM