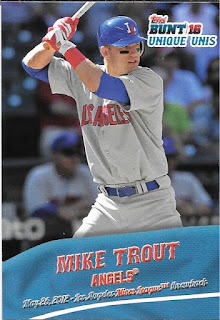 Maybe I'm just an old soul.  Maybe I just watched too much Battlestar Galactica, and have very legitimate concerns about the machines taking over.  Either way, I'm decidedly behind the tech curve.
As digital cards have become...a thing...in recent years, I tried to wrap my head around it.  I've even bought "packs" on and off over the last few years with the free coins you can earn by logging into Topps Bunt.  Still not seeing the appeal.

But when I saw that Bunt had been released as a tangible product, I was pretty excited.  The one thing missing from my collecting calendar (aside from multiple manufacturers who can use logos and Topps Total) has been another low end release.

We have super duper high end products out the wazoo.  We get the more throwback sets than James K. Polk would care to see.  But for the low end collectors, the only crack at a fun, cheap product comes before the first game is played, and the excitement wears off while superstars are still hitting below the Mendoza line. 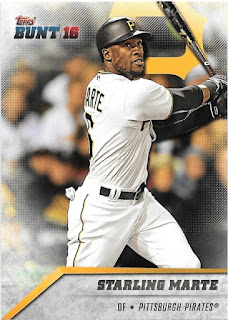 So the timing seems perfect for a mid-year low end release.  And while I have absolutely despised the Flagship releases over the last couple years, the design for Bunt actually really struck a chord with me. 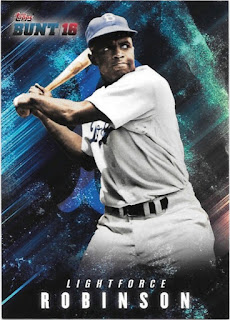 It's been a rough week work-wise, finding out that we lost a contract with a school that we had been told "was on the way" for months two days before the start of the year. 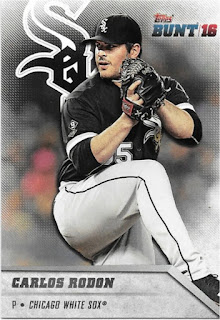 So a little retail therapy was very welcomed. 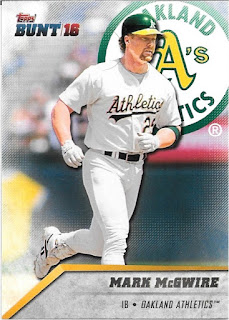 I enjoyed the break for the most part.  The inserts in my blaster box looked great, even if the player selection wasn't my favorite.  I'm a sucker for throwback uniforms, and the trippy Lightforce inserts are some of my favorites in years.  Add in a nice, clean base design that doesn't feel over-engineered despite the fact that there really is a lot going on, you we have a winner. 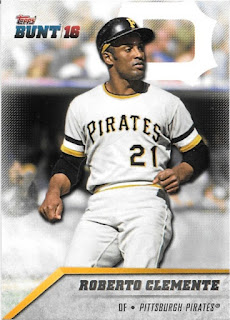 My biggest complaint was the lack of inserts.  Unlike Opening Day, which has often yielded multiple inserts in the same pack, over half the packs I opened either had no insert or a coupon for a free pack of Topps Bunt (the online one).  I get the latter - after all, I assume the product was largely created to drive traffic to their digital platform, where they can rake in the cash without that pesky step of actually...producing...anything.

Still, it would have been nice to see more inserts out of the packs.  But given how stale and formulaic Opening Day has started to feel for me, this was a great change of pace for $10. 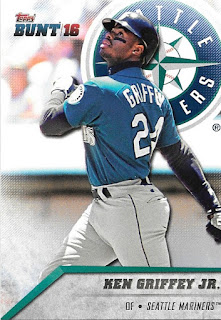