Blowing the Dust Off

So I guess it's been a minute.  Or more accurately, all of 2017.  Collecting has sort of slowly drifted towards the background over the last couple years.  In 2017, I went to one card show.  I can probably count the number of ebay purchases I made on one hand.  I couldn't even tell you what sets came out this past year.

Collecting had become more of a chore than a hobby.  I've seen that happen to collectors over the years, but didn't understand until I found myself in that spot.  I had to check my ebay saved searches, scan COMC daily for new cards listed, and keep up on the increasingly complicated checklists and parallels Topps would release.  I would have my day ruined if I saw a completed auction or a COMC sale of a card I had missed out on.  All in all, the relaxing part was pretty much gone.

Add in the stress of work, new projects of owning a house, and my growing frustration with the way the Pirates continue to frustrate me as a fan and it was time for a break.  And honestly I'd be lying if I said I missed it, even though I would occasionally head to my basement card setup to sort some cards or send the occasional TTM request.

So why am I here?  Because for all of the things I found myself hating, there are so many thing I have loved about collecting over the years.  And instead of focusing on what new cards I've picked up, I want to get back to writing and sharing the tens of thousands of great cards I already have in my collection. 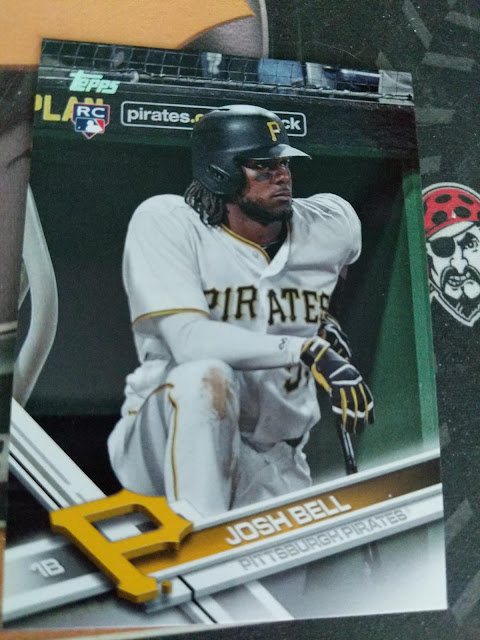 Truth be told, I've got the bug again.  We were at Target doing some Christmas shopping a few weeks back, and I decided to grab a pack of Update.  It was always one of my favorite sets of the year, and the price is right.  One pack.

Turns out it was probably the best pack I've opened.  No, there wasn't a high dollar card.  or even a "hit."  But nestled right in the center of the pack was a Josh Bell SP followed by a Willie Stargell insert. 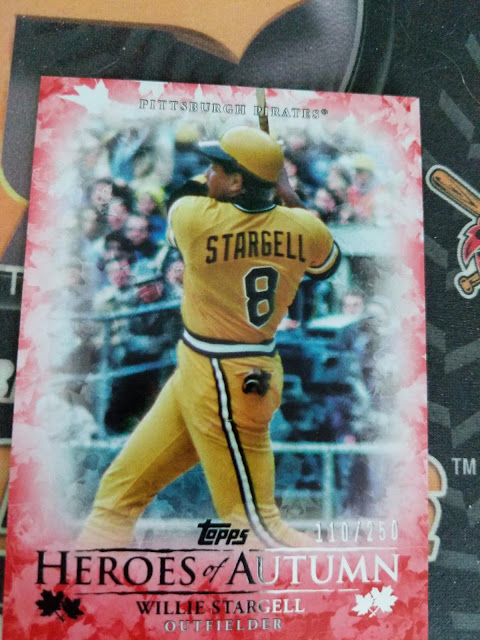 Like I said, nothing to set the world on fire.  But I've always had crummy luck with pulling Pirate anything out of packs.  And even though they're probably $1-2 cards, it was that that childhood joy not of something that has resale worth, but simply getting a card you like.