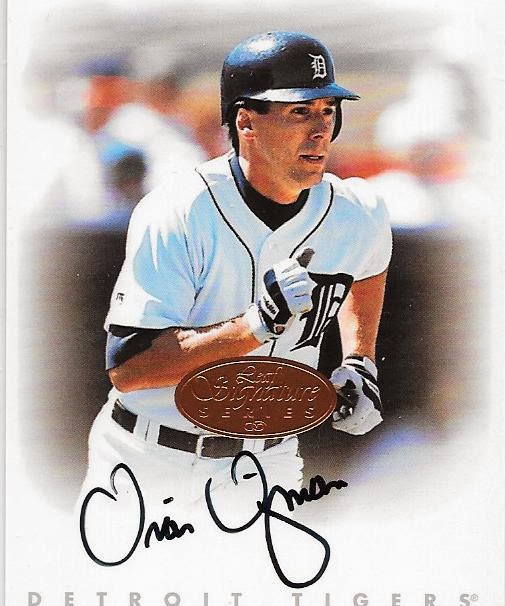 I've been going on a bit of an autograph binge in recent months.  Maybe I caught a touch of nostalgia, or maybe the dropping prices for 90's and 00's stars set the wheels in motion.  But I've been picking up some nice additions to the autograph collection recently.  And I must say, it's a nice break from adding your 25th Jose Tabata auto or 30th Nyjer Morgan.

Almost without fail the autographs I've added have fallen into at least one of a couple categories: semi-stars from my childhood/teen years, players who came to video game/Starting Lineup fame in my house, or expansion franchises.  And as you can imagine there's plenty of room for cross pollination between those categories.

By far my favorite of the bunch is this Travis Fryman auto.  Fryman's career was cut short by injuries, but he was a pretty good 3B through the 90's, and also a starting outfielder for my Starting Lineup team.  He was positioned in a dreaded fielding pose catching a fly ball, so he spent quite a bit of time standing around in the outfield of our basement carpet as paper baseball after paper baseball sailed overhead in games that would routinely hit triple digits.

Speaking of fantasy fame, long before most of the country was playing fantasy baseball, video games served as my personal fantasy league.  The results rarely made sense - Ken Griffey, Jr. was notoriously terrible in baseball games, while some bench player would come out of nowhere and post a .400 season. 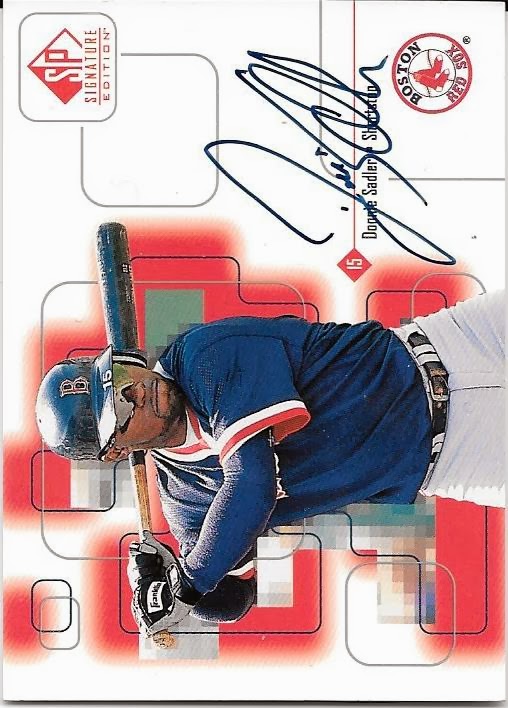 Internet, meet Mr. Nowhere.  Donnie Sadler lasted nearly a decade as a utility infielder, but never lived up to the expectations that landed him in BA's Top 100 prospects twice.  But in All-Star Baseball for N64?  He was the second coming of Tony Gwynn.  When I came across this card in a $.50 box at a show a few weeks ago, fantasy met reality. 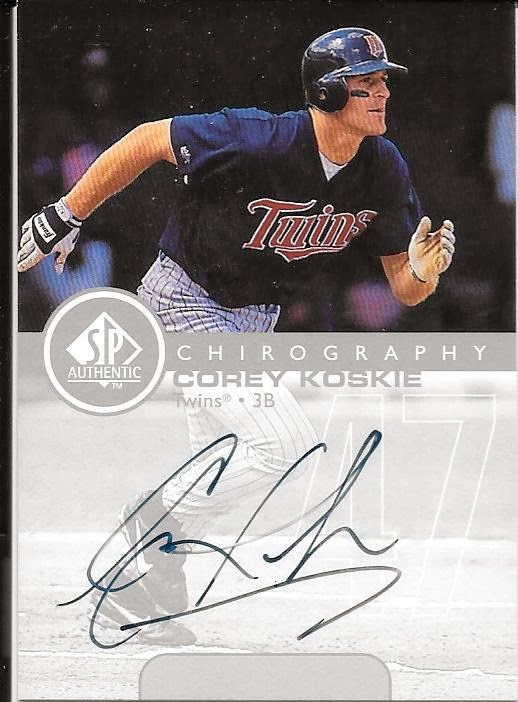 As a 90's kid, there was something awesome about the idea of expansion franchises.  It would take me a few years to realize awesome meant diluting the talent pool and terrible baseball in largely unready markets.  But...the logos sure were awesome. 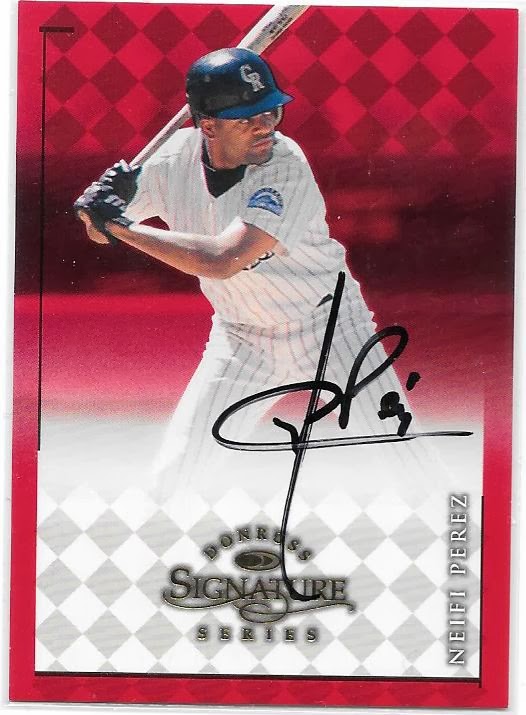 I'm still a little peeved that the Devil was taken out of the Rays.  And those Rockies black vests?  No thanks. 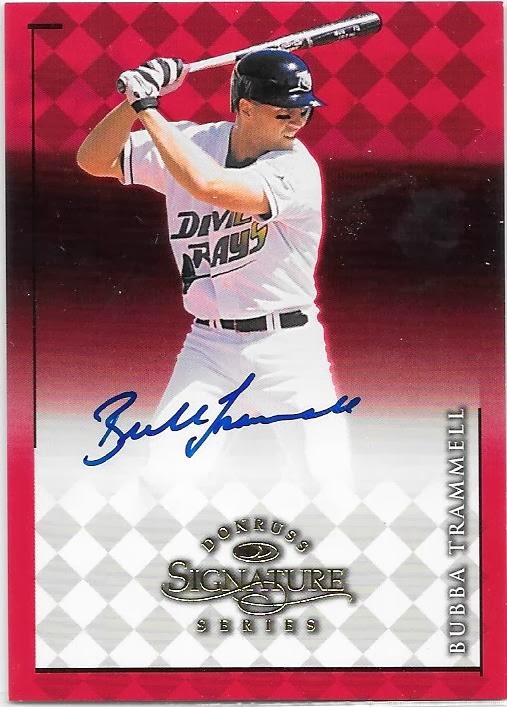 I am, however, a little more at peace with the Marlins art deco color explosion in their new ballpark.  Once the Marlins started phasing out teal as their primary color, so went my heart.  So I'll settle for orange. 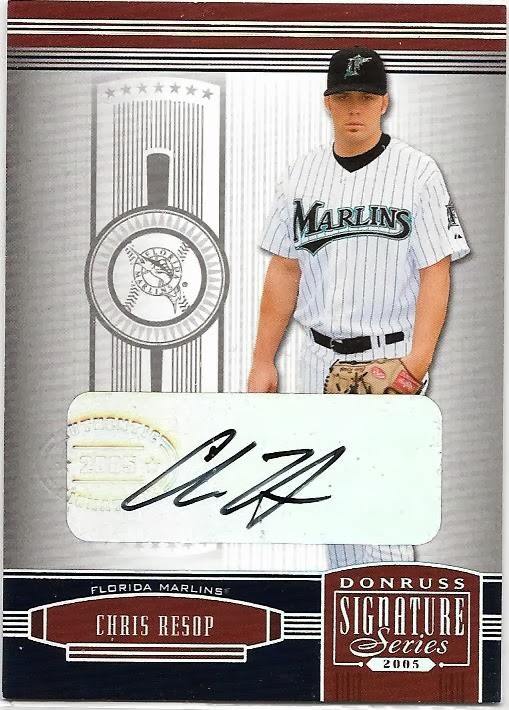 But I didn't strip out all the star power in favor of low end gems. 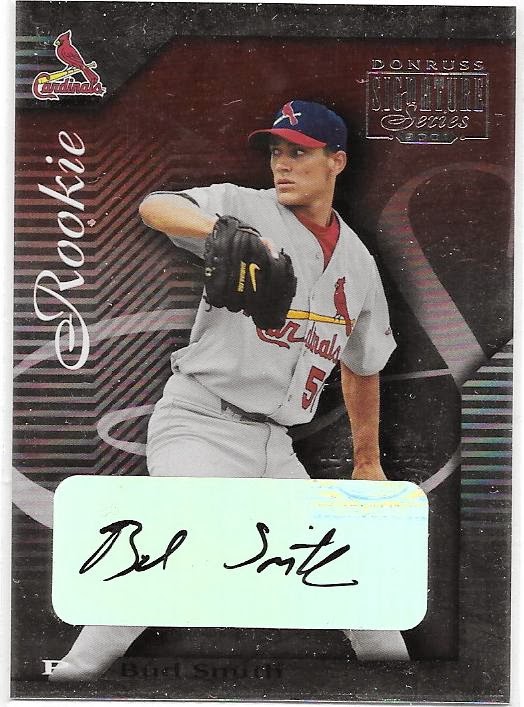 Ok, star power might be a bit strong.  Bud Smith was supposed to be another big name to the 2001 rookie class.  Ichiro and Pujols he is not.  Though I imagine I may be able to add a Roy Oswalt auto on the cheap someday soon.

Ah, there it is.  Now we have some real hardware.  The Saberhagen came was a redemption from a group break a few months back, and the Kevin Mitchell set me back a whole $1.25.  Not bad for a former MVP.  Their superstar heyday in the late 80's/early 90's predates my baseball fandom a bit, but was more than happy to make an exception.