An Autograph a Day, Part 7

Just follow me on this one.  For the last few years, I have played Out of the Park Baseball.  It's by far the most accurate and realistic baseball simulation I have ever played (and I've played my fair share).  I've never had much interest in "fantasy" sports.  OOTP offers a great amount of depth, giving the average baseball nerd tons of data to pour over.  I'd highly recommend it to anyone who is even slightly interested in baseball "games."

Anyway, a couple years ago I decided to replay the entire history of the game.  Yeah, the whole thing.  Starting in 1870 something, I simulated each season to recreate the game's entire history.  Start from scratch, if you will.  And for the most part it's been amazingly in line with reality.  But the fate of essentially redrafting the entire majors have made for some interesting combinations.  Forget Murder's Row.  Instead Babe Ruth and Rogers Hornsby teamed up to create one of the most fearsome and high scoring lineups of all time.  Or an outfield with Clemente, Hank Aaron, and an aging Ralph Kiner, who wasn't forced into early retirement. 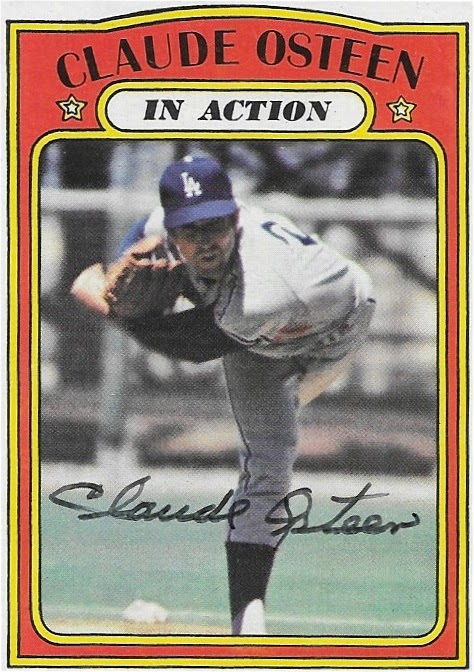 The point is - while the years came out looking rather familiar, there were some big twists and turns.  And the best part of that is discovering some players I had never known about.  Like Claude Osteen.  A few years ago I would have said Claude who?  Osteen was certainly a solid pitcher, picking up 196 wins across parts of 18 years. 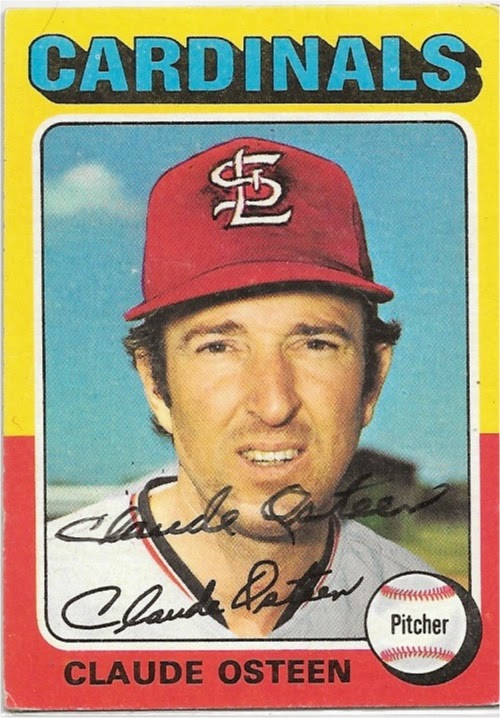 But in my world, he was exceptional.  Hall of Fame good.  Multiple Cy Young awards good.  For whatever reason, the data in the simulator broke all the right ways for a solid career to become exceptional, probably helped in part by a few seasons in pitching in front of that powerhouse Clemente/Kiner/Aaron outfield. 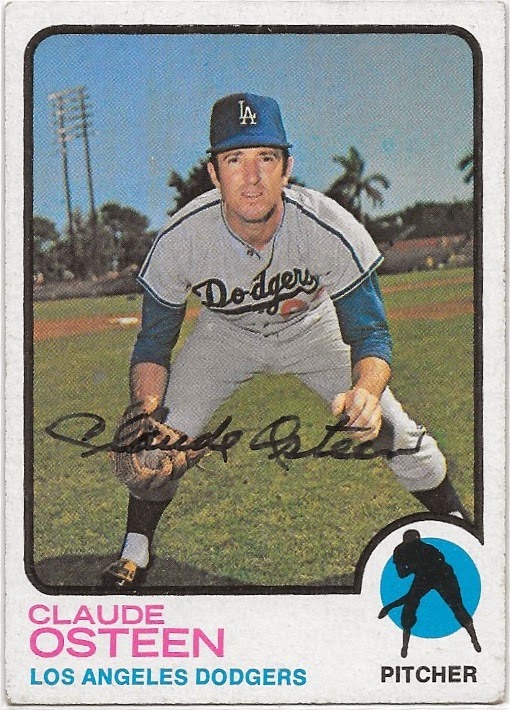 So it's added an extra level of fun to TTM autographs, collecting autographs here and there of players who, at least according to the series of 1's and 0's in my laptop's hard drive, were immortal.

And as we bring our tour back to reality, checking out the terrible airbrushing on the '75 Cardinals hat.  Who's the one living in a fantasy world now, Topps?
Posted by Mark at 7:34 PM