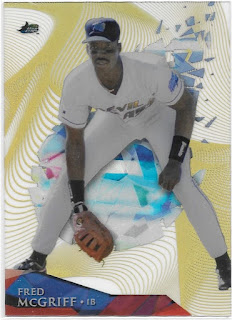 I don't think it's a shock to any casual reader of this blog that I'm all about cards from the 90's.  Childhood nostalgia.  Inserts.  Yada yada yada.

The fact of the matter is I'm a total mark for it.  So last year's Topps Tek release was about as close to wetting my pants over new baseball cards as I've been since...well, since I was actually of an age where it was appropriate to do such an act.

But one problem.  I just couldn't pull the trigger on any boxes.  Sure the product looked nice, and was selling well.  And...I loved it.  But paying $60 for a one pack, one autograph box?  It's just not my collecting style.

So I waited.  And waited.

I did manage to find some Tek base cards and a couple parallels at a show a month or two after release. 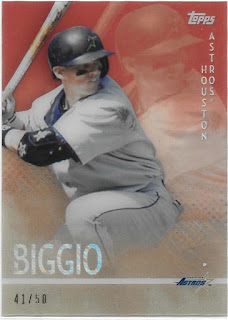 But that was about it.  My Tek collection fit into a couple of 9 pocket pages. 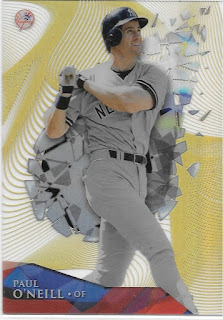 But as this hobby is known to do, after I waited out the initial wave and crash, I've been able to feed myself a steady diet of Tek cards. 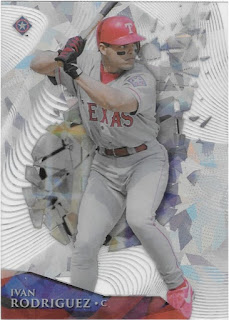 In fact, many of the parallels and autographs have come down to insanely cheap prices.  Which is music to my ears. 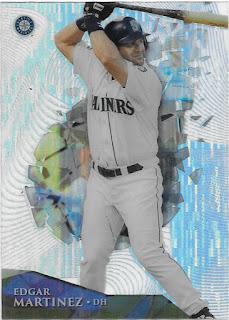 The set has a nice number of 90's players, so I've mostly focused on picking up parallels of those players.  With the only Pirate in the set being Gregory Polanco, and the AL and NL players having different patterns it seems totally justifiable. 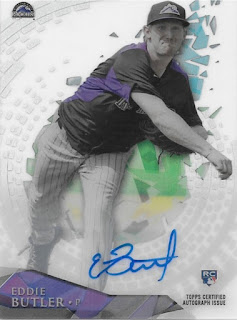 And while there were some very nice autos to pull in the set, there are also some real duds. 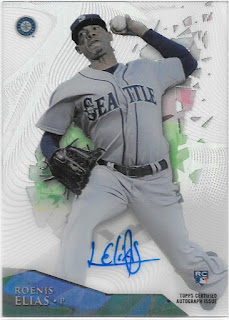 But hey, take a pen to a Tek card, and it's still a Tek card.  Which means if it's cheap, I'm an eager buyer. 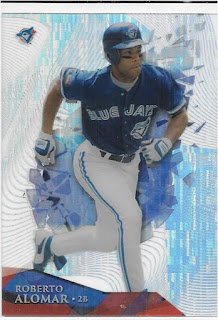 All these cards are going into my small but mighty Tek binder.  At some point some 2015 cards may join it as well, but I haven't been nearly as excited about the patterns or player selections in this last year's release.  My only real gripe with the set?  The team selections for the players. 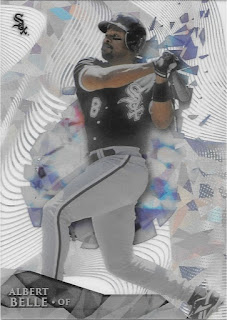 The Crime Dog as a Devil Ray?  Alomar as a Jay rather than an Indian or my preferred Oriole?  Albert Belle from his two year stint with the White Sox?  It's far from ideal.  But...meh.  The cards still look awesome.  While I won't do anything totally crazy like try to put together a set, I'm thrilled to pick up copies on the cheap whenever I can.