Minor league team sets are always some of my favorite items to add to my collection.  The sets typically have 25-30+ cards in them, and while the top prospects are usually given top billing on the top of the team bags or snap cases, they usually hold all kinds of treasures inside. 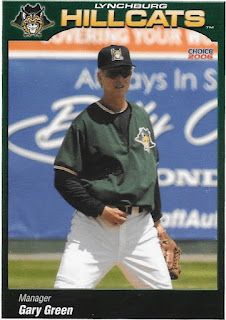 After all, where else in the baseball card universe can you get such gems as this Gary Green?  Nothing like middle aged men in tight pants stretching it out. 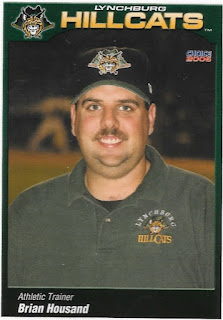 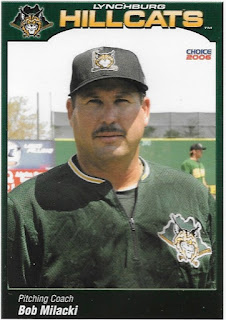 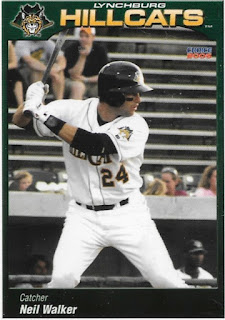 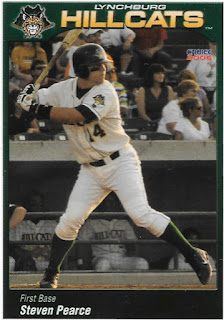 I picked up the 2006 and 2007 Lynchburg team sets.  The Hillcats were the Pirates A-ball affiliate for over a decade.  But the late 00's were some really, really, really lean years for the Pirates farm system.  So I wasn't expecting much out of the lot.  One set had a Nyjer Morgan card on top.  Not exactly setting up anything too spectacular.

So I was pretty surprised to see, at the very end of the team set, nestled in with the athletic trainer and pitching coach, local favorite Neil Walker.  Right after him, a pre(first)-breakout Steve Pearce.  A Ken Griffey San Bernardino card they are not, but they were a nice surprise in a couple team sets that were made almost entirely of guys who never reached AA.