Man, what a difference a year can make.  A year ago, my goal was to put a decent dent in my 2001 Donruss Stat Line set.  The set is (relatively) small.  But the fact that each card is serial numbered, many to some pretty low quantities, and nearly a decade and a half old made reality set in. 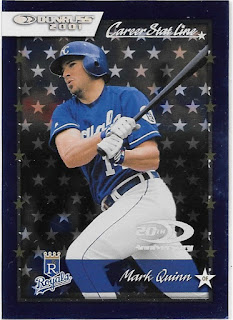 Love it as I might, completion isn't realistic.  So new goal?

I'll still pick up any card from this set when I can at a decent price.  But realistically coming anywhere close to assembling a set just isn't going to happen. 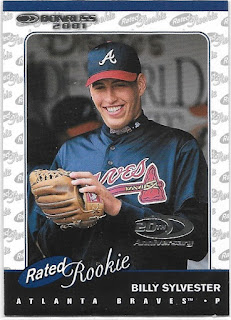 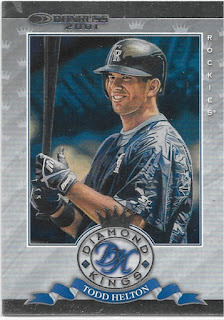 But as I started opening the product, it quickly became obvious this was a gem.  Ignore the Pujols and Ichiro hysteria that would ensue. 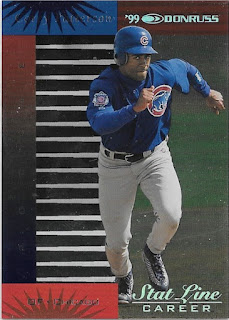 For $1.99, the packs had an array of serial numbered and foily cards.  That wasn't something that many, if any, packs at that price could offer then.  The packs had a real bang for its buck. 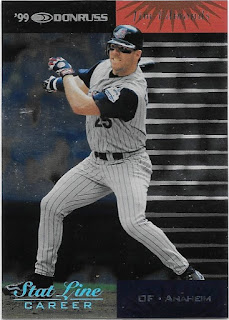 And then there were the Retro packs of 1999 and 2000 style cards.  A pack within a pack.  You know what that means?  The suspense of ripping two foil packs for a mere $2. 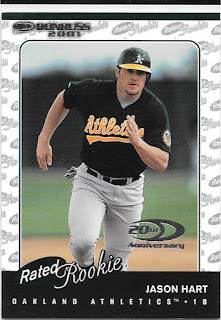 The set is one that still brings back fond memories for me.  As it seems to for other collectors as well, since the set still seems to sell well. 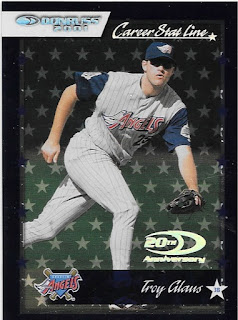 But that's ok.  Even if I never become some super master set collector Jedi for 2001 Donruss, I'm more than happy to hoard each and every cards I can into my collection.  Just like I would have in 2001.

Email ThisBlogThis!Share to TwitterShare to FacebookShare to Pinterest
Labels: 2001 Donruss