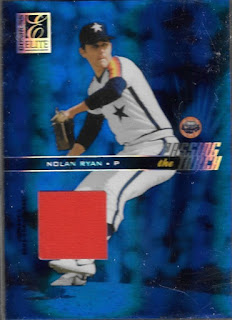 I used to know my collection like the back of my hand.  But the passing of time and growing my collection by thousands and thousands of cards has left that a little muddied.

I stopped over my parents' earlier this week.  My mom got a smart phone for Christmas, and was still working out some of the basics.  You know, like how to end a call.  I don't mind serving as the in-house tech support, and it's always nice to see them for a bit.  While I was there, I gathered up a few things to bring back to my house.  While 90% of my stuff has been migrated to our house, there are still lots of non-essential odds and ends that I've been slowly rediscovering at my parents' house.

Minor thing to forget, huh?  In my pre-college collecting days, my collection was fairly small and my "high end" cards few and far between when high end constituted a 1-per box jersey card.  I would store any card booking over $20 and any auto or game used card in this box.  Eventually my focus shifted to Pirates cards, my collection grew, and the box slowly faded from my memory.  I'd run across it every couple years, and then promptly forget about it and its contents.

So talk about some buried treasure.  There were a couple "holy crap, I completely forgot about this" moments.

Most of the cards were just plain jersey cards, but there were also a few high end autos in the box that had been put away for safe keeping.  So safe I damn near forgot them.  I'll save those for a separate post. 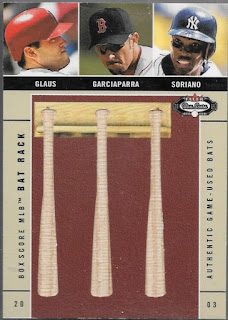 I like to think that it keeps my collecting somewhat grounded to appreciate just how far the hobby has come in the last 20 or so years.  In the mid 90's, I was happy just to hit an insert.  Any insert.  Or a base card of Ripken, or Shaq, or Jerry Rice.  Then it was the infatuation with jersey cards.  Then patches.  Then autos.  And now the hit driven high end hobby we have today. 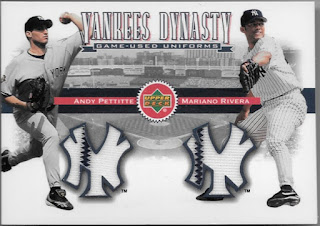 I don't mean that to be as bitter as it probably sounds.  But for me, I like to keep an appreciation for the jersey cards, the 4th outfielder autos, and shiny dime box base cards. 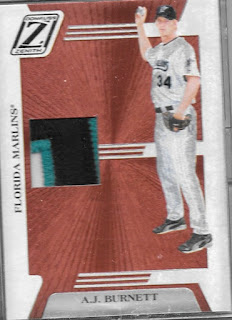 Most of the cards in this post were pack pulls.  Cards that made me light up from ear to ear because I didn't just pull a hit, but I pulled a star.  But a few were purchases, right around the time I realized that for just about the same price as a pack that would often yield nothing, I could pick out just which cool card I wanted. 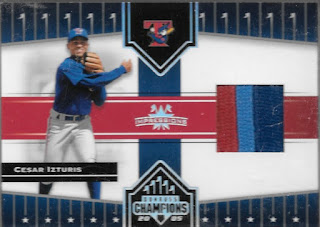 I remember buying all the patch cards at a local mall show for $5 each.  This was 2005 or early 2006, before Cesar Izturis would become a Pirate or AJ Burnett would become a fan favorite.  Good foresight on my part I guess, but I just liked the colors. 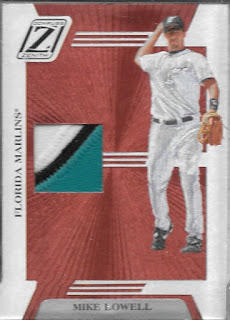 It's funny, the places collecting can take you.  Before I opened the box, I couldn't have told you that any of these cards were in there.  But as soon as I saw them, I can tell you the story behind each one.  Where and how I got it, why it was worthy of the mighty lock box.  The Mays below is numbered /6, a big hit at the time.  I pulled it at the LCS from a pack my high school girlfriend picked out.  2005 Donruss Champions was a loaded product as Donruss dumped their inventory of jersey swatches and stickers before losing their license. 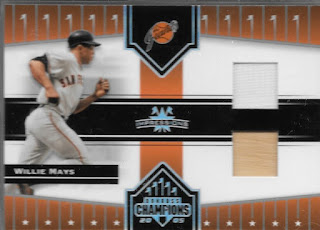 At the time, it felt like a huge card.  I'd rather not think about how little it would probably sell for today.  The memories are a lot more fun. 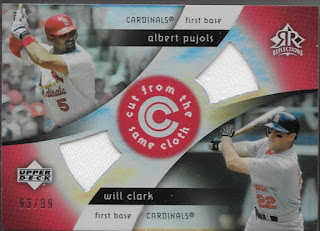 And dual jersey cards?  I still love the idea of various pairings, the infinite possibilities of two players together on one card.

I'll try to resist the temptation to post every single card that was in the box, but up next should be some of the heavy hitters.