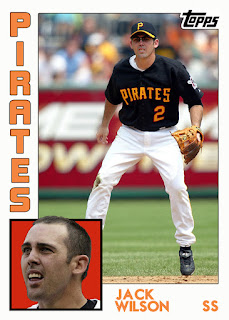 I've been plugging away at some new customs over the past couple weeks, and thought I'd show off a few of my favorites.  I'm slowly piecing together templates for all Topps designs.  One of the projects is my Topps Update Update sets, filling team sets for players who didn't make it into Flagship or Update in a given year.  The other is creating my own Jack Wilson Archives project for each year.  There are only so many high quality photos out there, so I try to mix it up with a unique jersey whenever I can.  The Pirates wore these black jerseys as Friday alternate jerseys for a few years in the late 90's and early 00's. 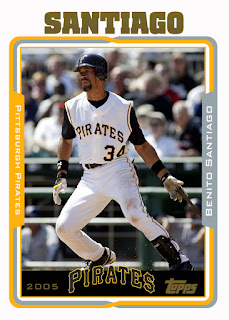 I also finally tackled the 2005 Topps design.  It's one of my favorites, but took a while to get those color twists on the border just right.  I also played around with my foil technique a little bit, which I thinks looks a little more realistic than the style I've used in the past. 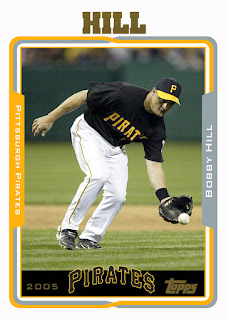 But the best part about 2005 is that the Pirates didn't run through too many obscure players who don't have photos out there.  Nothing gives you a headache quite like trying to find a high quality photo from one of Ray Sadler's 3 games as a Pirate. 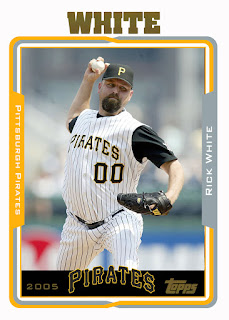 Fun fact: Rick White is one of only two Pirates ever to wear number 00.  I'm way more excited than any reasonable person should be about finding a photo of it to put on a baseball card. 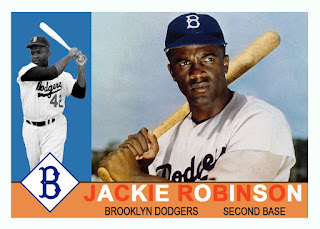 And I also played around with some classic designs.  I love the 1960 design, and enjoy tinkering with it from time to time. 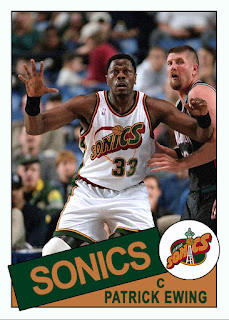 I also wanted to put together a set of players in unfamiliar uniforms.  I started with the '84 Topps design, but wasn't crazy about the overall look.  I may keep experimenting, but it's a project I look forward to playing around with.