It's certainly been an interesting awards season for the Pirates, capped off with an MVP award. 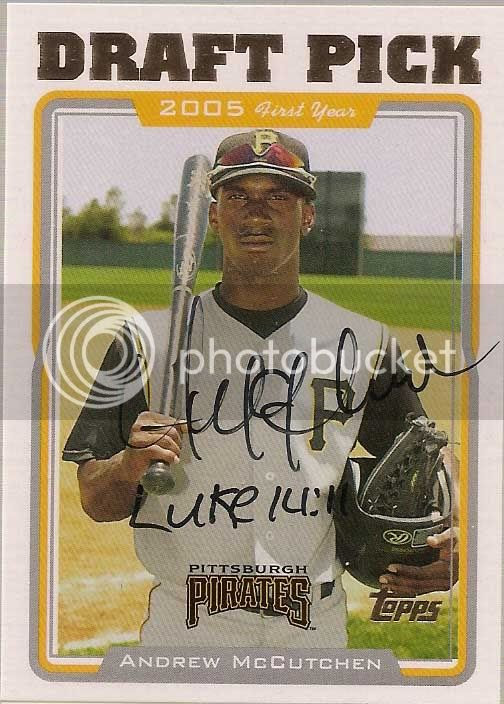 I can't really say that I ever anticipated a Pirate winning an MVP award.  Or at least that it would be the smallish, skinny centerfielder that was called up in 2009.  Good player?  Sure.  All-Star?  I hope so.  MVP?  I wouldn't have called that one.

I'm going to kick back and enjoy the rest of the off season until it's time for Piratefest in a month.  Hopefully there will be some cool bobbleheads coming out way next year to commemorate the awards.

Who'd have thunk the big debate coming out of the 2005 draft was McCutchen vs Maybin?  Needless to say it looks like the Pirates made the right pick.
Posted by Mark at 5:11 PM