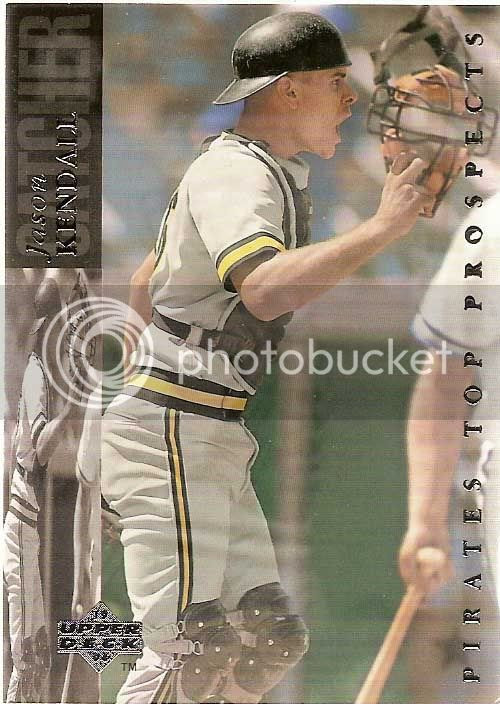 Sometimes cards feel just a little too familiar.  And not in the good way.  I could talk extensively about how much of a jerk Jason Kendall turned out to be his last few years in Pittsburgh, and how wonderfully this UD Minors card captures that spirit as he screams at...someone in 1994.

But alas this card brings up an even more depressing realization.  Minor league cards really picked up steam in the late 90's.  But the middle of the decade was a bit of a testing ground.  Fleer had their Excel minor league brand, which actually did a pretty good job of combing the minor league ranks for prospects and non-prospects.  And of course there were minor league team sets.  And newcomers like Best.

And then there's UD.  Admittedly 1994 UD is one of my least favorite designs all-time (though the 95 set is one of my favorites, so it evens out).  But the 1994 Upper Deck Minors set?  It took a bland and uninspiring design, and threw minor league players into the mix.  Sound familiar?  Sounds like Topps Pro Debut.

Minor league cards, particularly team sets, have become one of my favorite parts of my collection.  They're unique pieces that, and you can literally chronicle a player's rise through the minor league system each season.  It's just a damn shame that the only game in town these days just ends up looking like the kid brothers to Flagship each year.
Posted by Mark at 3:08 PM