There are few things in collecting that I find as rewarding as the chance to share my collection with other folks who share the same interests.  After all, that's why I write this blog.  That and because if I try to show Kate a custom card for the 100th time, or ask her what color font looks better, I may find myself sleeping on the couch one of these days.

I've been fortunate to meet some great people through card collecting.  The hobby tends to attract some of the less reputable (and sometimes stable) people I've met in my life, so I consider it a real accomplishment to have met so many great people through little pieces of cardboard with pictures of grown men.

I've mentioned a few times on the blog the group of Team Collectors I belong to.  It's a great group of team collectors who swap cards, do box and case breaks, and just chat about cards, sports, and life.  The group has been around for over a decade, and I've been fortunate enough to be a part of the group for a little over half that time.

Each year, we try to have a Team Collector Convention, usually in a city where one of us lives and there is some baseball nearby.  This year, we decided on Baltimore.  It's a small, close knit group with about 20 active participants, and it's nice to just get together in person for a weekend, bust some boxes, and hang out.

Kate and I drove Saturday, met up with the gang, and then we all headed off to a great BBQ place.  There really isn't any outstanding barbecue food in Pittsburgh, which is a damn shame since it's one of my favorites.  But boy was this place good.  After eating our fill, we headed back to the hotel to break some boxes.  We had a mix of 2015 products and older boxes, 18 boxes in total. 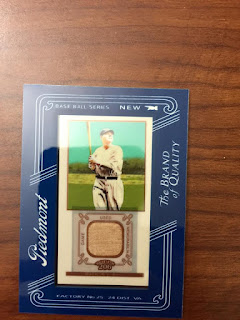 Each box would get passed around and we would each grab a couple packs to open.  The first box, 2009 Topps 206, couldn't have started any better.  In the second pack I opened, I noticed a hit in the middle of the pack.  The first thing that stood out to me was how terrible the picture at the top looked.  Then I noticed the name, and all I could say was "holy shit, Ruth."  I felt like the kids in The Sandlot.  It's by far the most exciting pull I've ever had come out of a pack.  It's headed for our Yankees collector, who couldn't attend the convention.  But still it was absolutely thrilling to pull such an amazing card.  The box was absolutely killer - in addition to the Ruth, the box also had a Ryan Braun auto, which would have been a fantastic hit a few years ago.

But my luck wasn't done for the day. 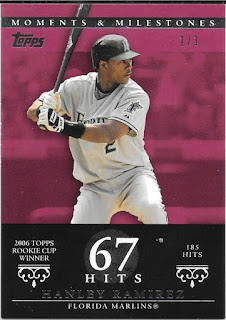 A few boxes later we were cracking through a box of Moments & Milestones.  You know, the set where everything is serial numbered and kinda worthless?  In my first pack, I could see some red in the middle of the pack, and knew it was a 1/1.  As I slowly pulled back the cards to reveal the player, I saw it was Hanley Ramirez.  Now 1/1's are pretty common in the product, I think falling one every other box.  But this one was a little extra special.  See, we don't have a Marlins collector, and haven't in ages.  A couple months ago, I decided to start up a small Marlins secondary team collection.  Nowhere near my Pirates collection.

But I started playing t-ball in 1993, when the Marlins first came to exist.  Something about the over the top teal logo and cap stuck for me.  I wore a Marlins hat all the time, and they were always my second favorite NL team.  When the team switched to the art deco disaster we all know and ignore today, it felt like the end of a franchise.  And it's sort of unique to me that a team, for all intents and purposes, was created, won two championships, and ended within the first 25 years of my lifetime.

So before the break I had been given a couple big boxes of Marlins cards from some of the guys who drove in and wanted to clear out closet space.  When I saw the hit, I offered to add it to the pot of unclaimed team cards to be sold off to help fund our next break, but everybody insisted I keep the card.  So my first Marlins 1/1! 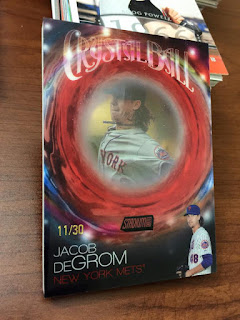 Breaking that many boxes is a ton of fun, and a lot easier when you can do it as a group.  We had some nice hits, including this Stadium Club case hit.  The card was the only one in the pack, and is insanely thick.  It sort of reminds me of those marbles that had an image encased. 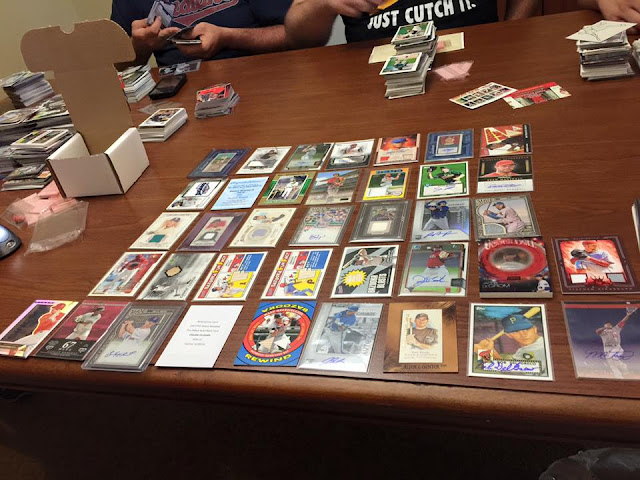 Here's a recap of all the bigger hits from the break.  There were plenty of nice cards, including the Ruth, a Bonds bat card out of 2000 MVP, and I think just about everybody in attendance ended up with a hit or two.  And of course a hefty stack of base cards to add to the collection. 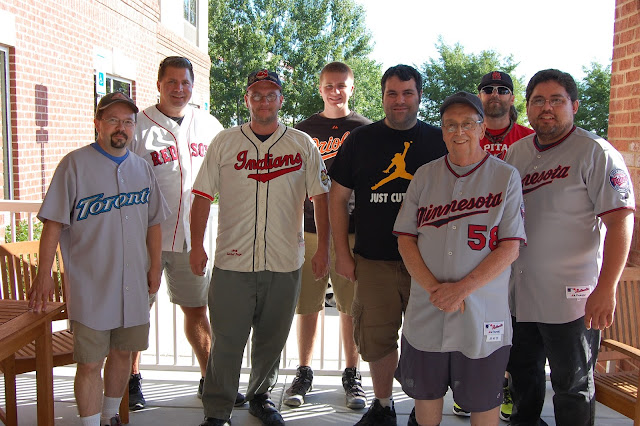 After the break, we took a quick photo and the rest of the gang headed to Camden Yard for an O's game.  I didn't want to torture Kate too much, so we took the opportunity to have a date night going through some of the historic neighborhoods in Baltimore and then having a seafood dinner along the water.  We ended up getting back right as the gang returned from the game, and we all went across the street to a sportsbar for a late night snack.  We had collectors fly in from as far as Minnesota and Texas, and at about 3 hours our drive was one of the shorter ones. 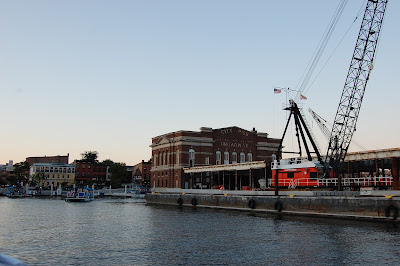 Of course our intentions weren't purely social.  What better opportunity to dump a ton of cards on each other than when we're all together in one place!  I went with the back seat loaded up with boxes for everyone, hoping to clear out some space in my boxes and get some cards to a good home. 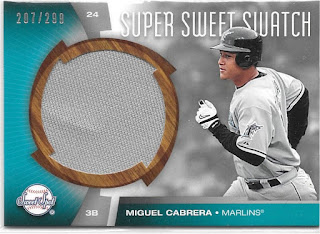 But even the best laid plans fail.  We ended up driving back with even more cards than I left with, thanks in large part to my now expansive Marlins collection.  The group was kind enough to load me with some really cards, including a few Miggy relics and some great 90's cards from my friend Tim who knows I appreciate the stuff. 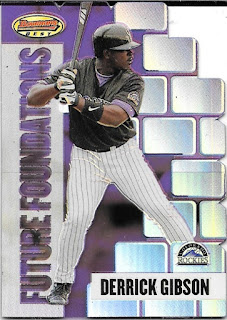 We had a nice long breakfast with everyone at the hotel, and then Kate and I headed off to a really fantastic outdoor market.  There was a ton of fresh produce (again, a good farmers market is tough to find around Pittsburgh), local vendors.  I was hoping to score some fresh seafood.  That was a little harder than I had hoped, but I did end up coming home with two lobster tails that we grilled up yesterday. 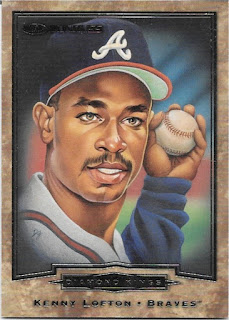 I couldn't be more thankful to call this group my friends.  It was a great weekend, and I look forward to doing it again next year. 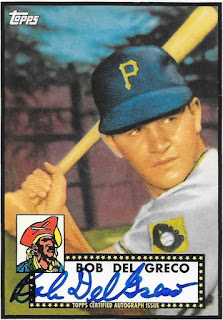 Email ThisBlogThis!Share to TwitterShare to FacebookShare to Pinterest
Labels: I love the 90's, Marlins