The Devil's in the Details

It's strange the way the hobby has shifted in recent years.  With a billion different "fractor" versions - waves, colors, prisms, galore - it's crazy to see how some versions have become insanely collected, while others are more or less ignored.

But the king among them is unquestionably the superfractor.  Honestly, they aren't as exciting to me as they used to be.  Especially after I learned how to make my own.  But it's still a superfractor. 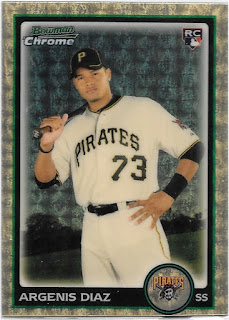 There have been plenty of test proofs, samples, and whatnot filtering out into the hobby for years.  And as I've written before, I don't really care much whether the card came from a pack or the back alley of a print shop.  I just want the card. 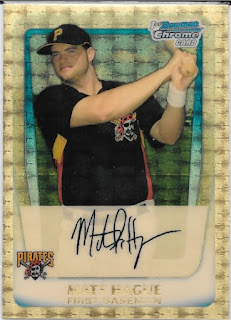 So when I saw a glut of Superfractor proofs listen on ebay, there was no doubt I was going to be bidding. 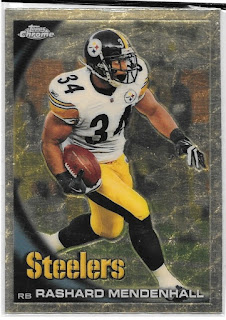 The cards are nearly identical to the pack issued versions.  A couple of the cards were undersized, and the Diaz at the top of this post has a pretty strong slant on its bottom.  The cards were obviously hand cut, and not very well. 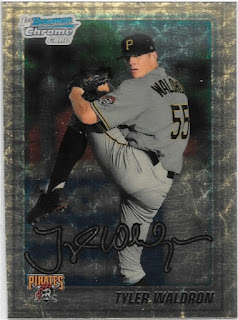 But considering I ended up paying less than $2 per card, I'm happy to add them to my collection.  They really do look great in person, and while I would never shell out the typical sale prices for a Super, I will gladly pay $2 to live without a 1/1 stamp.