I already ran through my hits and misses on my collecting goals for 2013, but I thought I'd take some time to look back at what 2013 has done for my collection.

The year was certainly a mixed bag for me.  From a personal standpoint, I got married and am walking into next year with a job I absolutely love doing, and living in the Pittsburgh area even if it isn't as close to the city as we would like.  But of course all that came on the back of a lost year in Ohio, and a very inconvenient gap in employment upon moving back to PA.  From a collecting standpoint, the plus column heavily outweighs the negative.  But the moving, money, and stress all took a toll on my relationship to the hobby that have had me on the ropes for the last few weeks.

I don't think any single year has seen such rapid growth in my collection, with my Pirate collecting growing by over 3,000 cards.  At year's end, my final count is sitting pretty at 11,592. 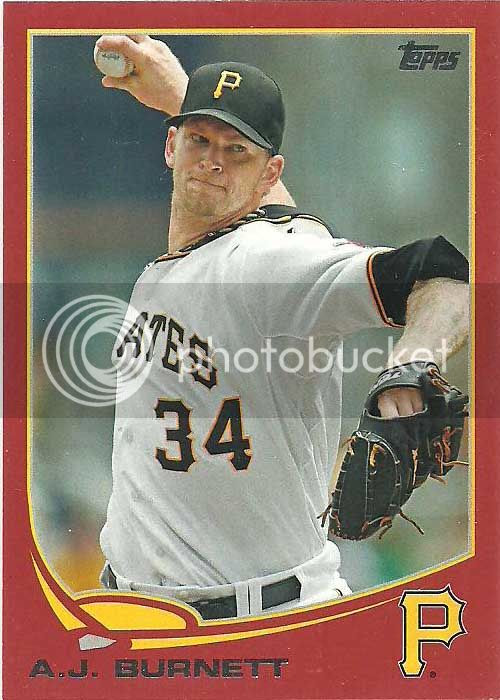 At this stage in my collection, I think it would be tough to duplicate that kind of growth again.  There just aren't that many cards to chase, and filling in needs among commons and low end parallels certainly accounted for a big chunk of that growth.

My time in Ohio also gave me some added incentive to turn attention towards some of my other favorite teams, the Pens and Steelers.  At the beginning of the year the collections for each team were a few hundred cards I had from my childhood collection.  The collecting landscape has exploded since then, particularly in football.  I had no idea how much was out there, especially the number of releases that never made their way over to the baseball side. 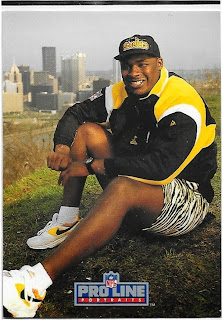 My Steelers collection is at 1,300 cards, while my Pens collection is sitting at a meager 300.  As my baseball needs shrink, I think 2014 will be a good year to continue branching out into the other sports. 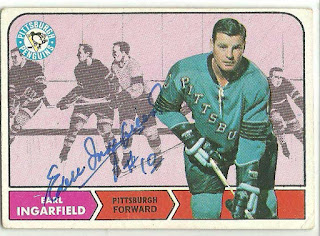 But the biggest addition this year?  This blog.  I started blogging in February, and while there have been some extended absences during this past year, I still managed to turn out 235 posts during those 11 months.  Hopefully 2014 will be a year of more consistent blogging and continuing to meet great people.

On top of all that, blogging has also pushed me to return to my collecting roots, so to speak.  Before becoming a team collector, I simply collected everything and anything - whatever caught my eye.  Somewhere around 2005 I decided my collection needed to be more focused, and pushed everything that wasn't black and gold to the side.  As I entered the blogging world, I realized there were a lot of folks like myself - some incredibly fun, random collections pulled from packs and dimebox leftovers.  And I couldn't be happier to give some binder space to those cards that fit the quirkier side of my collecting self. 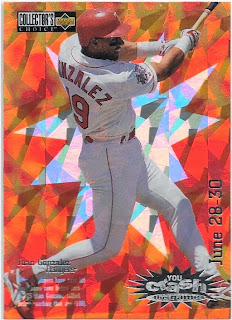 On top of that, I've slowly been turning some of my collecting dollars towards expanding my autograph collection.  I've always enjoyed collecting autographs - starting with getting signatures in person and later through the mail in my early teens.  With over 4,000 autographs, I had focused on quantity over quality.  But I've started whittling away at the list of players from the childhood who I would love to have autographs of.  Fortunately the big 90's autograph sets of Leaf and Donruss Signature caught most players from that era.  I've been focusing on the lesser players, but I'm hoping 2014 may include a few bigger name additions. 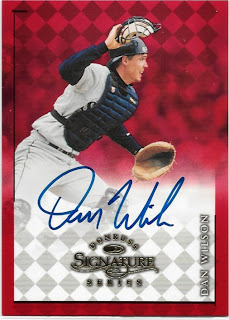 I might try to check back in tonight with some collecting goals for 2014.  Hope everyone has a good time tonight and stay safe.  Happy new year!