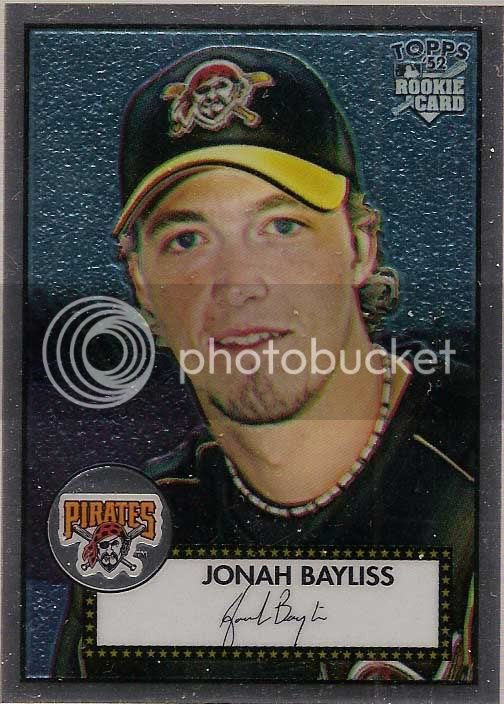 I'm taking the scenic route on this post, but I hope you'll stick with me.  Even before his death, I have been on a Lou Reed kick for the last few months.  Call it a mid 20's life crisis or something.  I probably spent more than a few hours over that span listening to "Perfect Day," a beautifully simple song about...well, a perfect day, that I had overlooked for years.  But for whatever reason the song suddenly resonated with me in a new and wonderful way.

I don't think I've made any effort to hide some of my conflicted emotions over collecting and my relationship to the hobby recently.  Relationships, whether personal or otherwise, are fluid things that are tough to pin down during the best of times.

I was sitting at home tonight looking at box scores in an effort to narrow down when a photo on a card was taken.  And it got me thinking what I love about baseball, and quite frankly why that magic just doesn't feel the same for me anymore.  And there are undoubtedly many reasons, some simply accredited to getting older and having more responsibilities in life than I did at 17 or 18.  But a lot of it comes down to people.  Not the ones on the field, but the ones in the stands next to you.  Right next to you.

Like many of us, I watch a lot of baseball.  Unlike many, I'm lucky enough to be able to attend a lot of those games in person.  When you spend most of your life within half an hour of a major league ballpark (and a chunk of that time a 15 minute walk away), it can be easy to take it for granted.  I probably get to an average of 25 Pirate games a year.  Average that out over the past decade-plus, and there are a lot of games.  And in all honesty, they run together for the most part.  But then there's the Perfect Game.

Everybody has one.  It might be a magical moment in a major league park.  Or one you watched at home.  Hell, it might be that 1 hit shutout you pitched your senior year of high school, or your walk off homer in your beer league championship.  But every baseball fan has one.

And as I was scrolling through the 2006 box scores, there it was.  A long-lost, but never forgotten, friend who was instantly recognizable (in box score form, of course).

I had started college just a few weeks earlier, and the 2006 Pirate season was the backdrop to my changing life.  Just a few months earlier I had been in high school, living at home, and making the weekend pilgrimage to the city with my dad to watch Pirate games, as we had for years.  Now?  I lived just a short walk from the park, starting college with all the anticipation and excitement I had worked hard in school all my life to enjoy.  And though I would still see quite a few games with my dad, I was taking full advantage of a 100 loss team and an empty ballpark to catch games with friends almost every night of the week.

In those early weeks, I spent a lot of time with a small group of kids I had gone to high school with who were also starting their freshman year at Duquesne.  Kids I had known most of my life and considered friends, but within months would drift away from.  But for now, with the crispness of fall setting in, we clung to each other.

I still remember hastily making plans to take in the game in the early afternoon.  After classes ended (I think I finished up at 2 or 3 on Wednesdays that semester), we had a quick dinner and walked down to the park.  When you have a 100 loss team, tickets are never an issue.  We grabbed tickets for $5 a seat from a scalper who was thrilled to get anything for them in the lower section of the left field bleachers.

The game mattered little.  We were just some college kids who loved baseball having a nice night out.  The Bucs scored early, but their offense would go into a coma after the 5th.  The Astros didn't provide much more excitement aside from a 4 run 6th that kept the game within reach.

The left field bleachers at PNC Park are ideal for heckling, with a low wall putting you right at eye level with players.  An empty stadium certainly helps.  Paid attendance as 16,000.  Actual game time attendance at first pitch was likely half that.  By the time extra innings rolled around for a Wednesday game in the final week of the season?  I could have counted the people left in the ballpark.

This was not a situation that worked in Luke Scott's favor.  We had been riding Luke hard all game, and as the section thinned out around us, it was impossible to ignore us.  Nothing too lewd, and Scott looked back at us a few times with a smirk on his face.  I'd like to think he appreciated the acknowledgment.  Or at least appreciated us not bringing his mother, wife, or bestiality into the equation.

I remember sitting in the bleachers debating whether we should stay until the game was over or head home.  The temperature was dropping, Thursday morning was fast approaching, and most of us still had homework to do.  But like studious college students and passionate baseball fans, we stuck it out.

Jim Tracy had blown his bench trying to cling to a lead during the first 9 innings, and only the hopeless Humberto Cota remained on the bench.  The bullpen was dwindling just as fast.  This was a war of attrition that we had little chance of winning.  As the top of the 15th rolled around, Jonah Bayliss came out for his 3rd inning of relief.  Jonah Bayliss does not pitch three scoreless innings.

The Astros made it relatively painless.  Walk, single sending the runner from first to third, and a sac fly.  The Pirates went 3 up 3 down, with the hapless Humberto Cota making a pinch hit appearance as if to tell us we would be back in our dorms soon.

The Pirates lost 7-6.  And I remember walking back to campus completely satisfied.  It didn't matter that my team lost.  I had a great night with friends.  We stuck out 15 innings, 4:50 of baseball carrying us into the wee hours of the morning.  It was a badge of pride that few would recognize or care about.  There was, in and of itself, nothing exceptional about the game.  The people I was with?  One of them was at my wedding in October, but the others I haven't seen or spoken to since 2006 or 2007.  But that game will forever be my perfect game.

Luke Scott will forever be my favorite player nobody will remember in ten years.  Jonah Bayliss will forever be the but of Bay-Bayliss (get it, Bay-less? ha!) jokes that nobody else will get or care to get.  And I will forever appreciate the comfort of having a warm bed close by when games stretch into extra innings.

Oh, it's a perfect day/ I'm glad I spent it with you