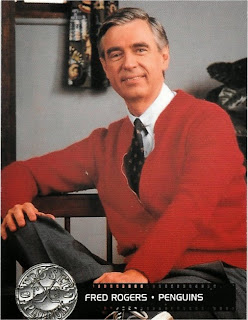 I almost stayed within budget.  Almost.  It ended up being a pretty crazy three days at the Robert Morris show, and I'll try to get a few posts up over the course of the week.  Originally I had only planned on attending Friday and Saturday, hoping to spend a little time at home (aka not on my feet on a hard concrete floor).  But the best laid plans are set to fail.  As I was getting ready to head out the door Saturday, a deal caught my eye that was enough in and of itself to pull me back for a third day.

Over the last few years, I have been progressively less impressed with the show on the whole.  Last year, Modern era cards were nearly impossible to find, and there wasn't a single dealer stocking cards from the latest releases.  It wasn't radically better this year - I picked up a few Gypsy Queen minis, but still need entire team sets from 2015 Bowman and GQ - but there were a good number of dealers offering cards from cards that didn't predate the Carter administration.  I jumped in, filling holes in my collection at any turn possible.  There weren't any new Jack Wilsons to be found, but there was some 90's gold to be found in quarter boxes. 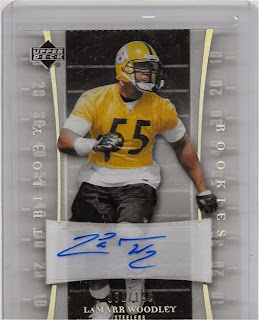 The haul from the show was the best I've had in terms of quantity and range.  I have probably about 1,000 new cards to sort through between my various team collections and odds and ends, covering everything from serial numbered, autos, and a nice stack of minor league team sets.  But the best part?  It was unquestionably the chance to catch with some collecting acquaintances. 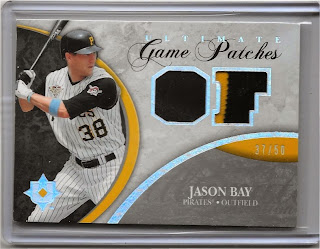 It was a great chance to catch up with folks I've met over the years.  Some I expected to be there, and a couple others were chance encounters.  But collecting is just so much more enjoyable when you have somebody to share your experiences with.  Kate is more supportive of my hobby than I could ever ask for, but she just can't get the excitement over adding a Bob Veale autograph to my collection the way a fellow longtime season ticket holder can. 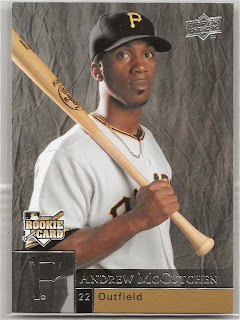 It's that sense of collecting community that I enjoy the most, and I probably spent as much time just standing around and shooting the breeze with dealers and buddies as I did actually digging through boxes this year.  One meetup that sadly fell through was finally getting to meet up with Matt of Bob Walk the Plank infamy.  Matt and I lived within walking distance of each other at one point long before either of us started blogging and collect pretty much the same things, so it's a shame our paths have never crossed.  But sadly he had a full plate during the weekend, and the meetup will have to wait until my next visit to Morgantown. 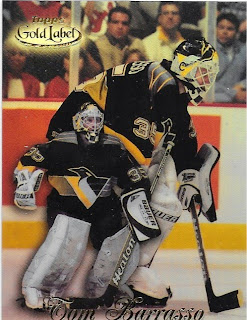 The big event of the weekend was Tom Barrasso's first US autograph signing since his playing days.  Barrasso has a reputation for being one of the least friendly human beings this side of the Gulag.  And while I ultimately decided not to spring for his autograph, I heard from a few people that he was actually quite pleasant.  I'm guessing the obscene amounts of cash he made over the weekend may have helped. 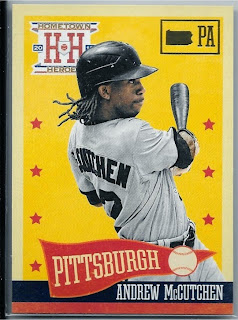 The best part about a show this size is that you literally never know what you will find.  The state and zip code parallels from Hometown Heroes have been incredibly tough to track down for me.  And obviously Andrew McCutchen would presumably be the most expensive.  I nearly pulled the trigger on this card on COMC for about $2.50 earlier last week.  And of course there was a copy, sitting in a quarter box on Friday.  Yes, please. 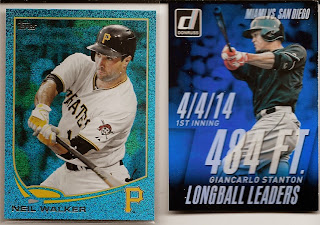 As a team collector, I love the out of town dealers who roll in with massive rows of quarter boxes are always the best.  I ended up adding about 60 Topps parallels from the past two years, all at roughly a quarter a piece.  When living in Ohio a few dealers always had tons of Wal Mart and Target parallels, but those areas of my collection have been nearly nonexistent since moving back to PA.  I don't think I quite completed the team sets, but I must be darn close. 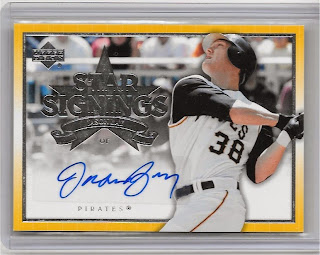 I was actually surprised how much trouble I had finding blowout game used and autographs at the show.  Large shows are usually a great place for high quality $1/$2 autographs.  But aside from the Bay and Woodley in this post, which I picked up for about $3 each, there was very little in the way of lower end hits.  It seemed a little strange to me, but I guess it just depends on who sets up and what they bring. 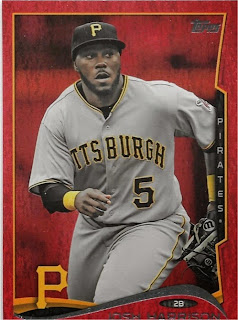 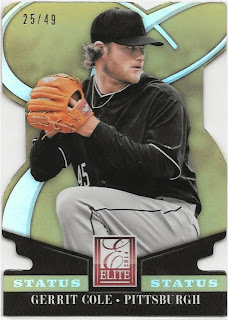 The score of the day Friday was definitely this Clemente Kellogg's 3-D for a quarter.  It's pretty badly cracked.  But it's Clemente.  For a quarter. 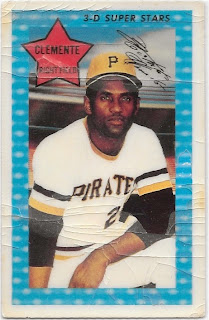 After being basically MIA at least year's show and the National, I was able to score some decent McCutchen cards this year at what I considered good prices.  This Prizm insert is /99, and was an easy add to my pile for $2. 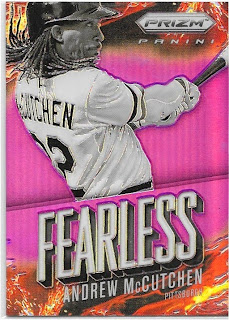 It was interesting that my pacing and buying was radically different across the three days.  All these cards in this post came from dealers on Friday.  I was on a buying flurry, spending about $20 with three different dealers and scoring a bunch of nice lower-mid range cards. 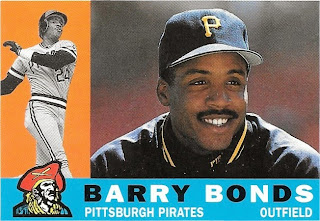 Saturday was a little slower on the card front, and had a lot of standing and chatting.  And Sunday was more or less dominated by memorabilia, and while the additions weren't as jaw dropping as last year, I can't wait to create space for my newest additions. 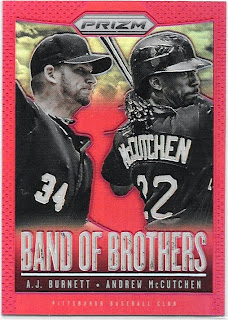 Overall the show was a huge win.  I'll be slowly posting over the next few days as I get everything scanned and organized.