Catching Up On Mail: An Unexpected Prize from the Astrodome 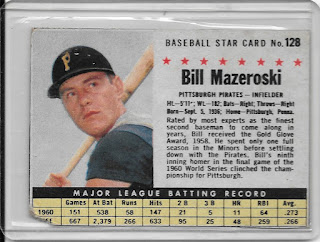 It's been a lot of fun being back to blogging, actively talking about collecting on Twitter, and exchanging packages with my Team Collector pals.  But it also threw me back into the one part of collecting I had repressed: mail avalanches.

There has been a steady stream of packages coming in.  And I haven't had time to properly thank the senders, let alone get through the cataloging and sorting that needs to happen.

And my process has become a little more complicated recently.  Following some twitter exchanges, I followed some good collecting advice and checked out Trading Card Database.  I remember taking a look at both TCDB and Zistle years ago, probably around 2013 when I first started blogging.

The checklists were still very much a work in progress.  But at the time I loved Zistle's clean layout, collector community, and ease of uploading cards to their database.  I dabbled with it, adding a few thousand cards, but never jumping in the deep end.

And I assume you know where things went from there.  Beckett has ruined many a good thing in this hobby.  But taking a second look at TCDB, I found the checklists were a lot more developed than my last visit.  Duh, five years will do that.  And the checkbox feature to add cards is incredibly easy.  While it's not the prettiest site in the world, I've been adding cards.  I'm around 8,000 of my 18,000 Pirates.  And while I still have some reservations about the site - tracking cards I don't count like Hawaii Trade Show and Chicago Sun Times that were just re-stamped base cards, and the always looming threat of legal action -I love the idea of being to easily build and manage a needs list. 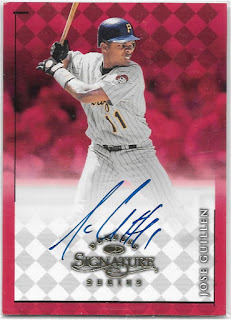 But I'm still maintaining my Excel database of my collection.  I have a program that exports my Excel collection into webpages for my collection website.  So it's almost unavoidable that I'll need to double enter new additions.  Not a problem, unless the new additions back up as they have now.

I got a surprise package from Bru from Remember the Astrodome.  I had won a little contest a couple months back, and was blown away when he sent some great oversized cards that were completely unknown to me.  Well little did I know apparently that was just part 1.  I got another, unexpected, package in the mail a couple weeks later filled with standard sized cards for part two of the prize.  But the contents were far from standard.

Bru sent a loaded package with some great cards.  My favorites by far were the Mazeroski Post and Topps Embossed he sent.  I'm a little jealous of other bloggers when I see their show or flea market hauls.  They almost always seem to include vintage Topps oddball sets, Post cards, or Kellogg's 3D sets.  I'm not sure if it had to do with regional distribution or just plain old bad luck, but those sets seem nearly impossible to come across in this area. 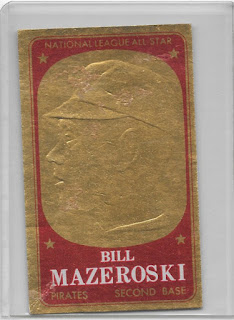 I can probably count on one hand the number of times I've seen Kellogg's cards at shows in this area over the past 15 years.  When some of the bigger national vintage dealers roll through town I do occasionally come across Post cards.  But they aren't that common around here, and seem to be a distant afterthought behind Topps cards for many collectors. 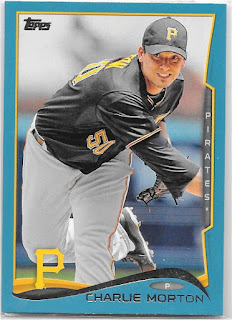 More than anything, that circulation of cardboard is what I enjoy about being reconnected with my collecting network.  There are so many great cards out there, but it's all about being in the right place at the right time.  When I lived in Ohio there was a dealer who would regularly have entire boxes of Topps red and blue parallels.  I had no trouble building my 2013 team set and grabbing lots of extras for other collectors.  The guy had the damn things out for a dime a piece.  How could I not?

But since then?  I never see them.  Dealers don't bust large quantities of retail in this area, so this Charlie Morton may be my first from the 2014 set. 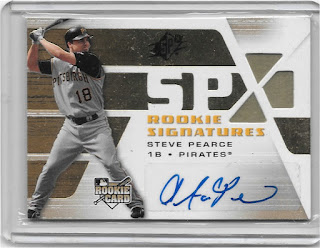 Bru sent a great stack of game used and auto cards.  I loved Upper Deck's sets circa 2006-2008.  While it wasn't the most inspired work ever, they had huge auto checklists of basically every rookie imaginable.  Sure, some of the autos were total duds.  But it was nice to see every team have 3-5 players signing throughout the year.  It's something that I've appreciated more with time as Topps continues to churn out the same limited auto subjects set after set.  The Pirates are rarely even represented on auto checklists, and if they are it's the same handful of guys who have been popping up for the past 5 years. 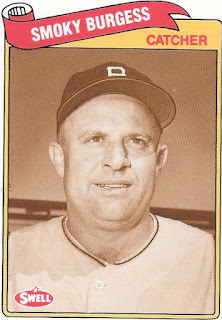 So a big thanks to Bru for the great prize packages.  If you'll excuse me I need to spend some time this evening digging out from cardboard mountain.