Dime Box Digging: I Collect Too Many Things 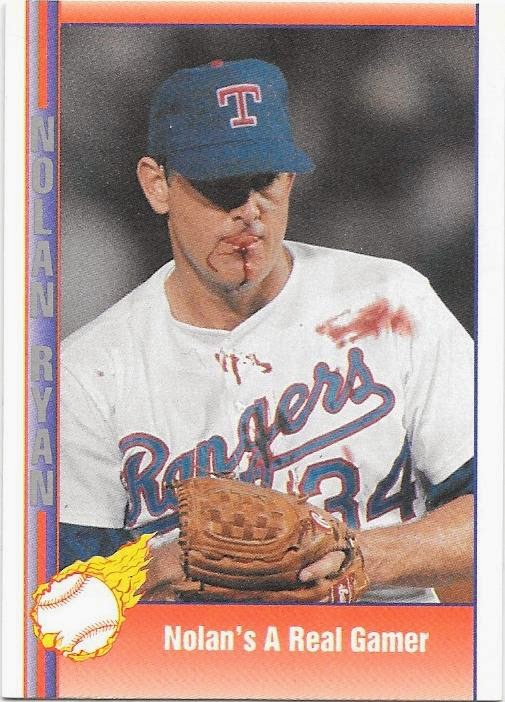 Even though my spurts of writing have come and gone over the past year, I still read card blogs on a daily basis.  One of the best parts about being part of this community has been the chance to see such a myriad of different cards, teams, and collecting interests on a daily basis.

One of the worst parts is how many new collecting interests have popped up because of it.  Simply put, you guys have inspired me to expand my collection, while also tapping into a part of collecting I left behind a while back.  As a kid, I was just a pure and simple pack ripper - buy pack, open cards, hope for cool card.  That was it.  I amassed a small collection of cards that I just thought were cool - numbered cards, inserts, rookie cards.  But as I grew older, my collecting interests became more focused.  By the end of high school, I was decidedly a team collector, passing on countless awesome inserts or refractors that a few years earlier I would have gladly scooped up.

I was happy as a team collector.  Safe.  Stable.  Always knowing which jersey to look for.  It made collecting fun, yet structured.  And then you guys came along. 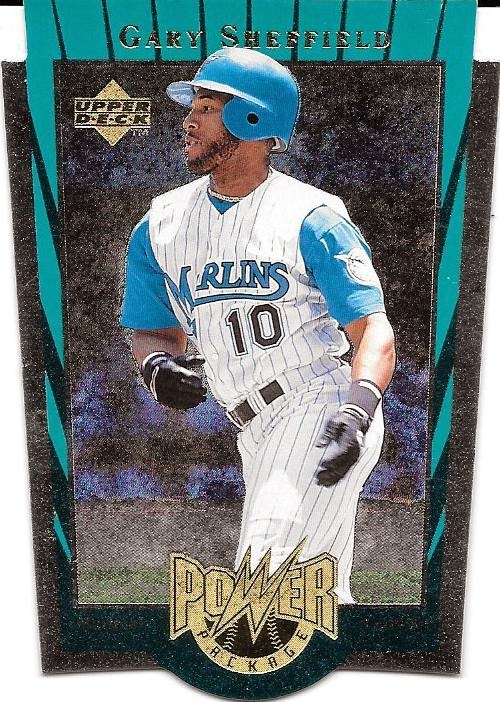 I started with a real simply goal.  Post about my Pirates collection, with the occasional post about Steelers or Pens cards.  But black and gold it must be.  But reading about the quirks and scores of your collections - your double plays, and night cards, dime box scores and flea market finds - made me want to dig those long tucked away treasures out of my boxes.

Within a few months, I started a second blog to post about my non-Pittsburgh collections and TTM collection.  Since then those posts have been rolled over to Battlin' Bucs.  Some months I think I post more non-Pirate cards than Pirate cards.  Maybe a more fitting name would be Battlin' With a Schizophrenic Collection.  Almost daily I see a card where I say "I have to get a copy of that." 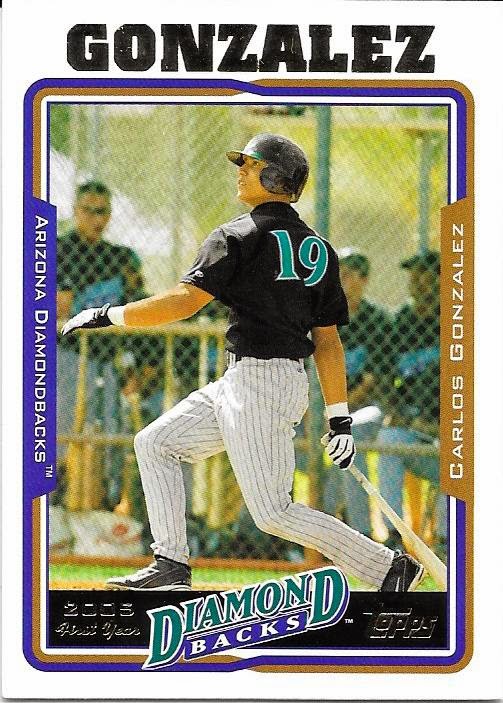 Like this CarGo card.  Dimebox Nick posted it a few days before the Robert Morris show.  I knew CarGo had been well traveled, moving from the DBacks to the A's before finding a home in Colorado.  I even have a 05 Bowman Chrome card of his around here somewhere.  But the base Topps version just seemed - cooler.  So I was happy to scoop it up in a $.05 box over at the show. 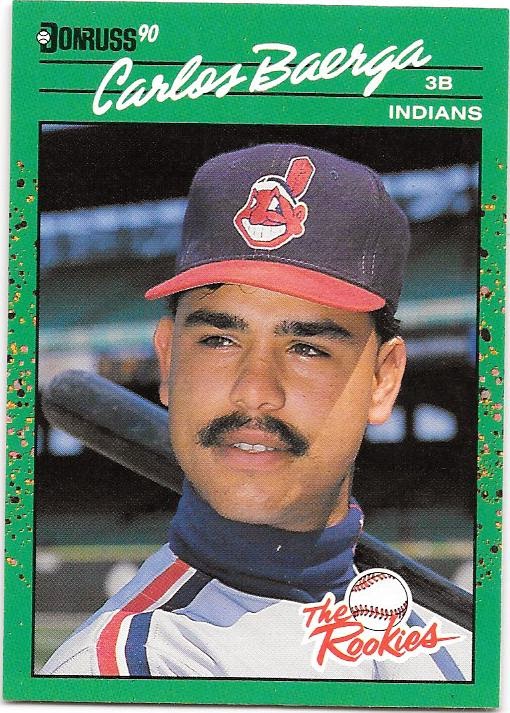 Other collections have been a little more thought out.  A little.  I still only consider a few players to be true player collections - Jack Wilson, Warren Morris, Lou Collier, and Andy Van Slyke.  I have hundreds of Bobby Bonilla or Jason Bay cards, but they're just another chunk of the team collection.  But only recently have I started to admit there may be some non-Pirate players I collect.  Heroes of my childhood:  Mark McGwire, Ken Griffey Jr., Juan Gonzalez.  There mashing glory will always have a warm home in my collection, even if I haven't been ready to commit to the "player collector" label yet.  Other players get more qualifiers.  Gary Sheffield, but only as a Marlin.  Randy Johnson, but only as a Mariner or Astro. 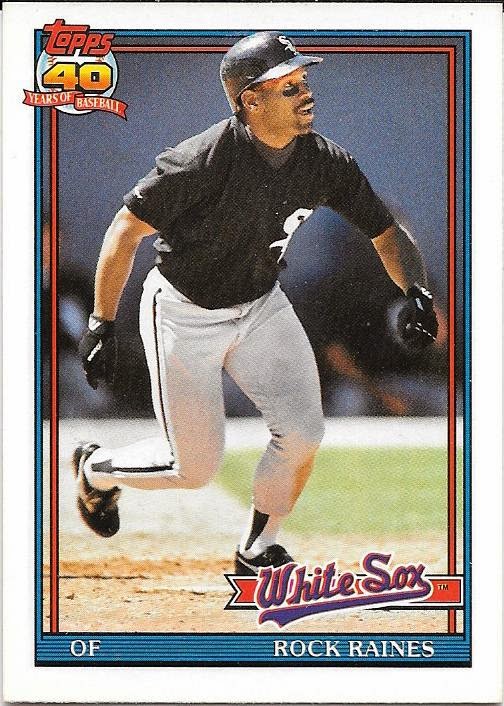 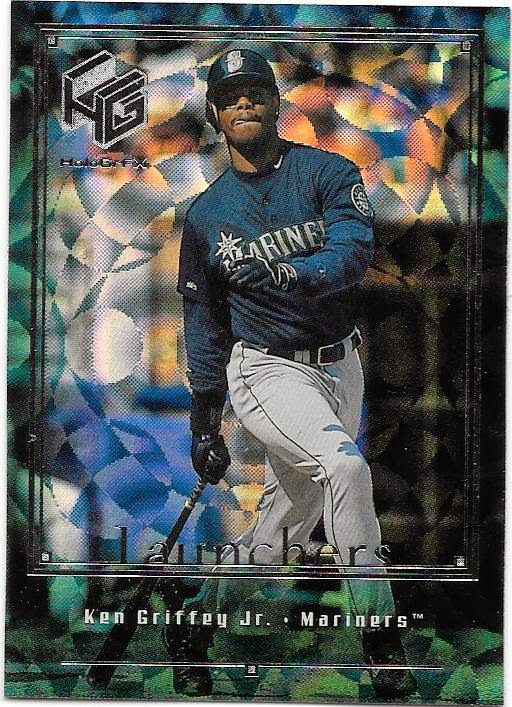 The process of discovery and rediscovery has been a fun one.  These player collections are less complicated.  Less intense.  If I have to be quite honest with you and with myself, they may be a little more fun than the stress of keeping up with the latest releases and tracking down rare and expensive cards in my Pirate collection.  I'll never have all the Junior cards.  Hell, I'll probably never have more than a few hundred, and nary be willing to pay more than a dime.  But that's great - there are more than enough beautiful cards that fit perfectly into that price range.  Maybe some day I could even spring for an autograph.  But if not?  I'll still love looking at the cards just as much. 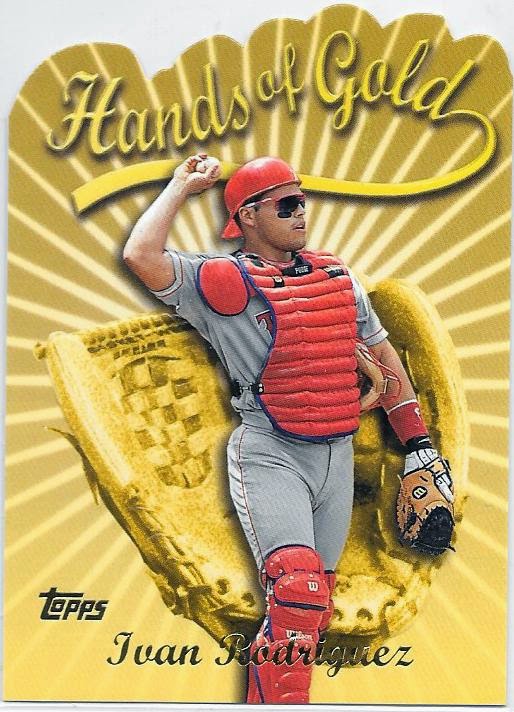 See, that's been the fun part.  Finding what I can find, and never having to feel disappointed at not finding card X, Y, or Z.  I never knew any of these cards even existed, but was thrilled to bring them home with me. 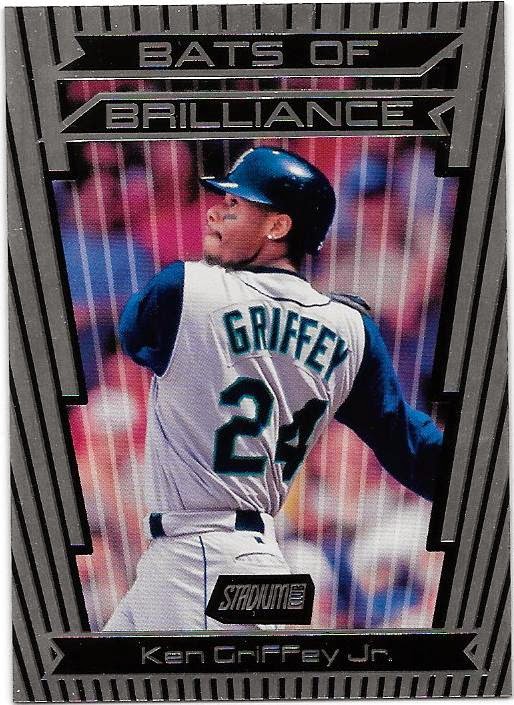 Sure, there's a very good chance these side collections are quickly taking on a life of their own.  The number of binders they have suddenly taken up would sure say so.  But all it takes is a quick flip through a stack from the last card show to remind me that I wouldn't have it any other way.
Posted by Mark at 9:55 PM

Email ThisBlogThis!Share to TwitterShare to FacebookShare to Pinterest
Labels: Card Show, I love the 90's