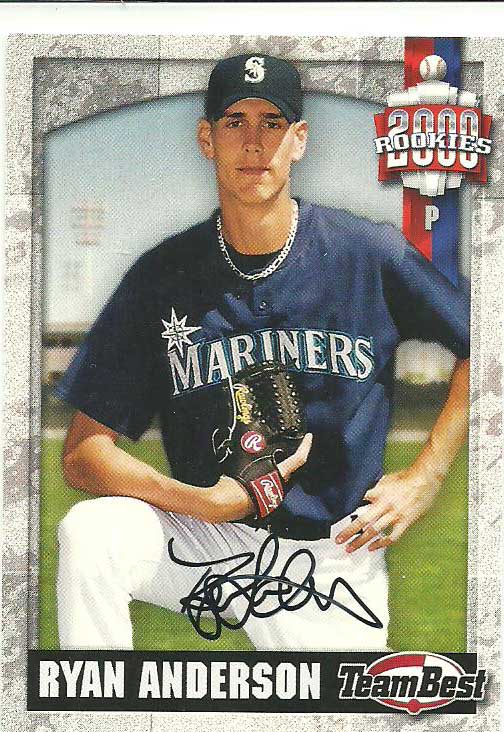 For the uninitiated, Ryan Anderson is one of the defining tales on how talent, promise, and can't miss prospects are things that can mean very little in the game of baseball.  A first round selection by the Mariners, and topped the club's Basebal America prospect list every season from 1998 to 2002, ranking in the top 25 of BA's top 100 each season and making the top 10 in 3 of the 5.

And unlike some prospects who earn high grades based of projectability or promise, Anderson backed it up on the field.  Nicknamed the Little Unit due to his 6'10" 200+lb frame that resembled Mariners ace the Big Unit Randy Johnson both in stature and fastball velocity, Anderson blew through the majors.  By age 20, he put up a 3.98 era with 146 K's in 104 innings in the absurdly hitter-friendly AAA PCL.  Let me slow that down:

And that's about where it all fell apart.  Anderson pitched 27 innings over the next 5 years, as injuries and questions over his work ethic sent his career off course.  By 25, he was out of baseball.

During COMC's recent spring cleaning sale, I found this Little Unit auto for a whopping $.58.  It had to be in my collection, a reminder of what could have been, but also perhaps a reminder that there is no such thing as a sure thing in baseball.