Yes, there were cards at the card show 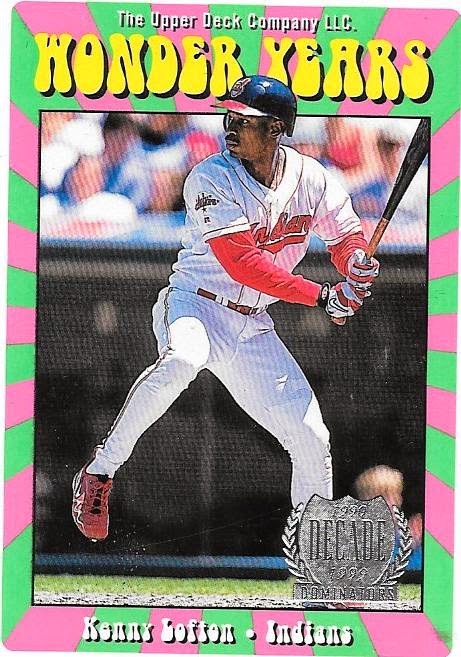 With all the excitement over the memorabilia I was buying, I still managed some quality digging time.  After all, with dozens of dealers set up there had to be some nice dime boxes, right?

I actually came home with a pretty impressive miscellaneous stack all three days.  When I put the three together, I was a little surprised by just how many cards I had added that weren't of the black and gold variety.  And the biggest representation?  The 90's.

Yes, I love the 90's.  The Kenny Lofton card captures it all for me - growing up in the 90's really was the wonder years of cardboard (at least for me).  I know 80's collectors wax nostalgically for days with few releases and 91 Stadium Club rocking their world.  But I'll take flashy colors, big designs, and some nice inserts any day.  Speaking of which...if anyone has any more of those Wonder Years cards, I may need to throw together a set. 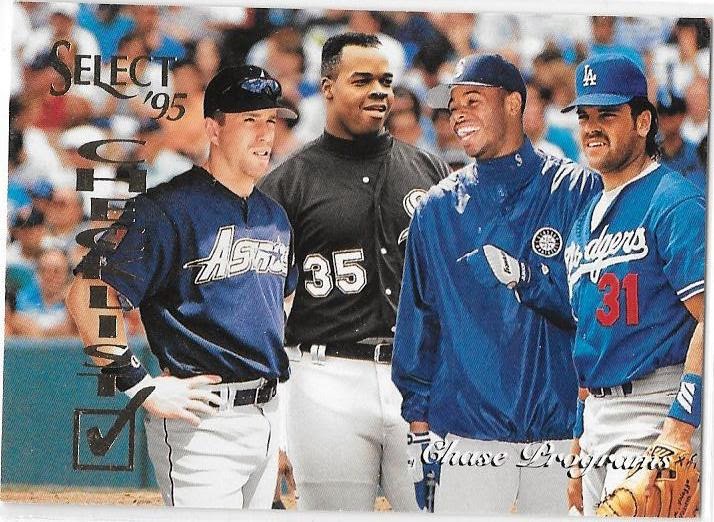 The home run power was pretty much unmatched. And some snazzy advances in technology made for some interesting trial and error on cardboard.  Though clearly the added benefit of photoshop may have helped a bit. 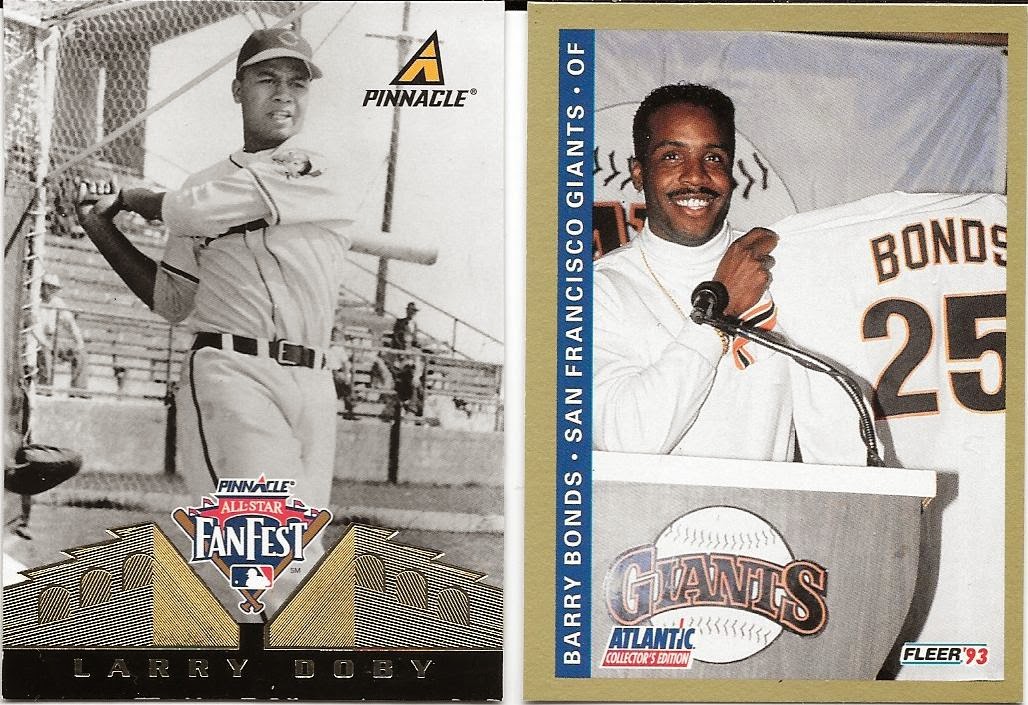 I've mentioned that some of the 70's and 80's oddball sets are in comparatively short supply in this area.  Kellogg's and Hostess cards aren't very common at shows in the area, and even with quite a few big time dealers coming in from out of town they were tough to come by.  But 90's oddballs?  Yes please.  I always liked the FanFest exclusive cards that they used to produce each year, and some of the ones I picked up in 2006 for the AS game in Pittsburgh are some of my favorites.  I think 2006 was actually one of the last years multiple companies produced ASG exclusives - a far cry from the mid 90's when just about every company under the sun tried to one-up each other at the midsummer classic. 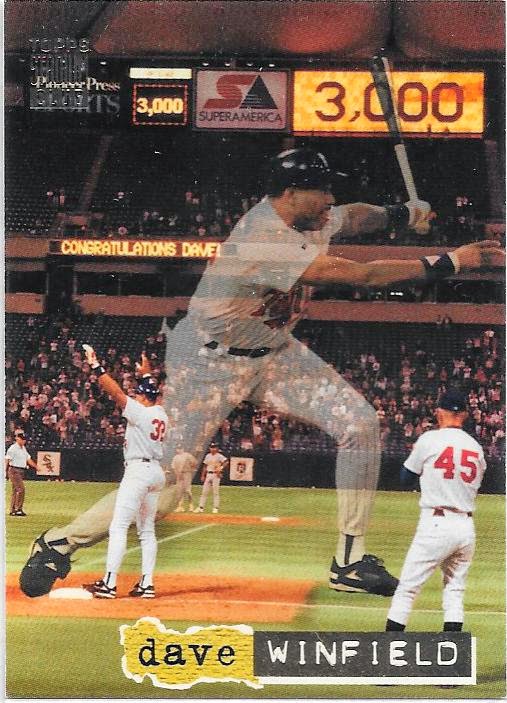 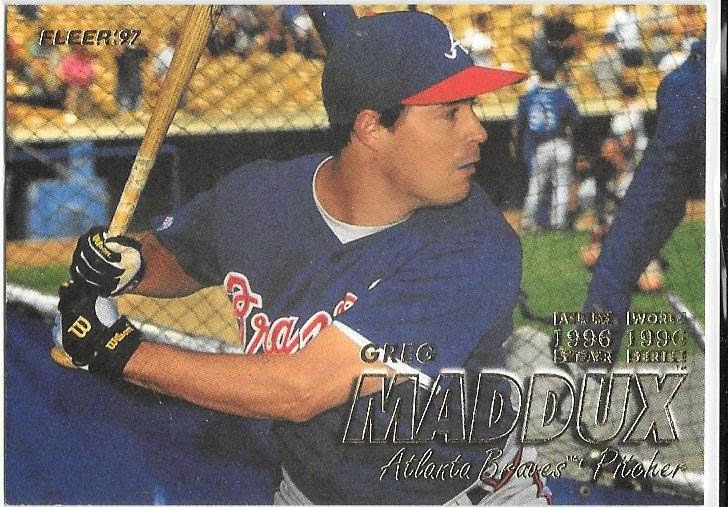 There's just something about 90's base cards that I really enjoy.  Even during an era dominated by insert chasers, base cards still sold the products.  Or if nothing else, they were given more care than today.  The cropping and composition really stand out to me - there are lots of cards with cool photos today, but it seems like the unique photo is just slapped on the card.  Part of me would like to envision some Fleer employee agonizing over how to position the photo on this card - perfectly centered or off center? - to frame the photo with the gold leaf text. 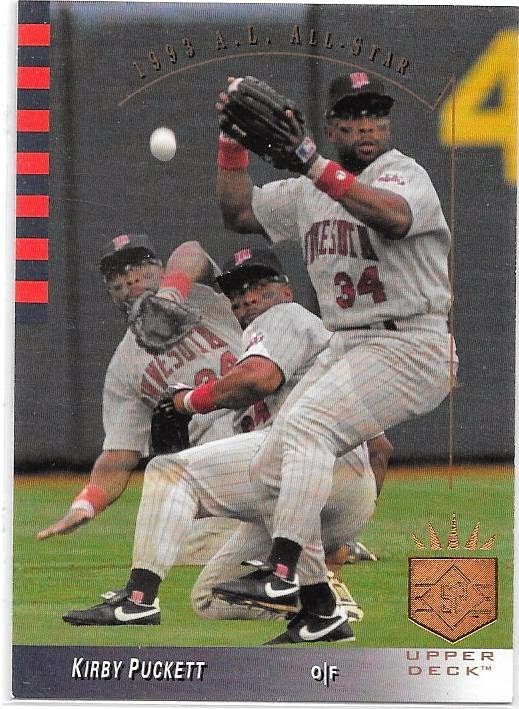 Dime boxes always offer a tempting draw - each and every one will have a different composition.  Sometimes you have to dig through a huge stack of 1992 Upper Deck to find the oddball diamond.  Other times, you have a box of formerly high end product sitting at your finger tips. 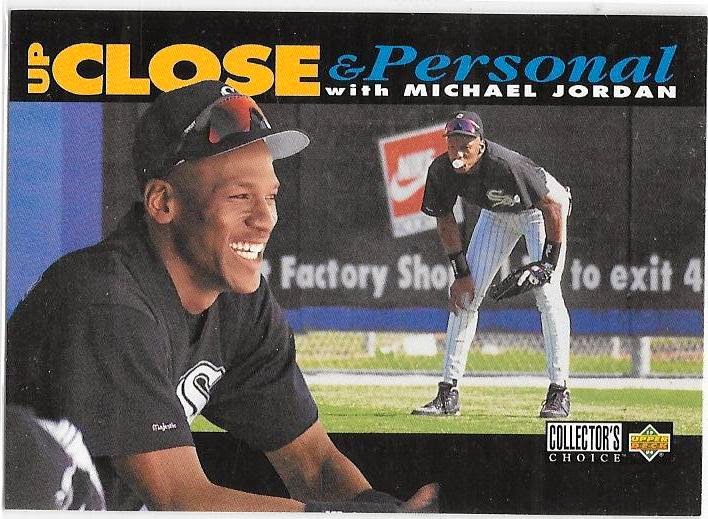 And the best part?  At a vintage heavy show, the few modern collectors there seemed more preoccupied with pulling out Bowman prospects than stocking up on Ken Griffey, Jr.  Fine by me.  I could easily have doubled the size of my pile without blinking, but I tried to be rather selective.  After all, my non-Pirate binders are filling up fast. 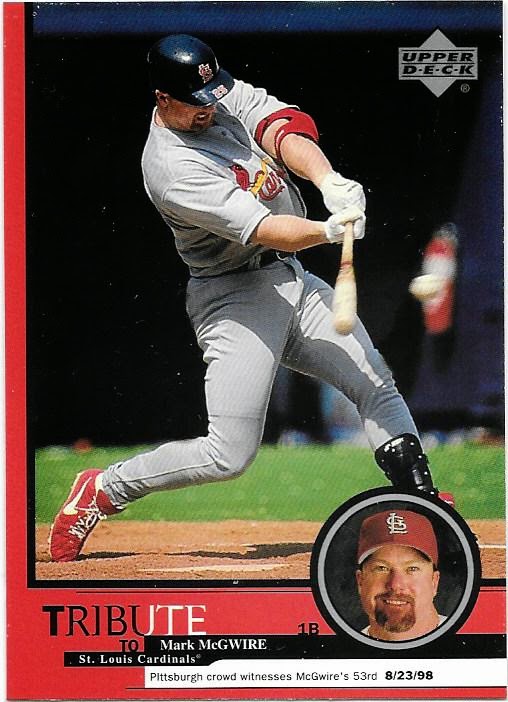 But we're just getting started.  Tomorrow I'll begin showing off some of the big finds for the weekend, with some more card post scattered in.  With some of my dime box digs from the weekend, it may be time to finally consider officially inducting some new members into my player collecting life.
Posted by Mark at 9:49 PM