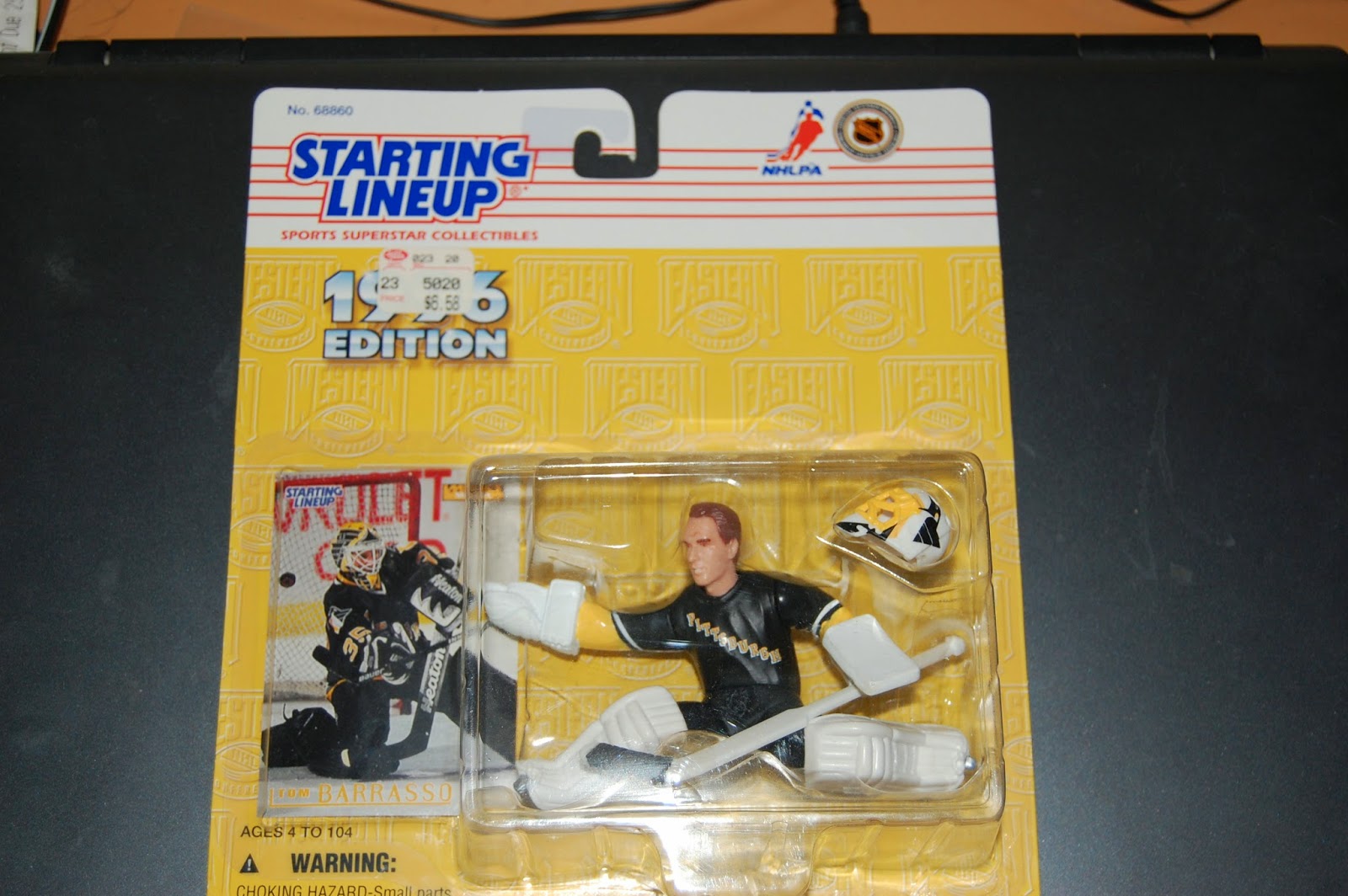 Flea markets aren't typically known to attract the classiest folks.  Heck, in our flea market travels Kate and I have found that a grungy tshirt and yesterday's jeans are the best way to go.  Dress too well and prices on the everyday variety of junk, sports memorabilia, and nicknacks suddenly seem to jump by 50%.

But our flea market trip to Ohio had a certain stench of post-industrial waste attached to it.  I guess it wasn't surprising, since the only employment in most of the small towns we drove through seemed to be McDonald's and factories spewing some ill-colored plumes of smoke.

The day was slow, and the typical flea market array of rusty tools, cans of spraypaint, and random useless glassware was dominating the day.  But luckily the same dealer who had the cards I posted earlier today had a few plastic bins of random sports stuff that he was selling at 3/$10. 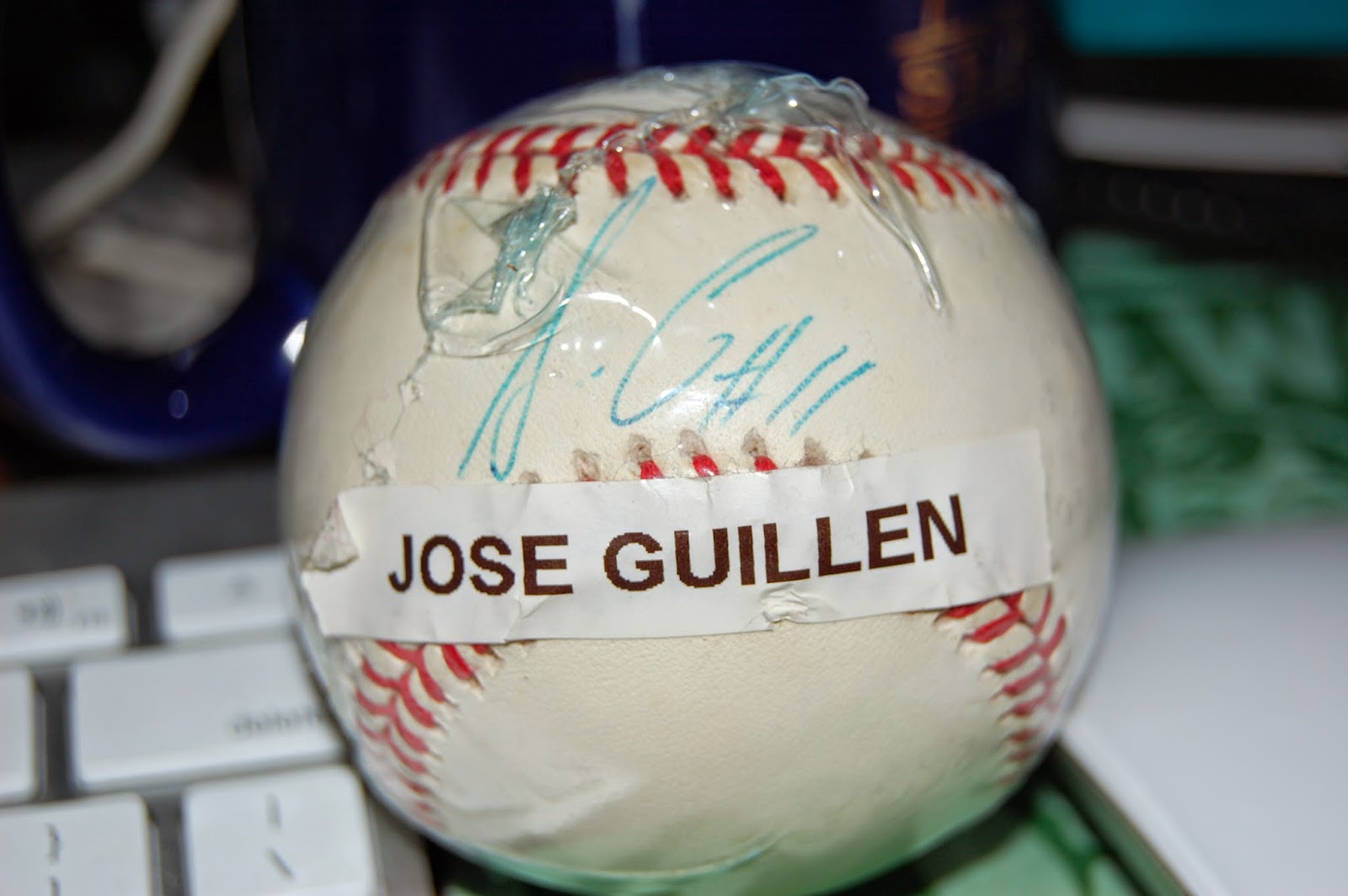 At first it didn't seem like a great deal.  But the Tom Barrasso Starting Lineup caught my eye.  I already have a copy of the figure opened - my dad picked it up for me at the Civic Arena after my first Penguins game.  I'd probably rather not think how much of a markup we paid inside the stadium!  So adding a copy of the figure still in the packaging was enough to bait me in.  The Hills price tag - a regional department store chain - was an added big of nostalgia.

And to round out the deal, I picked up a set of oversized team-issued postcards from 1995.  I was stuck on what to pick for my third item when the dealer mentioned he had some autographed baseballs, and I could take a look at those if it would close the deal.

There was a pretty wide selection of lesser names from the mid 90's, but all were players who I have plenty of signatures from already and most of the balls were low quality.  But one ball caught my eye. 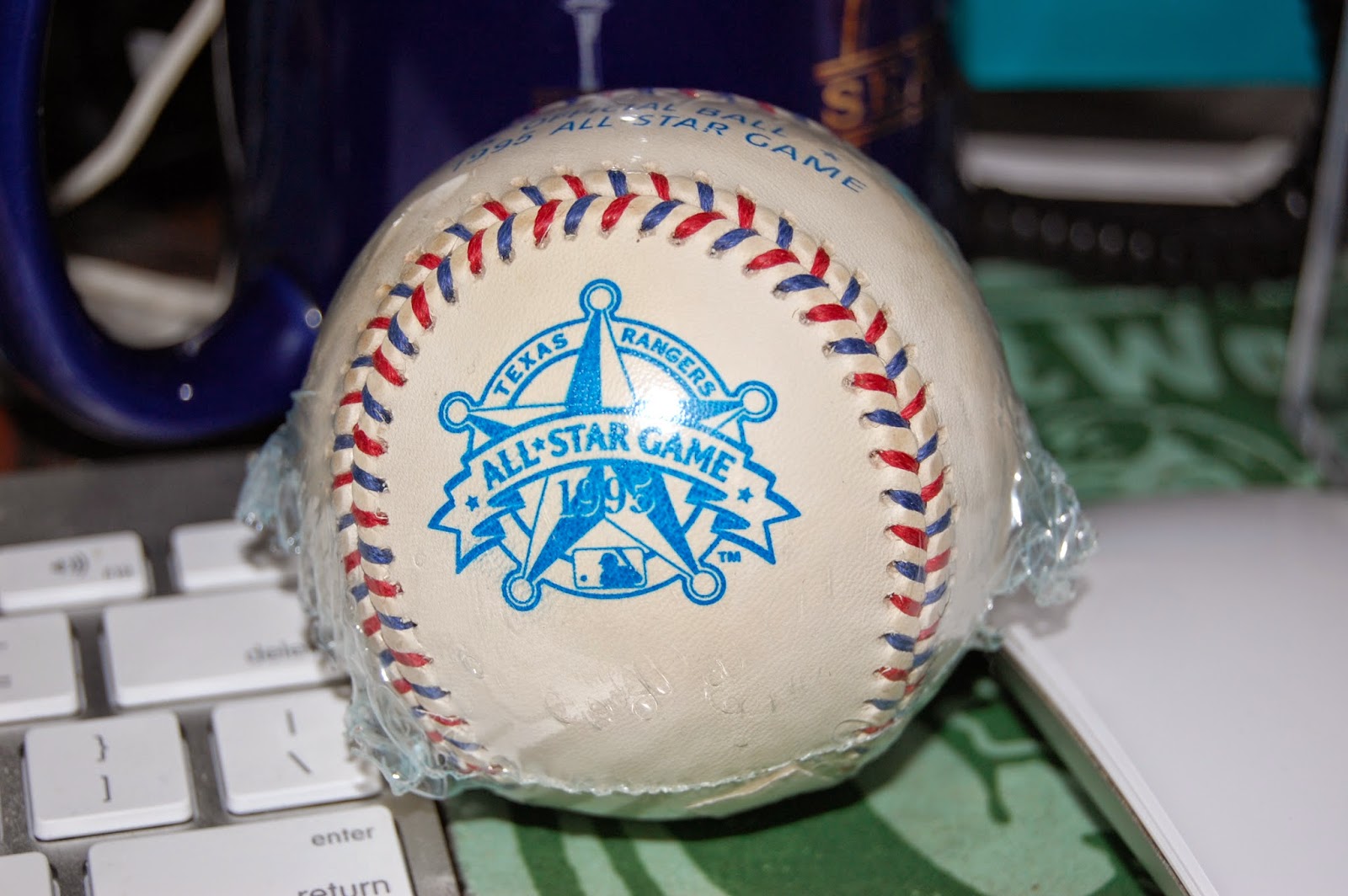 A 1995 All-Star ball?  Even if it was signed by somebody who faded into oblivion after one all-star year, this ball was coming home with me.  ...and then I rolled it over. 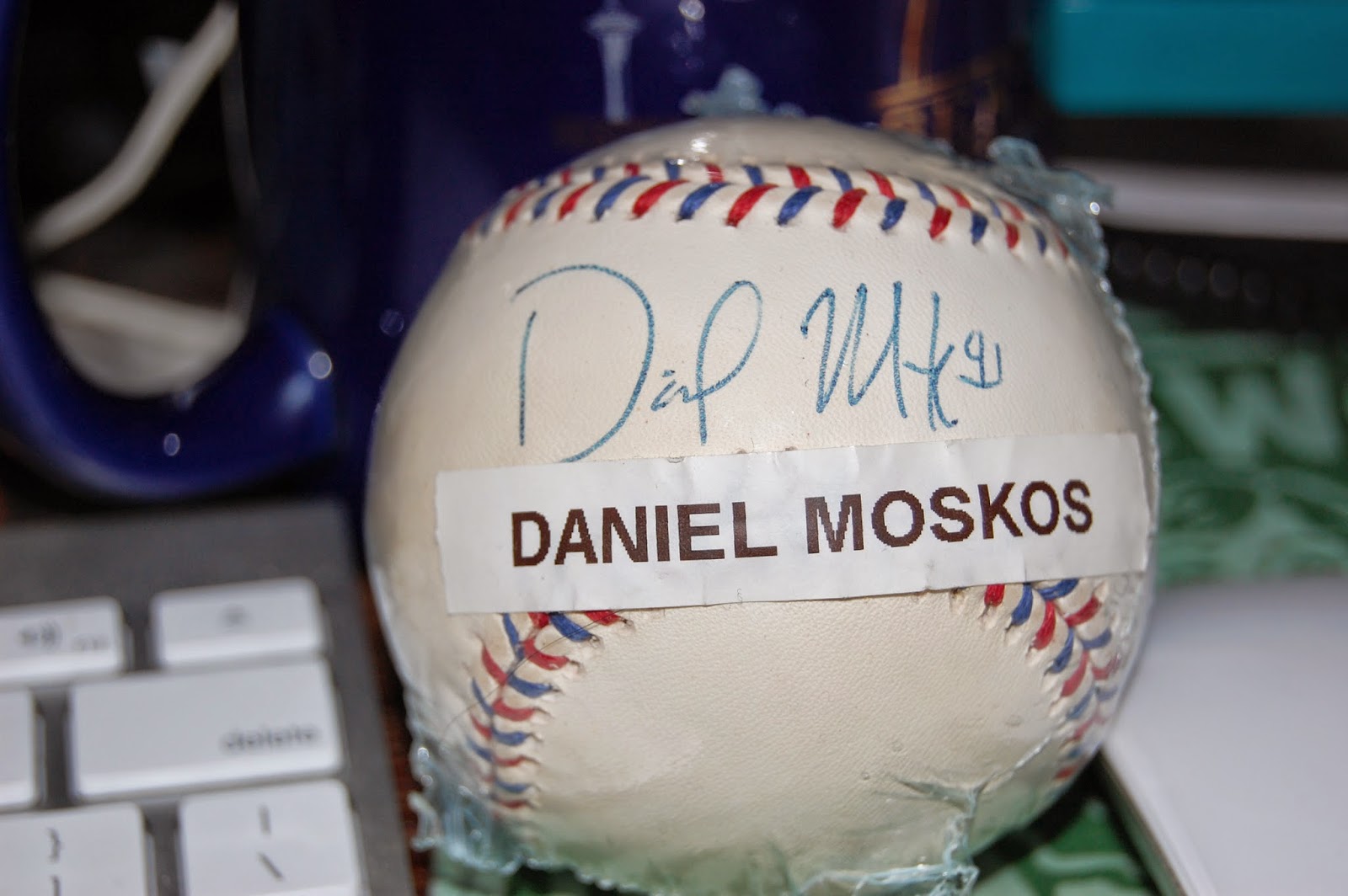 Daniel Moskos?  As in the Pirates 2007 draft pick?  The guy who pitched a handful of games in the majors, and was in little league when the 1995 All-Star game took place?

I'd rather not know what the thought process behind getting that ball signed was.  But hey, even with a worthless and wholly irrelevant signature, it's still a cool baseball and well worth the $3.  It'll just be displayed with the side panel facing out. 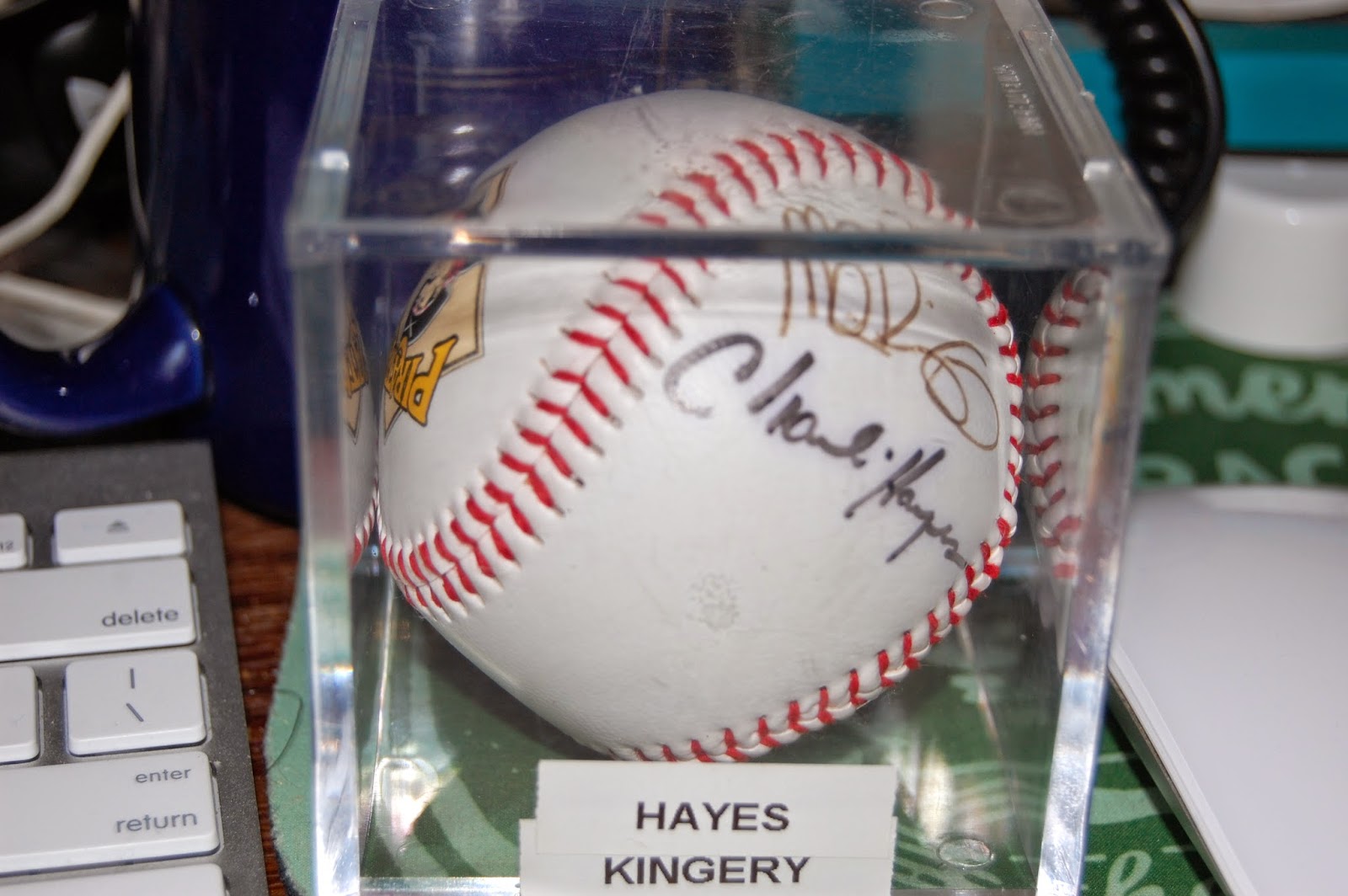 I also decided to pick up the Charlie Hayes/Mike Kingery and Jose Guillen signed balls on what ended up being a complete, and slightly regretted, impulse deal.  They were cheap, and with the lack of worthwhile buys for the day I had money burning a hole in my pocket.  I guess a decent baseball display will be just one more project to add to the to-do list whenever I finally buy a house and have my man cave.