Odds and Ends from the Show

The long weekend has gotten in the way of my posting schedule, but hopefully some odds and ends from last weeks card show will keep the crowds at bay (pun intended).  There's just so much stuff here, it's taken me the better part of my free time this week trying to get cards entered into their respective spreadsheets and hopefully find their way to a binder soon.

I like to think of myself as the kind of guy who goes into a card show without any expectations.  Hit the tables, see what their is to see, and work within your budget from there.  Sure, there are always specific pieces or cards that I want.  But more often than not I need to hit ebay or another online retailer if I'm looking for a *specific* item.

But once in a blue moon, the item comes to you.

Last week I wrote about Jim, my new best friend from Bahston.  He rolled into the show with a van full of small and oddball items, and I ended up scoring some really cool pieces from him.   Everything in this post (and then some) came from Jim's table. 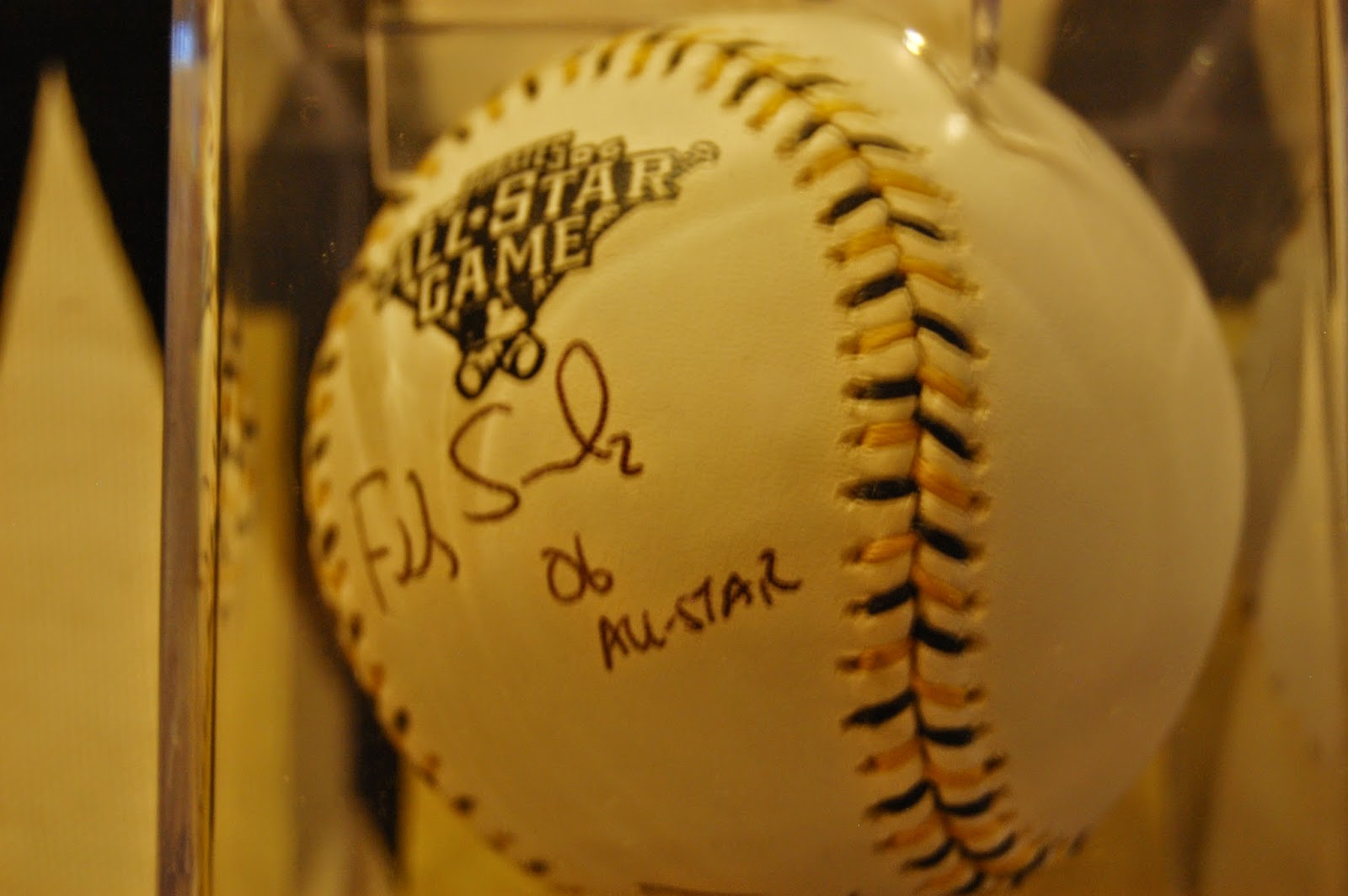 As we were wrapping up our deal on Friday, he asked if I had seen his signed balls.  When he pulled out the ball cube, I had a tough time keeping my tongue in my mouth.  One of the items on my most wanted list has been an '06 All-Star ball.  A signed one?  Icing. 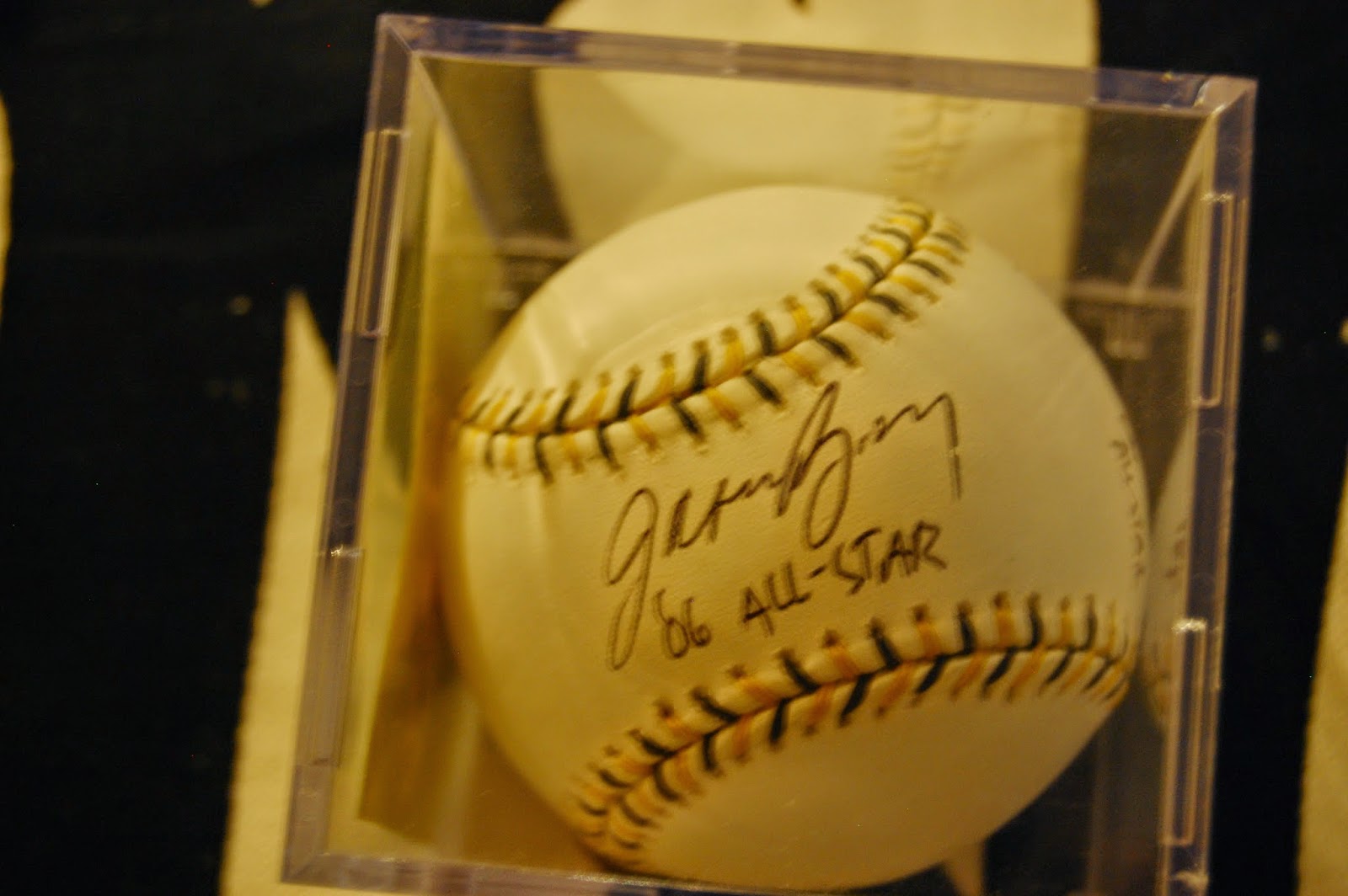 A dual signed ball?  Collector heaven.  When Jim quoted me a price at $20, no haggling needed.  That beauty was coming home with me.   The 06 ASG was a pretty special time for me, coming during the summer between graduating hs and starting college .  But those weren't the end to the all-star festivities. 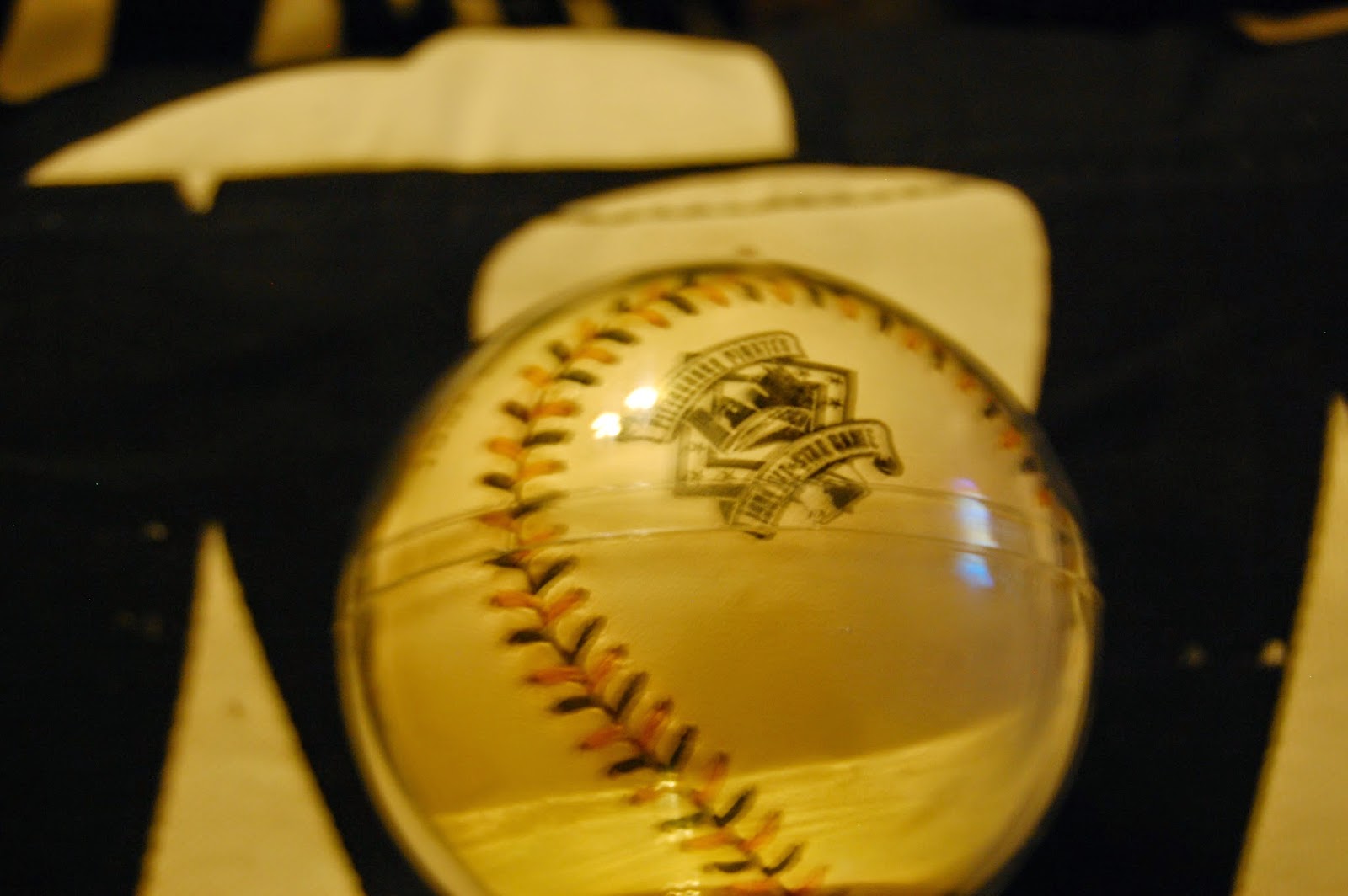 Though the 1994 ASG doesn't hold such fond memories for me (or any memories, since I think I had just started t-ball that year), I've been coming across a lot of '94 memorabilia lately.  The chance to have an all-star ball from '94 was too good to pass up, even without any autographs on this one.  The ball has some slight yellowing, but the black and gold stitching really looks fantastic in my opinion. 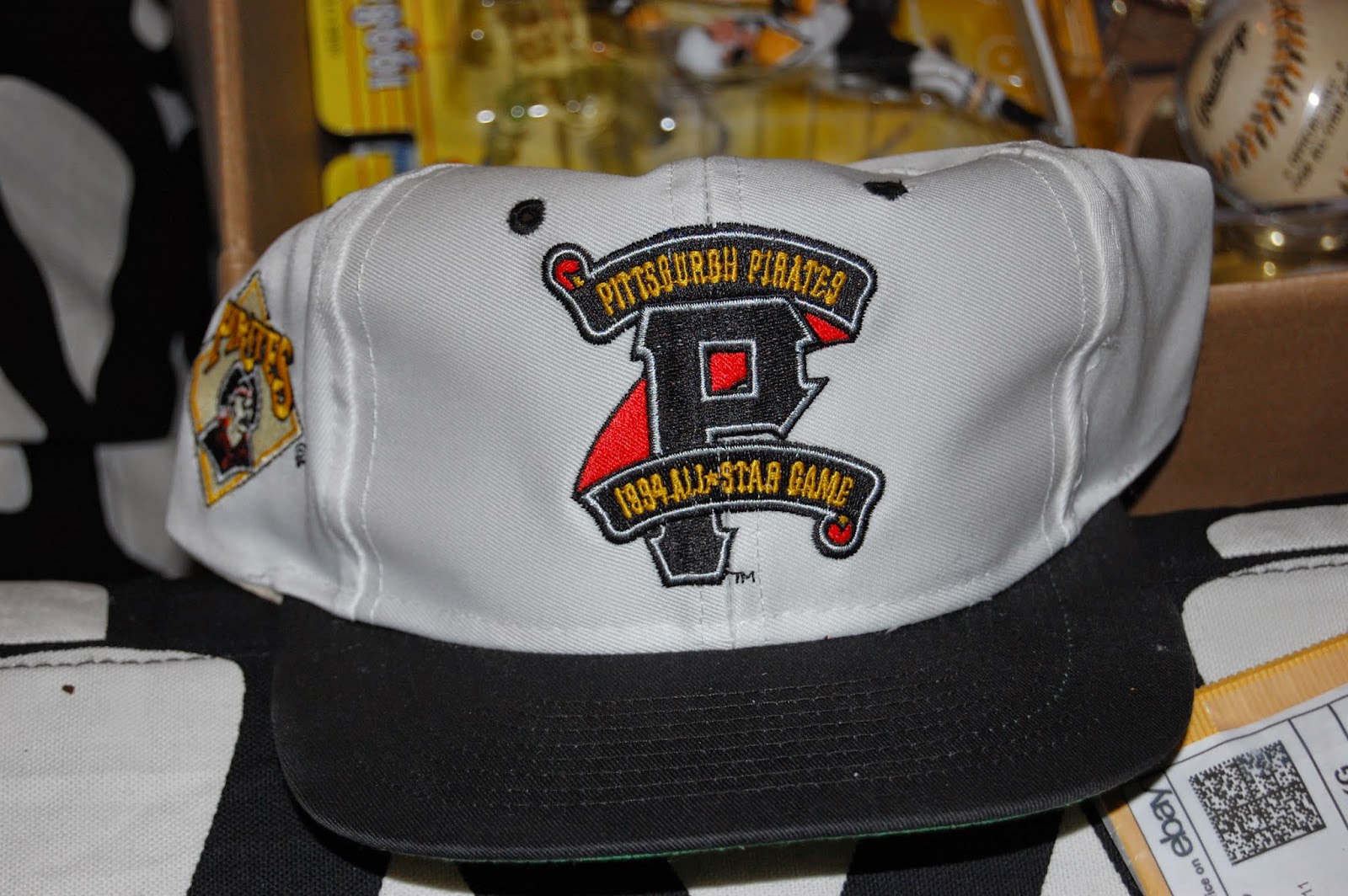 For a couple bucks extra, Jim threw in a '94 all-star hat.  Did I need it?  No.  Will I wear it?  Doubtful.  Jim was quite the masterful salesman. 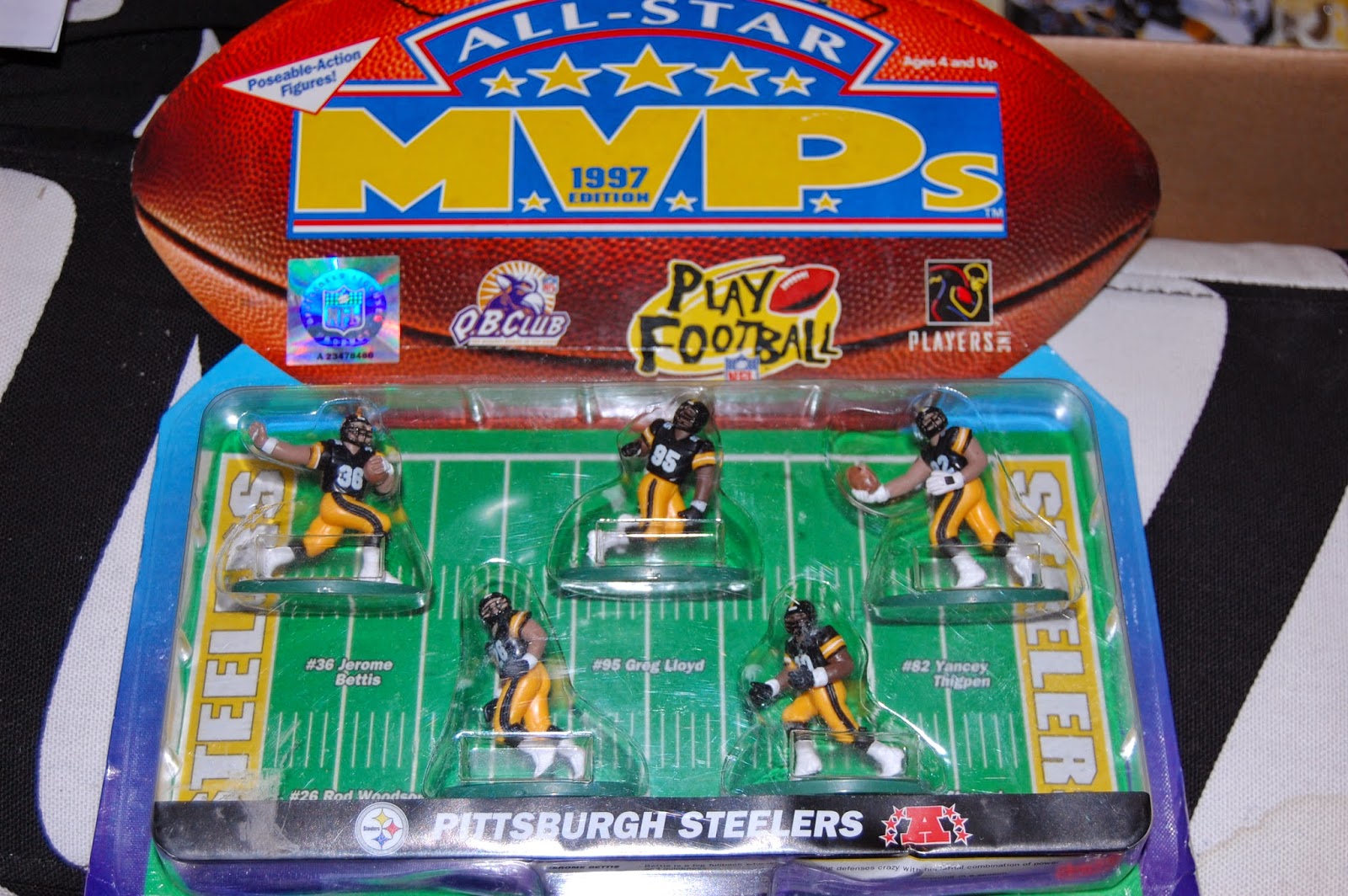 But some items just sold themselves.  These mini-figures have been on my want-list since childhood.  I still have the team sets for the Patriots, Packers, Cowboys, Chieft, and 49'ers at my parents house from when these came out around 1997.  But all those toy store trips never yielded a Steelers set.  I've seen a few locally, but the price was always more than I was willing to pay.  For a couple dollars, into the bundle! 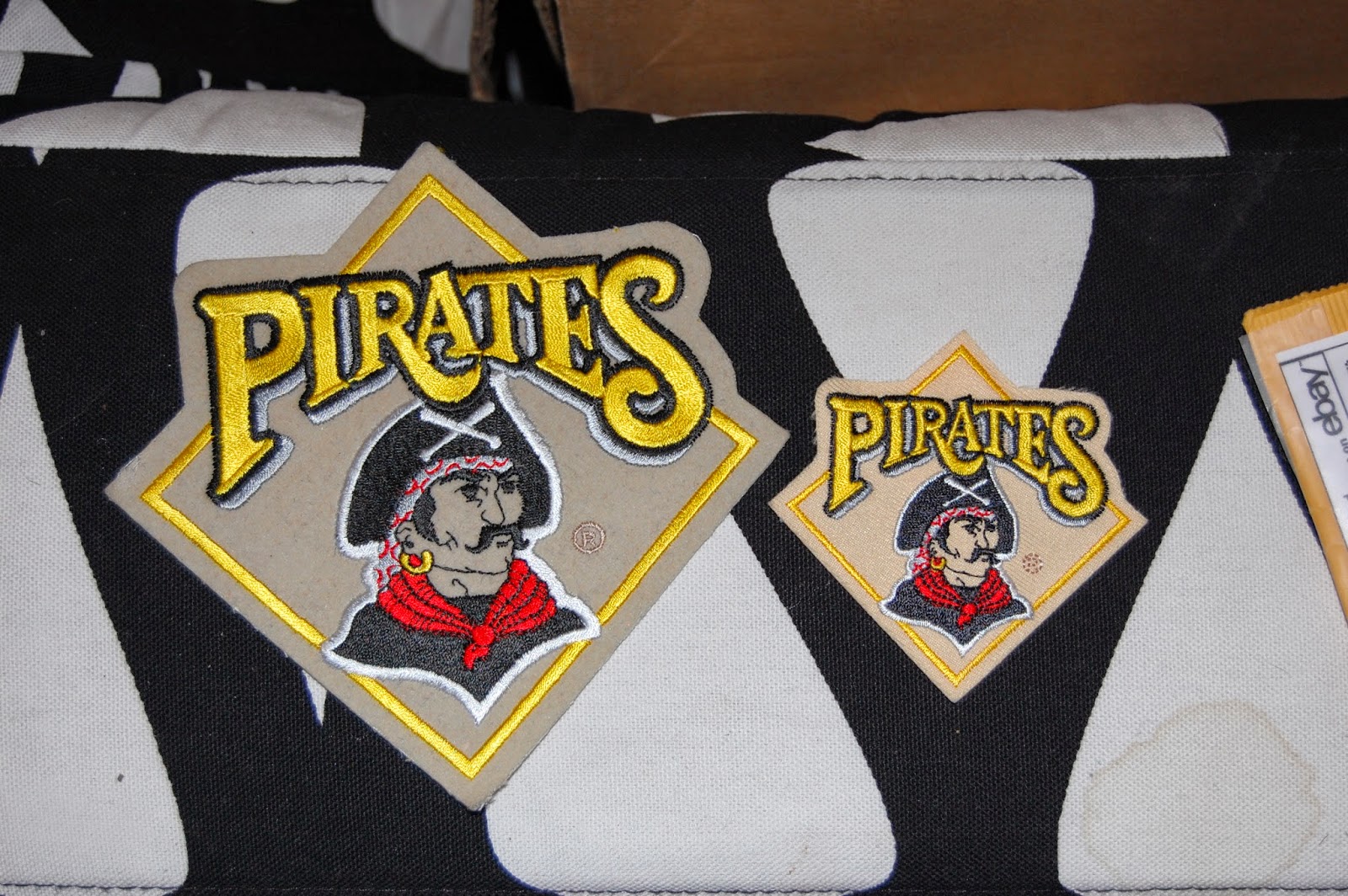 But the odds and ends didn't stop there.  I picked up two Pirate patches with the old logo, which may eventually find their way into some kind of framing project.  On top of that, I came home with a full array of Pirates shot glasses (I rarely drink, but they always seem to come in handy) and other odds and ends. 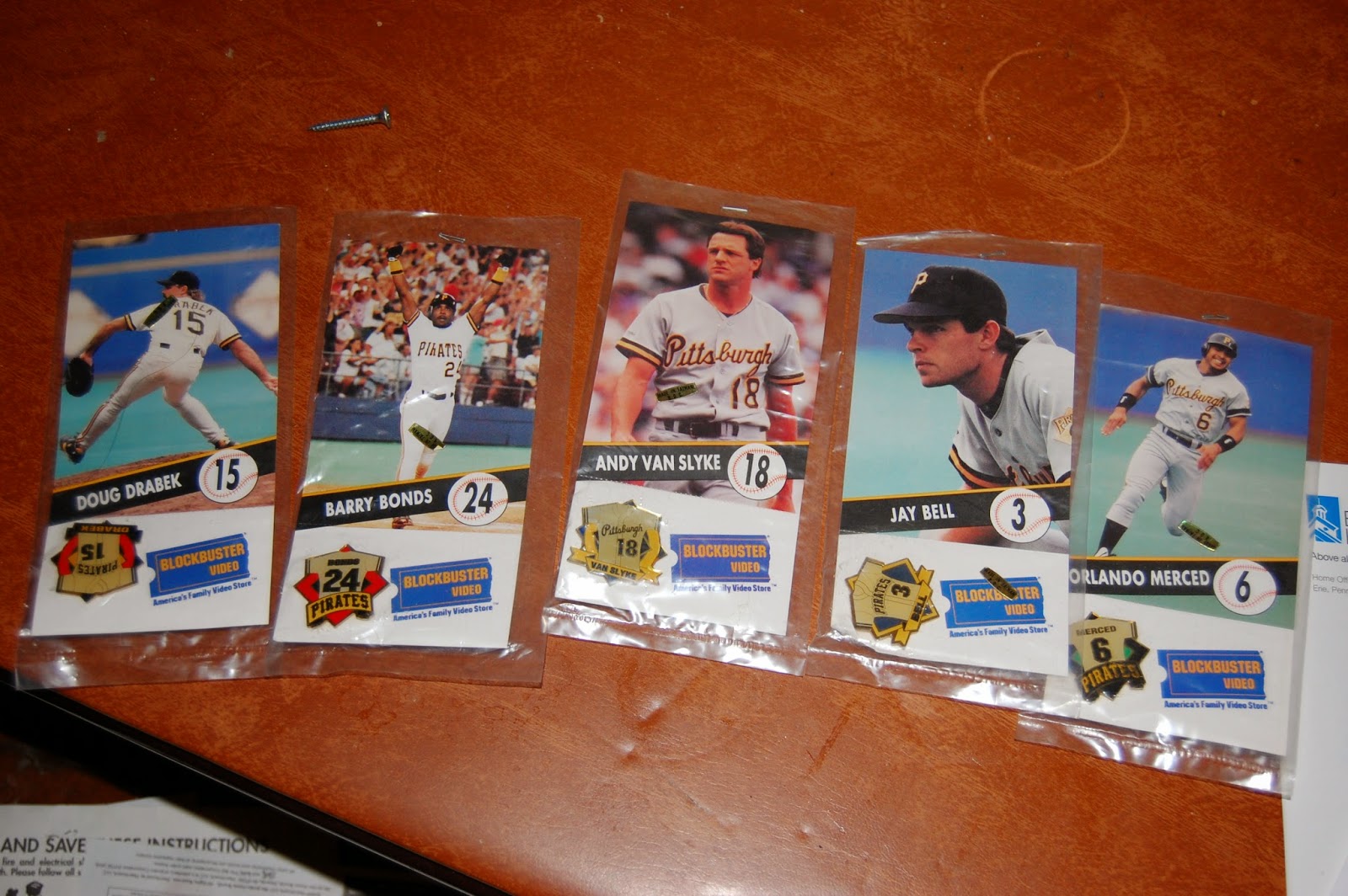 Perhaps the coolest of which was this Pirates pin set.  Remember when Blockbuster video used to...exist?  The set is from late 91/early 92, and features the major stars of a post-Bonilla Bucs team, along with rising star Orlando Merced.  Not sure what I'll do with them, but I do really like these pins.  For the time being I'll probably leave them bagged though, for the vintage advertising nostalgia along. 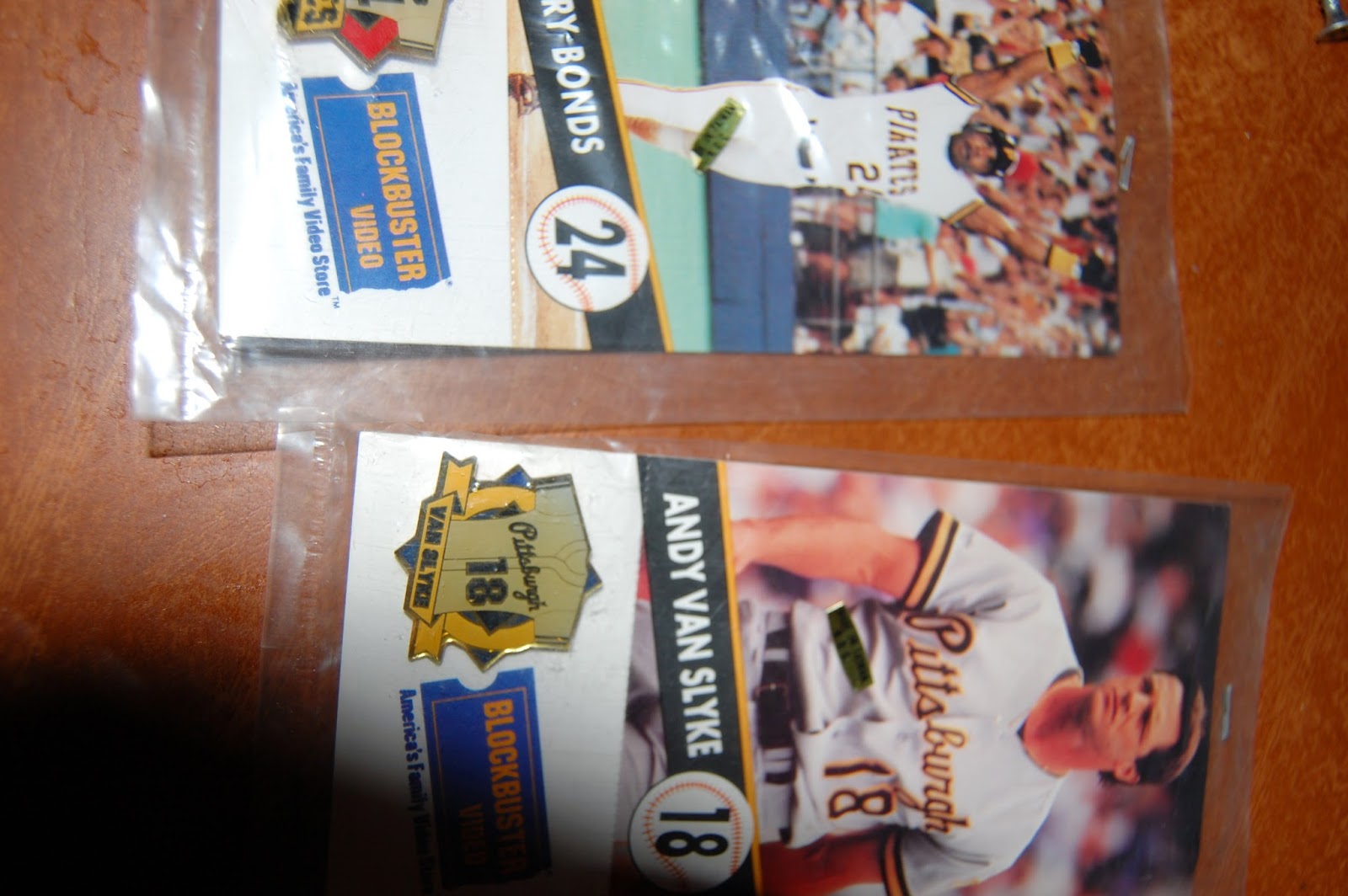