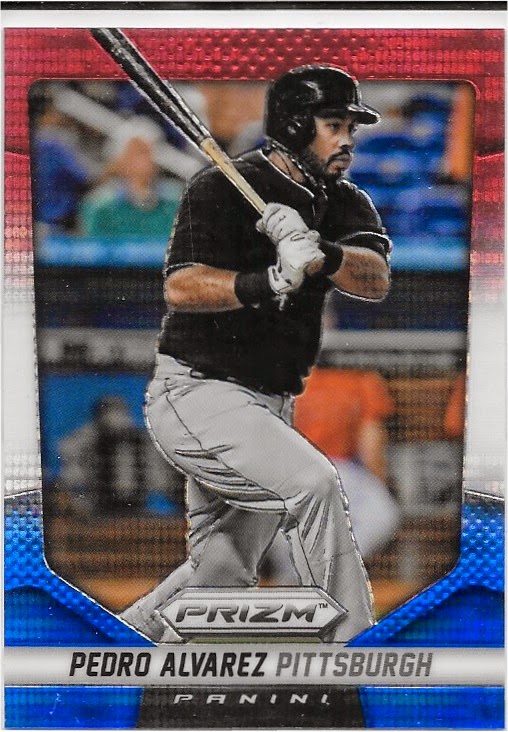 I've spent way too much time complaining about the glut of Topps parallels in recent years.  There are just. too. many.  But that doesn't mean I'm burnt out on parallels.  I'm just burnt out on hastily and shabbily done parallels.

When I saw the red, white, and blue refractor-esque cards in Prizm basketball, I could only hope they would find their way over to the baseball side.

Fortunately they did.  Tracking them down, however, was a very different issue.

I was lucky enough to finally find the Pedro Alvarez rw&b card for a little over a buck with free shipping.  Browsing through the other auctions the seller had, I came across two more Buccos.  Better yet, I managed to be the only bid on all three - three glorious cards for a little over $4 shipped right to my door. 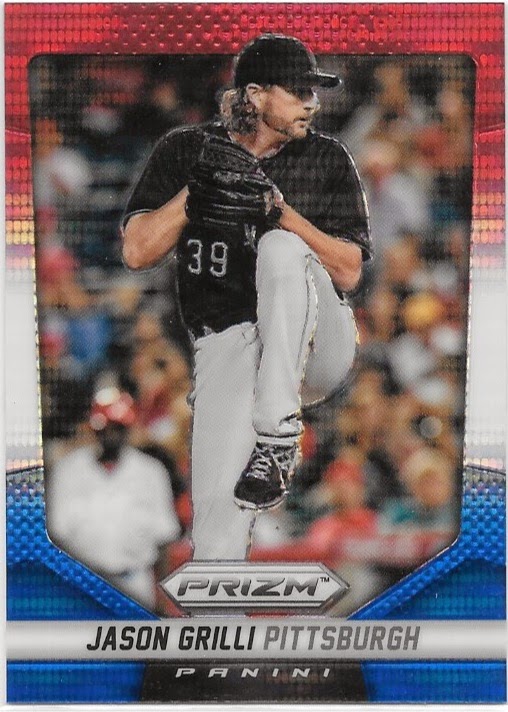 The cards look even better in person - the slight honeycomb pattern you can see on the borders gives the cards a slight x-fractor effect, in addition to the awesome color combo.  It's nice to see a card company tweak existing technology a bit, since it feels like Topps has been recycling the same refractor/xfractor effects since the Blue refractor and Super-fractors were added in 2005. 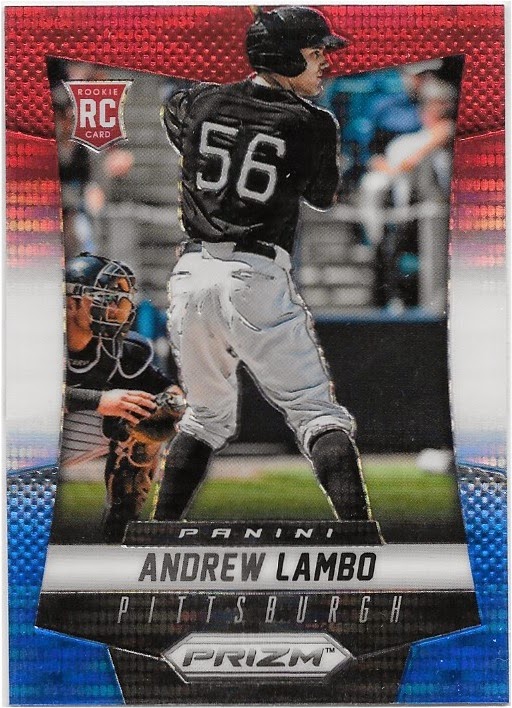 The down side is all three of these players haven't had the greatest seasons.  Jason Grilli was dumped to the Angels after a rough start to the season, and has excelled on the West Coast.  Pedro has turned into a domestic terrorist, assaulting innocent patrons along the first base line nationwide with errant throws.  And poor Andrew Lambo is stashed away at AAA, while baseball gods Michael Martinez and Brent Morel do their best impression of that kid in t-ball who couldn't get the ball out of the infield if his life depended on it.

It might be time to track down some more Prizm parallels, since this has started to be one of my favorite releases each year.
Posted by Mark at 9:07 AM