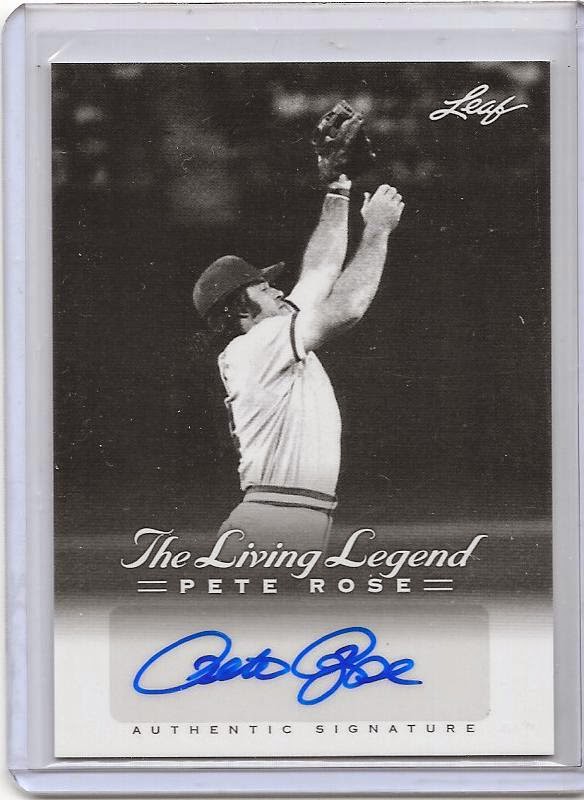 I gave up my box breaking ways years ago, after realizing that I was throwing away money into $50 boxes without even getting any cards I was interested in.  I've been pretty successful at staying away from wax since 2005, with a short relapse into a box of 2007 SPx that quickly sent me scurrying back to no-wax land.  But...it's the National.  All the talk of discount wax, case breakers pavilion, and exclusive cards was going to make it tough to resist breaking something.

I've had a few close brushes with the Leaf Pete Rose set.  I saw a few boxes at Redsfest in Cincinnati two years ago for $20, and almost pulled the trigger.  But didn't.  I saw quite a few people finding blasters discounted at Target for $12 or $13.  But a search of about half a dozen local targets yielded zip.

I briefly toyed with just buying a Rose auto on ebay, but my bids always came up short and I really wanted some of the awesome base cards.

When I saw a box at the National, with a guaranteed Rose auto in each box, it was a no brainer. 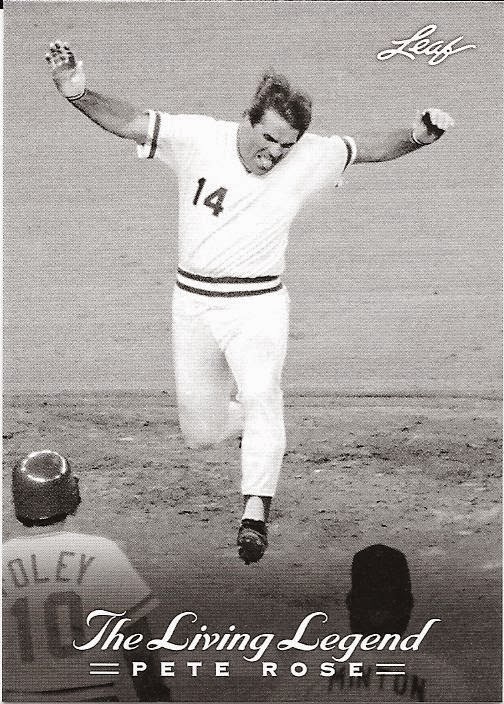 As far as the autograph goes, I think I did pretty well.  The photo is a bit dark, but it's a nice action shot in a Reds uniform.  Not bad, considering many of the cards in the set are clubhouse shots.  The cards all feature a short blurb detailing where and when the photo was shot, which is a nice touch.  My auto is from a game in 1978 against the Phillies. 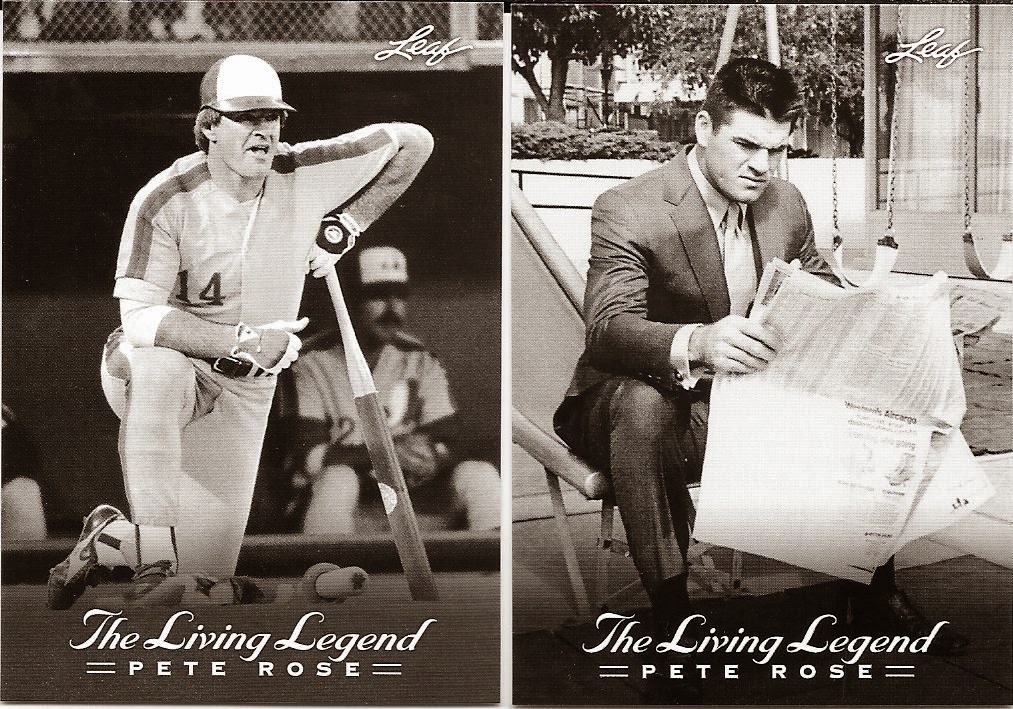 Even with airbrushed logos, some of the photos just look great.  I still need to add a Rose Expos card to my collection.  Others...not as much.  This photo of Pete Rose reading a newspaper is just a bit bizarre, and a little too oddball even for my taste.  I might have been a bit bummed if that had been my auto.  But overall the box was a great value, and adds one of my most wanted autos at a fantastic price. 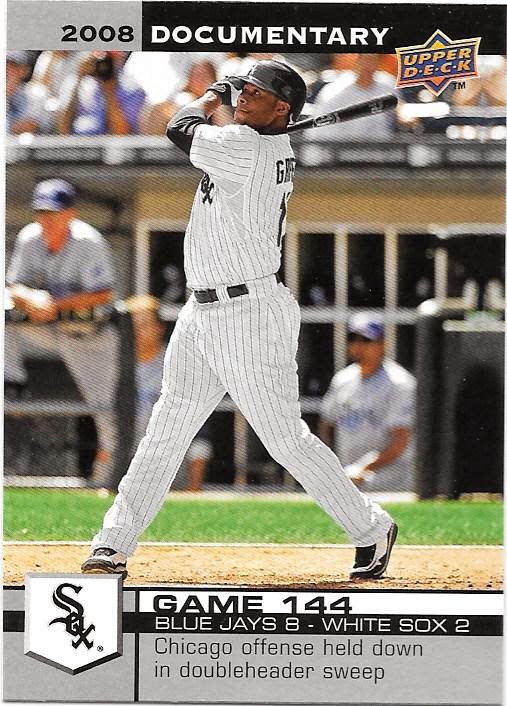 I also took a chance on a box of 2008 Upper Deck Documentary for a mere $10.  For that price, the chance to add a few more cards, maybe even a gold parallel, to my Pirates team set was welcomed. 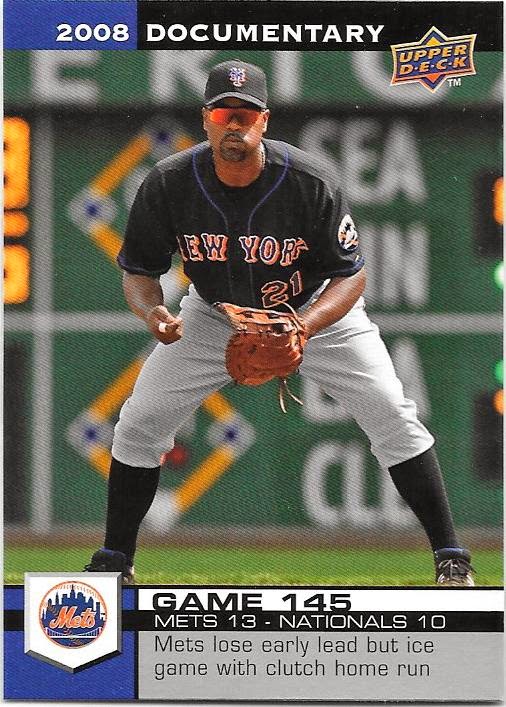 Apparently the box had other ideas.  I went a solid 7 packs before hitting my first Pirate, and didn't get any Pirates gold cards in the box.  I did manage to pull 4 new cards for my Pirates set, as well as a couple others that fit into my various player or mini collections, like the Carlos Delgado card above featuring a photo at PNC Park. 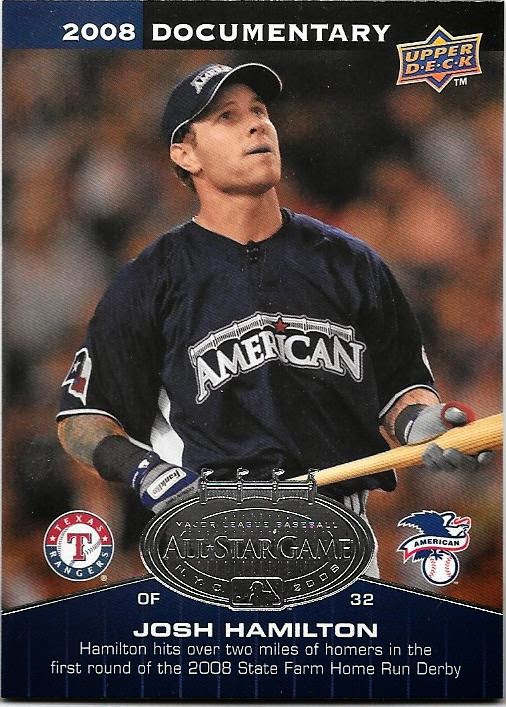 One strange thing about this product is the collation.  I've noticed cards will come in short runs of certain games - for example my box yielded Pirates games 72, 74, 74, 75.  Not pulled in any order, or from any successive string of packs.  But throughout the box there they were, in not so random order.

This set had so much potential when it was announced.  Instead UD recycled photos repeatedly, loaded the product with junk autos, and left this product as one I just want to finish so I don't have to think about it anymore.  But for $10, I really can't complain.  The Josh Hamilton ASG card is fantastic with a beautiful design.  And all things considered, my auto could have been a lot worse.  At least Jerry Blevins is still playing baseball, which can't be said for all the players on the auto checklist. 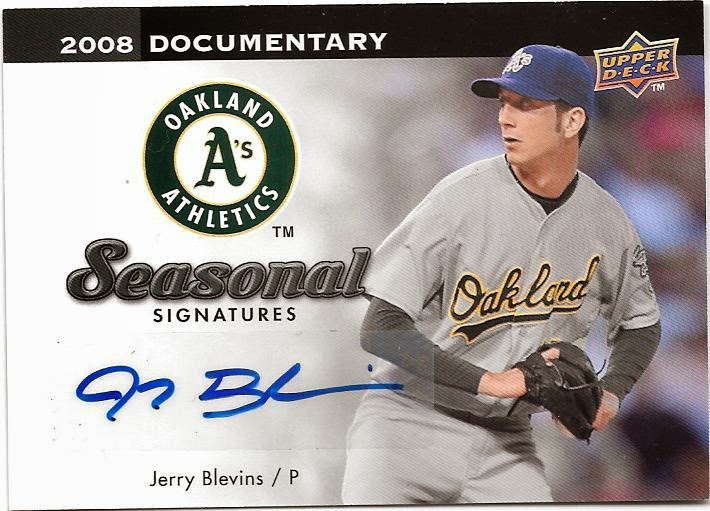