Side note:  If anybody else wants to join in on the 90's group break, get in touch with me asap.  I'll be ordering boxes tonight hopefully after the last few payments come through.  And of course I'll have a recap here after the break.

Ever made a collecting decision that had you jumping for joy and scratching your head at the same time?  (Note: Physical acts not required)  I headed over toward my parents' house this weekend to swing by the local mall show.  My mom pulled a sneak attack, needing help carrying the old cast iron bathtub out to the curb for garbage pickup before I could whisk away to the show.  But afterwards, I was off to the show, hoping to come home with maybe 30-50 new Pirate cards if I caught a lucky break or two.
And lucky I was.

I got to the central area of the mall where the dealers were set up (the "fountain" area, for those who appreciate the exceeding predictability of malls built in the 80's), and immediately realized it was going to be a rough show.  The usual trolls selling their 1983 commons 1992 full book price and the guy with the $15 Tom Gorzelanny autos were there.  I saw two tables covered with tshirts and football helmets, meaning the promoter made a half-assed attempt to cover up the table of a dealer who no-showed.  That left me with a grand total of 4 tables that I had even the slightest possibility of buying from.

I jumped into the first dime boxes I saw.  They looked like mostly the same boxes I went through last show, but I noticed one was entirely Pirates.  The dealer, who I've known since I was in middle school, had mentioned last show he had bought a bunch of boxes off a mutual friend, but hadn't gotten around to sorting the Pirates yet.  In I dove.

Within a few minutes, I had a hefty stack of cards.  Lots of oddball regional releases, Fleer boxed set cards, entire Update team sets.  Nothing that would have any value to most people, but would fill some very irritating empty slots in my binders.  While he took a quick trip up to Chic-fil-a for lunch, I took a glance at my pile.

It had to be pushing 300 cards, and I had only gone through the first two rows.  I'm a writer, not a mathematician.  But it didn't take a genius to realize even with the couple dollar break I was likely to get, I was still looking at $20-25 in dime cards, with that total growing by the second.

I decided to see what it would take to just buy the Pirate box outright.  After all, I could probably save a few dollars, and just as importantly save the time of flipping through the last row and move on to other tables.  When he came back, I made an offer.  $20 seemed fair - I knew what he had paid for the boxes, getting them dirt cheap at $5 each, and had already presumably pulled some decent parallels or inserts.  The doubles alone would probably be enough to repackage and make most of that cost back.  So out to the car I went with my box. 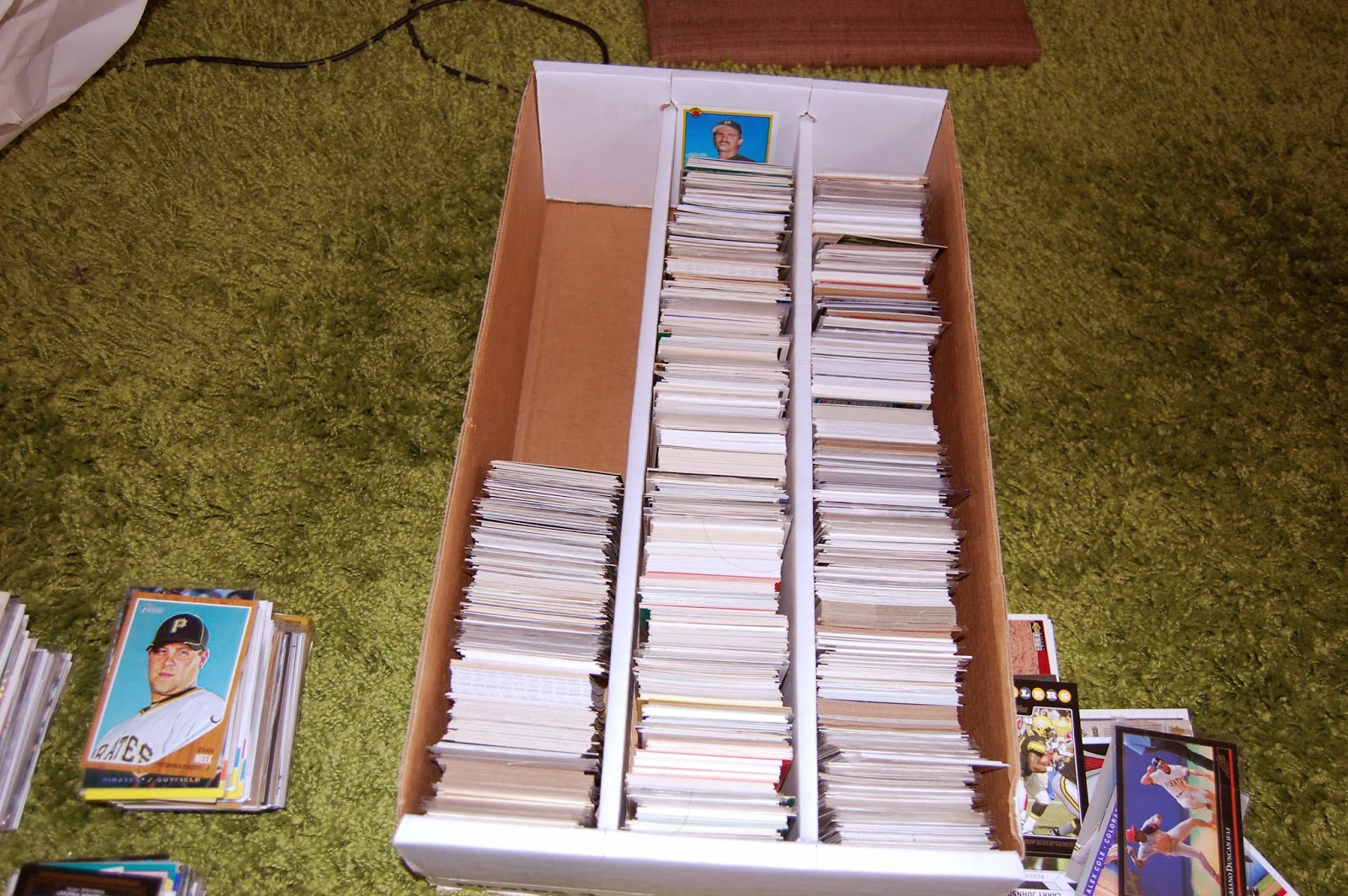 Kate was out celebrating a friend's birthday Saturday night, and then had early roller derby practice Sunday morning, so I camped out in front of the tv, started re-watching Agents of Shield Season 1, and began the great sort.  It was actually a pretty quick sort, breaking the cards down by decade, then year, and then cross referencing with my master Excel file.

Buying the box made things a little easier - when buying by the card, in inevitable end up buying doubles that I already had and didn't realize, or passing up cards I thought I had and didn't.  No such risk when you take the box home.

To give you some idea of how many cards I added to my collection, the box was full when I brought it home.  That gap in the first row would be all the new cards that I now need to enter into my spreadsheet. 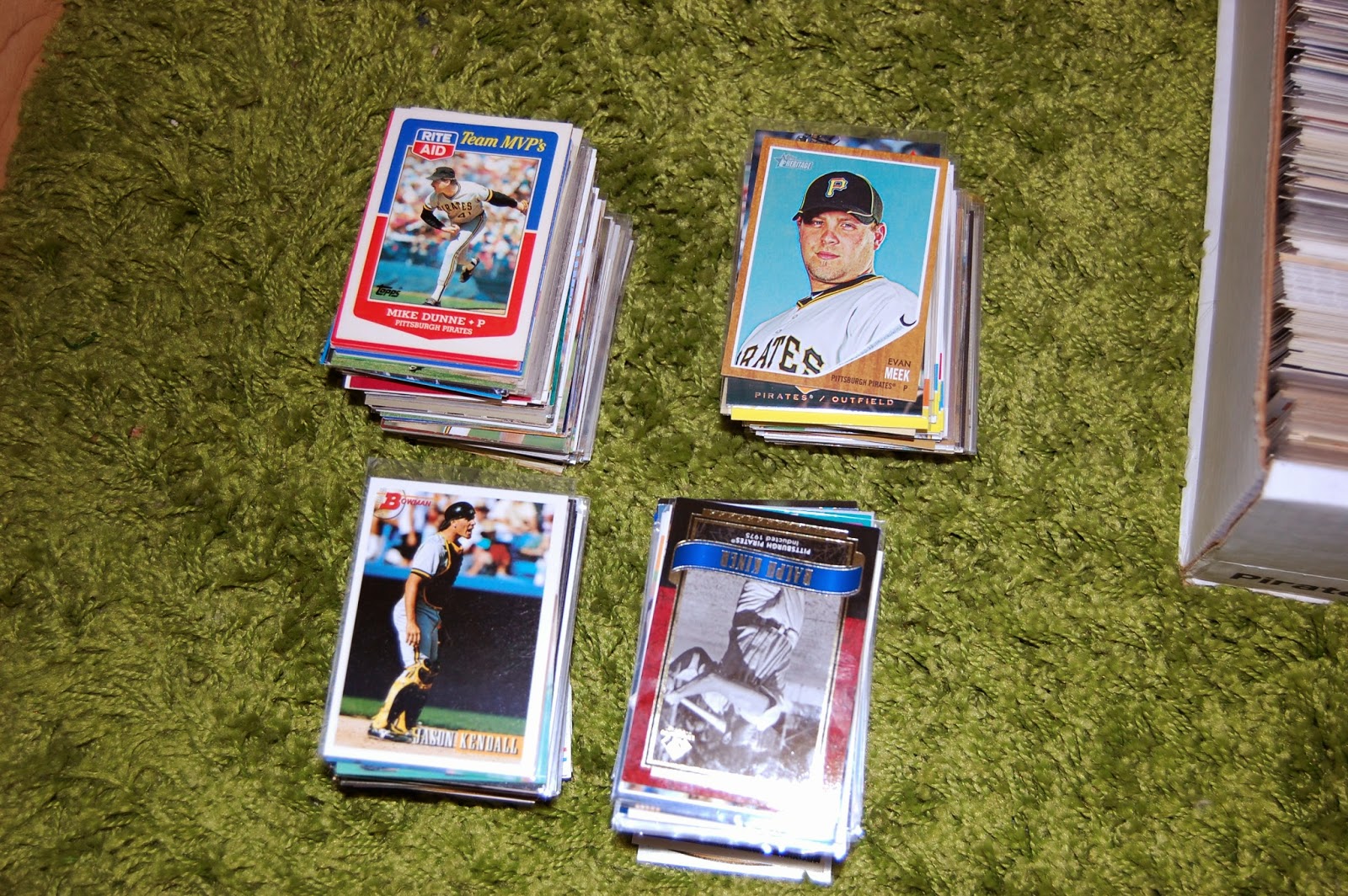 I haven't counted yet, but it looks like about 400 new cards.  So roughly $.05 a card for my new additions, plus a couple thousand doubles?  Yes please. 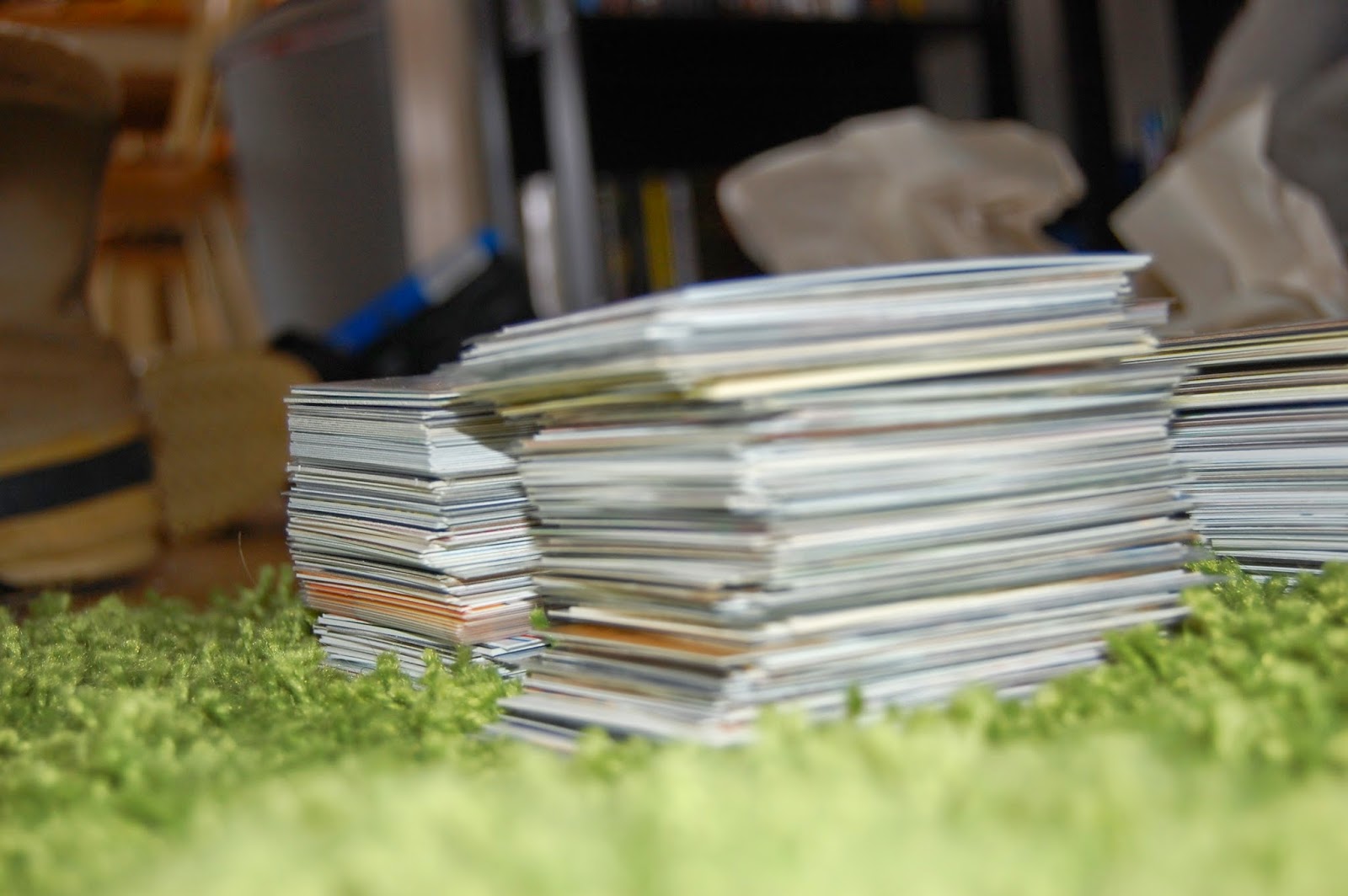 I'll pull out some cards to scan later, along with my other pickups from the show.  There were a lot of oddball releases I hadn't even seen before, including a stack of Bonds cards from sets like Post and Cracker Jack.  And nearly the entire team set of 2002 Upper Deck 40-Man, which I only had 3 or 4 cards from before.  And of course oddities like about 30 Justin Byler 2007 Bowman Chrome cards.

Better yet, the new additions will push me over 14,000 different cards.  The bad news?  My stack of cards in need of cataloging and sorting just keeps magically replenishing itself.  And I added yet another box of doubles to my closet. 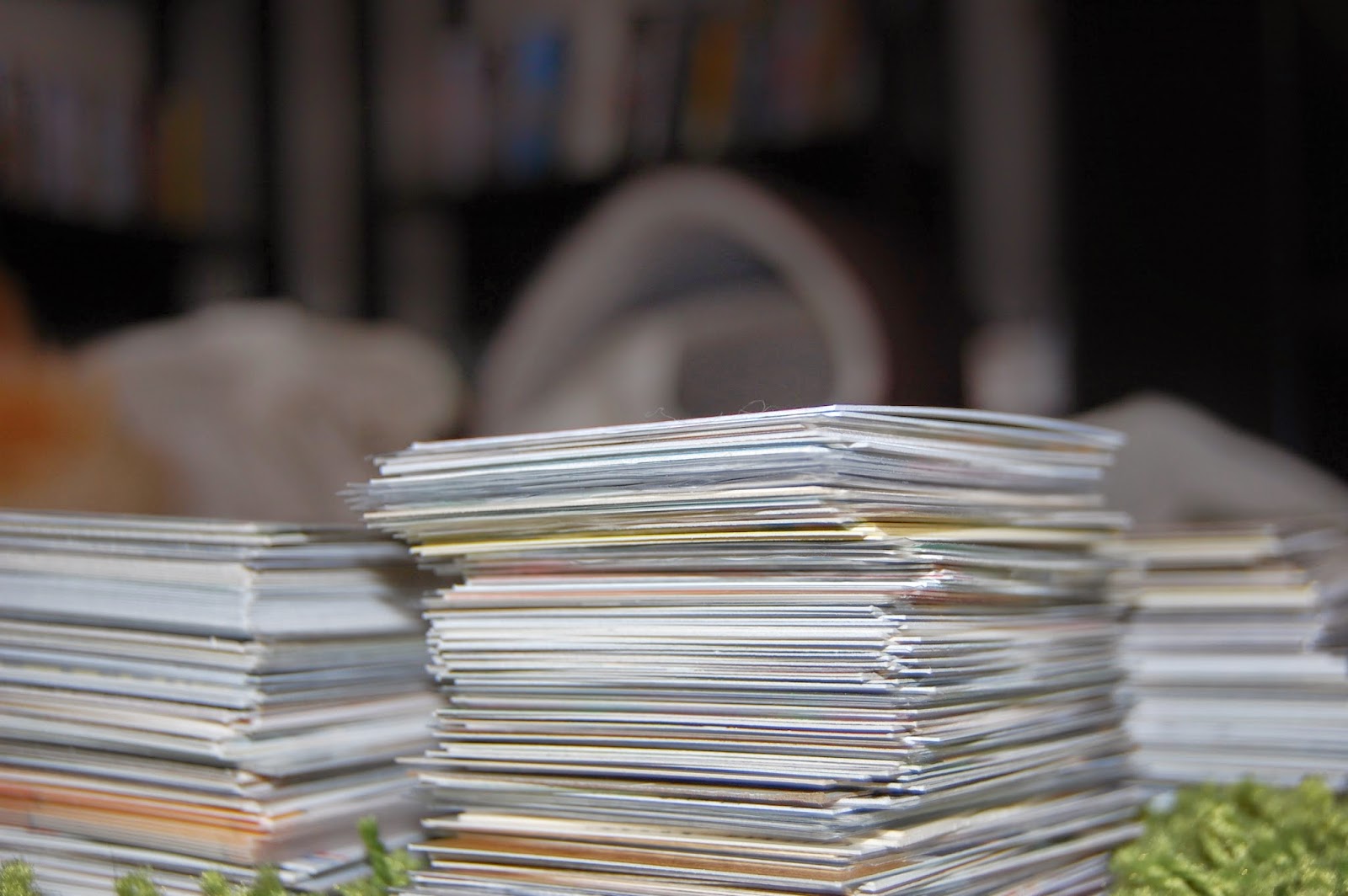